For fans of the This American Life spin-off podcast Serial, now is the waiting period. The popular podcast, which examined the 1999 murder of 18-year-old Hae Min Lee and her ex-boyfriend Adnan Sye 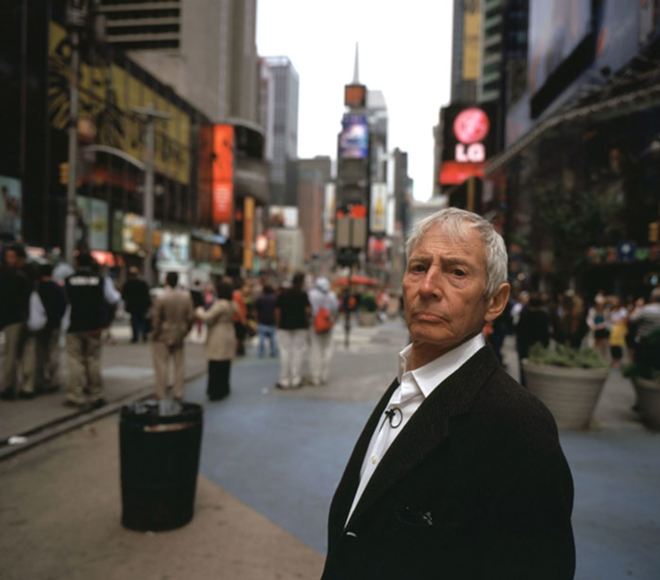 For fans of the This American Life spin-off podcast Serial, now is the waiting period. The popular podcast, which examined the 1999 murder of 18-year-old Hae Min Lee and her ex-boyfriend Adnan Syed’s conviction, concluded last December, and host Sarah Koenig is at work finding an equally captivating story to cover for Season Two. Meanwhile, HBO has a new true crime documentary series also delivered in weekly installments: The Jinx: The Life and Deaths of Robert Durst (8 p.m. Sundays).

While unrelated to Serial and Syed on the surface, The Jinx offers a similar investigative look at Robert Durst, a peculiar man from a wealthy New York real estate family that seems to be followed by crime and mystery.

Unlike Syed, who is serving a life sentence (but recently was granted an appeal), Durst remains free, not convicted of charges like the murder of his neighbor or the disappearance of his former wife. If you’re looking for a true mind-bending mystery to keep your attention like Serial did, look no further.

Director Andrew Jarecki first explored Durst’s story when working on his film All Good Things, based on Durst’s life and the disappearance of his young wife in the 1980s. Durst saw the film and reached out to Jarecki for an interview — which he’s never given publicly — and so The Jinx was born.

Without revealing too much of the plot (learning Durst’s story as the show unfolds is half the fun), this week’s episode looks at Durst’s childhood, which seems to be equal parts cushy lifestyle and family trauma.

So is he guilty or not? Like with Syed, viewers’ opinions of Durst are sure to sway.

American Idol (8 p.m., Fox) – Hollywood rounds continue this week, with contestants (including local Jess Lamb) performing solo before eliminations. The group will be cut down to 48 Thursday.

The Slap (Series Premiere, 8 p.m., NBC) – This new miniseries based on an Australian novel-turned-TV drama explores the fallout between family and friends when a man disciplines a child that is not his. Featuring a promising cast (Peter Sarsgaard, Uma Thurman, Zachary Quinto), each installment of the show takes on the perspective of a different character involved.

Portlandia (10 p.m., IFC) – In this week’s fashion-forward episode, Quinn becomes the face of Portland’s dollar store; Spike is sued over his line of unauthorized Simpsons apparel.

The Walking Dead (9 p.m., AMC) – The group encounters basic survival setbacks (in addition to mass walkers) as they make their way — on foot — toward Washington D.C. Seth Gilliam (Father Gabriel), Lauren Cohan (Maggie) and Robin Lord Taylor (Gotham’s Penguin, who also had a short stint on Dead) appear on Talking Dead at 10 p.m.

Better Call Saul (10 p.m., AMC) – Jimmy sets out to prove his dangerous client’s innocence, despite the issues it causes with Kim.

New Girl (9 p.m., Fox) – Jess and friends travel to her hometown of Portland, Ore., for her dad’s wedding.

The Mindy Project (9:30 p.m., Fox) – Big changes for Mindy! Danny and Mindy decide to move to San Francisco to start a practice with Rob, but Mindy’s credit situation threatens their ability to get a loan. Also: Baby!