This weekend, Cincinnatians can enjoy an inclusive Easter celebration, a Colonel Sanders action figure show and much more. 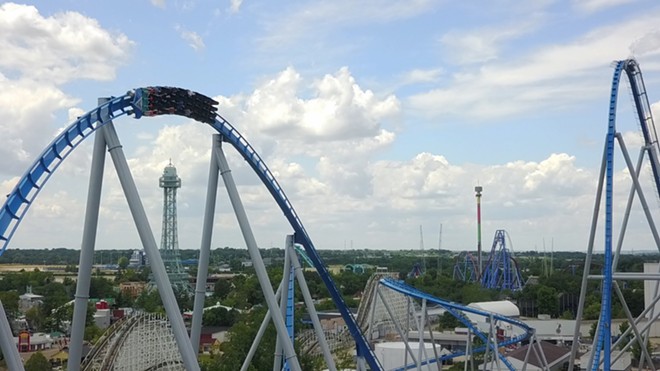 
The Colonel: A Group Art Toy Show at Earth to Kentucky
While a cartoonish illustrated likeness of Colonel Harland David Sanders is how most people recall the founder of KFC's visage (it's all over their fast food wrappers) people would generally not associate Colonel Sanders with action figures. That’s due for a change thanks in part to Covington’s indie toy shop Earth to Kentucky. The Colonel: A Group Art Show will display the work of more than 30 different artists from around the world, each piece a different unique depiction of Colonel Sanders using an action figure-sized “blank Colonel” sculpture made by Californian artist Scott Cherry as the primary template. Figure designs run the gamut of Guy Fieri, Batman’s nemesis The Joker, gold plated, pinstriped, dipped in acid — it’s colorful, absurd and strangely appetizing. 5-9 p.m., April 15. Free. Earth to Kentucky, 836 Main St., Covington, earth2kentucky.com.

ZORY: Inside Out (The Pandemic Portraits) at Wash Park Art Gallery
The pandemic affected everyone in different ways. Photography-based artist Matthew Zory used the isolation we all experienced to capture a unique collection of compellingly moody self-portraits, since there was a notable lack of company to snap photos of thanks to quarantine. 4-7 p.m., April 15. Free. Wash Park Art Gallery, 1215 Elm St., washparkart.com.

Final Fish Fry of the Season at Wyoming Meat Market
While the Wyoming Meat Market is best known as Cincinnati's premier hookup for wagyu beef, there's plenty of other tastiness to be found. This Friday will be the final fish fry of the season and if you haven't had anything cooked by Shelbi Nation, the market's new owner, this is the perfect first impression. Nation's worked in some of the nicest kitchens across the city, so you know their table is always laid with the best bites. Try fried shrimp and fried fish sandwiches or a lobster roll. Make any of the above a meal which will include house fries, onion rings and coleslaw. Noon-6 p.m., April 15. All fish is market price. Wyoming Meat Market, 513 Wyoming Ave., wyomingmeatmarket.org.

Praying of the Steps at Holy Cross-Immaculata Church
On Good Friday, which falls on April 15, thousands of Cincinnatians will ascend the steps of Holy Cross-Immaculata (HCI) in Mount Adams for the annual Praying of the Steps event. The practice of "praying the steps" is a Cincinnati tradition that started in the 1850s, "when Archbishop Purcell asked people to climb the hillside, praying that enough money would be raised to build Immaculata Church," says a release from the church. The pilgrimage up the hillside begins at 12:01 a.m. on Good Friday, with Catholics (or anyone of any religion — or non-religion) reciting a "Hail Mary," praying the rosary, saying "Lord Jesus, thank you for your most holy sacrifice" or reflecting on their own while making their way up the 100ish steps from St. Gregory Street to the church. Read editor-in-chief Ashley Moor's full writeup of the event in CityBeat. Begins 12:01 a.m., April 15. Free. Holy Cross-Immaculata, 30 Guido St., Mt. Adams, hciparish.org.

Kings Island’s 50th Anniversary Opening Day
Kings Island will celebrate a big anniversary this weekend. Saturday, April 16 is opening day for Kings Islands' 50th season of operation. The park, now with many record-breaking coasters, originally opened in 1972 and has managed to preserve its magic throughout the years. Officials plan to celebrate the park's history this season with a series of special events. To learn more of what they have in store, read digital content editor Maggy McDonel’s full writeup in CityBeat. 10 a.m.-10 p.m., April 16. Daily tickets start at $45. Kings Island, 6300 Kings Island Drive, Mason, visitkingsisland.com.

Easter Foster Hop! by the League for Animal Welfare
Easter Foster Hop! is a holiday pet foster opportunity for local families. Foster a League cat or dog for Easter as a fun, short-term foster (maybe leading to adoption?) to give a shelter pet a break from shelter life and give your family a fun new holiday tradition. Cats and dogs can be picked up by foster families on Saturday, April 16 and returned on Monday, April 18. The League provides the food and the pet; you provide the love (and maybe just a tiny bite of the Easter ham). 9 a.m.-noon, April 16. Free. League for Animal Welfare, 4193 Taylor Road, Batavia, lfaw.org.

Crafty Supermarket Spring Show at Music Hall
Some people use spring cleaning to clear out their extra stuff that’s been cluttering the home all winter long, but it’s really an excuse to go shopping for new fun stuff made by local artists. The Crafty Supermarket makes its triumphant in-person return after a two year hiatus, the annual spring market is finally able to meet in person again as the pandemic forced it, like so many other aspects of life, to go temporarily online only. Music Hall’s ballroom will host the market, which will be packed with vendors from the queen city and beyond. 11 a.m.-5 p.m., April 16. Free. Music Hall, 1241 Elm St., Over-the-Rhine, craftysupermarket.com.

Carpool Cinema: Jurassic Park at Clifton Recreation Center
Now that the weather’s improving we can all stay outside when it’s showtime. The Clifton Recreation Center will screen Jurassic Park, the classic film based on Michael Crichton’s bestselling novel about the danger of humanity’s hubris and the consequences it suffers when meddling with the natural order. Also, there are dinosaurs. If you want to drive up, be sure to pre-register online by noon the day of, the $5 it costs to pre-register a vehicle is returned as a $5 coupon for the concession stand. Jurassic Park is PG-13 for violence and intense science fiction terror. Parking lot opens at 7:30 p.m. and the film begins after sundown, around 8:15 p.m., April 16. Free. Clifton Recreation Center, 320 McAlpin Ave., cliftonculturalarts.org.

Some folks value Christian ideals but don’t feel comfortable in church, which is who Imagine Cincinnati would like to welcome to their Easter morning meetup at Esoteric Brewing, where they’re offering a free mimosa along with snacks and crafts. After your first drink there’s a $5 mimosa special until noon, along with Esoteric Brewing’s fine taplist. According to their website, Imagine Cincinnati is “a new inclusive, Jesus-following, antiracist, love and justice generating faith community.” 10 a.m.-noon, April 17. Free. Esoteric Brewing, 918 E McMillan St., Walnut Hills, imaginecincinnati.org.

Choke Chain, Blu Anxxiety, The Serfs and THX1312 at The Mockbee
Maybe all that Easter pastel some christians wear is not your style, you prefer black lipstick, leather jackets and combat boots. You’ll be in fashionable company if you attend The Mockbee Sunday night for their dark, synth-laden goth punk show. The featured acts embrace industrial, EDM-styles of music, making this a noir dance party sure to scare the shit out of square Easter-revelers. Local post-punk band The Serfs have made a good reputation for themselves abroad, releasing their debut full-length album through Germany’s Detriti Records; read music critic Brian Baker’s full review in CityBeat. 8 p.m., April 17. $10 suggested donation, pay what you can. The Mockbee, 2260 Central Parkway, Brighton, facebook.com/themockbee. 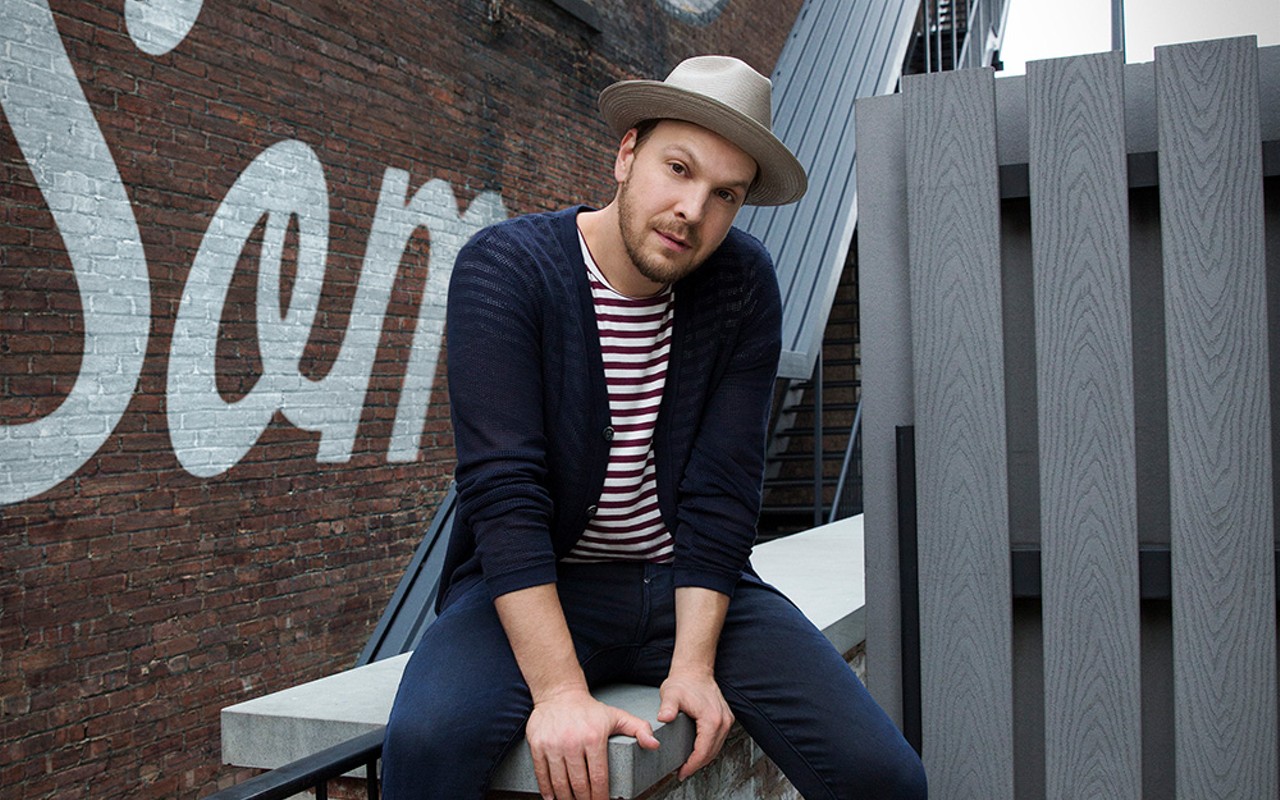 Kings Island Officially Opens for its 50th Year of Operation this Weekend: The park is hosting a series of special events throughout the season in honor of the anniversary.