This weekend promises a seafood festival, the return of the Western & Southern Open, a New Orleans-style parade and more. 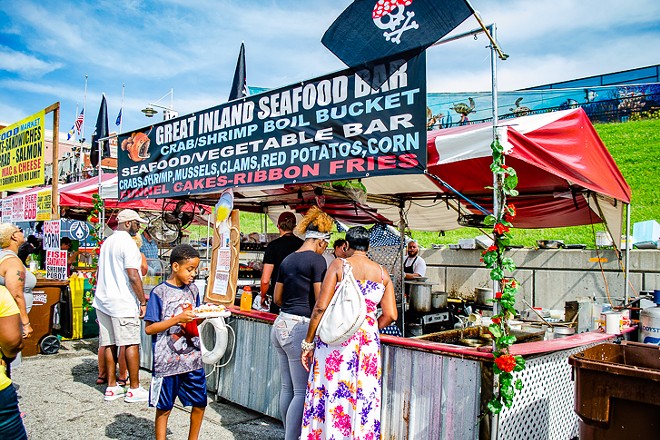 Great Inland Seafood Festival
The Ohio River may not be a body of water you'd typically associate with fresh seafood, but this weekend, Newport's Festival Park will be inundated with delicious sea creatures of every stripe. The Great Inland Seafood Festival brings multiple vendors to the riverfront, offering everything from oysters on the half-shell and shrimp po' boys to a crab boil bucket and seafood paella. Whole Maine lobsters will also be available for $11.95. Complement your crustaceans with beer and live local music all weekend. Read CityBeat's list of everything you can eat there. 5-11 p.m. Aug. 11 and 12; noon-11 p.m. Aug. 13; noon-9 p.m. Aug. 14. Free admission. Festival Park, Newport on the Levee, thingstodocincinnati.com.

Fight Club Screening at Sawyer Point
The first rule of this Fight Club screening at Sawyer Point is you must be 21+ to attend.  NightLight 513 is projecting this dark David Fincher classic at the park's P&G Stage on Aug. 12. In addition to the movie, tickets to this grown-ups-only event get you access to local food trucks, craft beer from Taft's and a pre-show DJ. The movie starts at sundown. 6:45 p.m. early entry; 7:30 p.m. general admission. $7.99 general admission; $10.99 early entry; $13 day-of (if available).  705 E. Pete Rose Way, Downtown, nightlight513.com.

MidwestCon at the Art Academy of Cincinnati
MidwestCon is a self-proclaimed "immersive experience" taking place this weekend at the Art Academy of Cincinnati. Hosted in part with Disrupt Art, the event promises "leading innovations in tech, DEFI, fintech, and crypto with activations across the city," according to its description. Experts from across the country will be on hand to discuss Web3, NFTs and the future of the metaverse as it applies to all aspects of art, culture, fashion and entertainment. Speaker topics include "NFTs 101," "CyberSecurity in the Digital Age" and "Women Who Disrupt Web3." The weekend will also include a music and fashion showcase and a Non Fungible Awards ceremony. See the full schedule online. Aug. 12-14. $30-$175. 1212 Jackson St., Over-the-Rhine, midwestcon.disrupt.art. 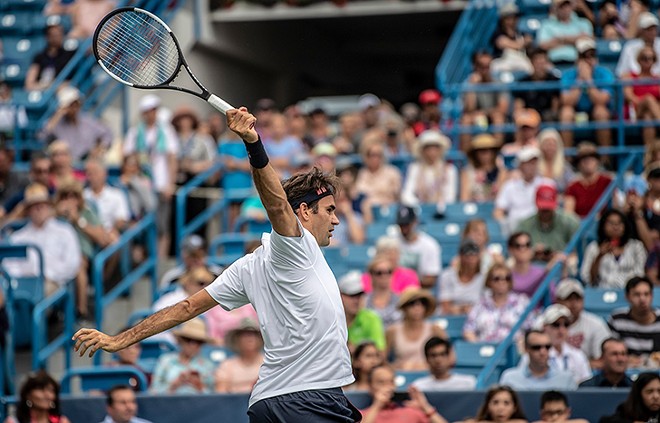 Western & Southern Open
Tennis, anyone? The answer better be yes as Cincinnati once again gets ready to host the Western & Southern Open, taking place Aug. 13-21. The star-studded tennis tournament includes the "world’s top 41 men and 39 women, led by No.1 players Daniil Medvedev and Iga Swiatek," according to a release. Other players slated to appear include both Venus and Serena Williams, Rafael Nadal and past tournament winners like Victoria Azarenka, Madison Keys, Garbiñe Muguruz and Karolina Pliskova for the WTA and Alexander Zverev, Grigor Dimitrov, Marin Cilic and Novak Djokovic for the ATP. Men will be competing for a $5 million prize, while women seek $2.8 million. Men's and women's singles finals will take place on Aug. 21. Aug. 13-21. Multi-day packages are sold-out but single-day tickets are available for $12-$85. Lindner Family Tennis Center, 5460 Courseview Drive, Mason, wsopen.com.

Fifty West Pool Run
Looking for a novel way to cool off after a summer run? Fifty West Brewing Company's Pool Run 5K literally ends at Ziegler Park Pool, where attendees are invited to cross the finish line by jumping fully clothed into the water. Runners can check in and leave behind any items they don't want to get wet before they take off for the 3.2-mile jaunt through OTR. A photographer will be stationed at the finish line to capture every splash. A pool party will follow, with Fifty West beer and provided pizza. Read CityBeat's story about the run. 6-10 p.m. Aug. 13. $40 registration. Ziegler Park Pool, 216 Woodward St., Over-the-Rhine, fiftywestbrew.com.

Northside Yacht Club Anniversary
The Northside Yacht Club is celebrating its seventh anniversary with a literal splash. The bar will be hosting a full-day party featuring a special Rhinegeist collaboration brew, the one-day-only return of its infamous deep fried chili cheese coneys — with a special eating contest — and a celebrity dunk tank. The dunk tank will feature famed locals like Blake "The Attorney" Maislin, chef Christian Gill, WCPO's Evan Millward and more, all to raise funds for Shelterhouse Cincinnati. The bar will also have a "shot and a slap booth" for charity, featuring its popular peanut butter tequila shot. 11 a.m.-close Aug. 13. Free admission. 4231 Spring Grove Ave., Northside, northsideyachtclub.com.

George Remus: A New Musical at The Carnegie
The outrageous life of local bootlegger George Remus will be recounted onstage in an original production. George Remus: A New Musical features a Jazz Age and ragtime score to accompany the tale of the infamous man, a multi-millionaire with a reputation as “The King of the Bootleggers," who gunned down his wife in Eden Park while they were on their way to a divorce proceeding (she had an affair with an undercover Prohibition agent and the duo stole Remus' fortune). The Carnegie’s content advisory for the show warns of “adult themes and language” and adds that it is “not suitable for young children.” Read CityBeat theater critic Rick Pender's full story about the production.  Aug. 13-28. $25-$32. The Carnegie, 1028 Scott Blvd., Covington, thecarnegie.com. 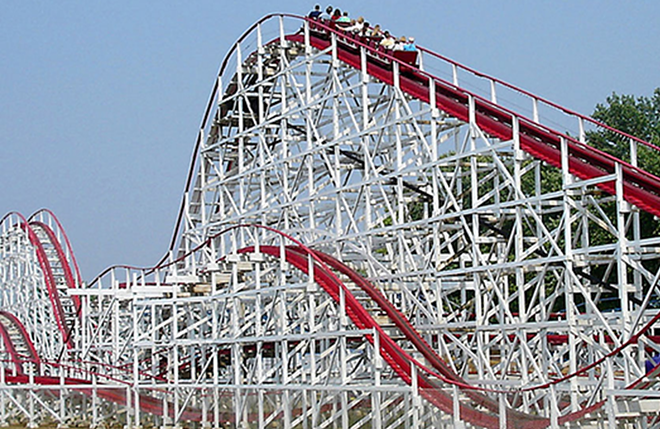 Family Day at Stricker's Grove
Stricker's Grove is a private family-owned and -operated, 25-acre old-fashioned amusement park located near Ross, Ohio. It is closed to the public for most of the year, except for Labor Day, the Fourth of July, Customer Appreciation Day and Family Day, which takes place this weekend. The nostalgia-inducing theme park is home to tons of games and classic rides, including a scrambler, tilt-a-whirl and swinging pirate ship, plus the Teddy Bear roller coaster, originally located at Coney Island. The park also boasts mini golf, games and more. Food and alcohol will be available for purchase on site. Noon-8 p.m. Aug. 14. $18 (includes rides, mini golf, free soft drinks); free ages 2 and under. 11490 Hamilton Cleves Road, Ross, facebook.com.

Taste of India
The Hindu Temple of Greater Cincinnati is commemorating the 75th anniversary of India's independence with the Taste of India. The temple's grounds will be taken over by booths celebrating Indian culture. There will be clothing and jewelry vendors, games, rides, Indian dancers and plenty of food options, featuring everything from momos and pani puri to curries and Bengali sweets. 11 a.m.-7 p.m. Aug. 14. Hindu Temple of Greater Cincinnati, 720 Barg Salt Run Road, Summerside, cincinnatitemple.com.