From live opera in the park to the Isley Brothers at Cincy Soul: The Black Taste and plenty of county fairs, there's much to do this weekend.

Cincinnati Opera's Tosca at Summit Park — Cincinnati Opera is back onstage, returning to its roots with outdoor performances this summer. The series includes three classic operas — Carmen, Tosca and The Barber of Seville — presented in roughly 90-minute productions at Summit Park in Blue Ash, featuring stellar casts, accompaniment by the Cincinnati Symphony Orchestra and a 36-member chorus. CityBeat reviewer Anne Arenstein called this production of Carmen — with remaining shows July 26 and 30 — fierce, and said everyone is at the top of their game. Tosca (July 23, 27 and 31) marks the company debut of acclaimed soprano Ana Maria Martinez as the tempestuous diva. The antic Barber of Seville (July 24 and 29) rounds out the season, with Christopher Kenney as the wily barber Figaro, mezzo Rihab Chaieb as the feisty Rosina and tenor Aaron Blake returns to sing her suitor Count Almaviva. Tickets are limited or sold out, but seem to still be available for $50 for the July 23 production of Tosca. Summit Park, 4335 Glendale Milford Road, Blue Ash, cincinnatiopera.org. 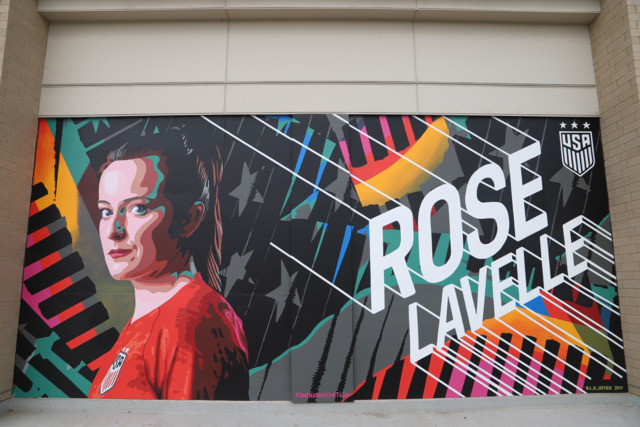 Cincy Soul: The Black Taste — Head over to Sawyer Point Park and Yeatman’s Cove on July 24 for Cincy Soul: The Black Taste, which will offer a wide selection of soul foods by Black-owned businesses in the Cincinnati area. Immerse yourself in African American cultures, heritage and traditions that will not only educate but also provide an entertaining experience. There will also be special live performances from the Isley Brothers, Ari Lennox and SWV. 7-11:30 p.m. July 24. $60-$250 (includes a live concert by the Isley Brothers). Sawyer Point Park & Yeatman’s Cove, 7705 E. Pete Rose Way, Downtown, universe.com.

Clive Farrington at Bircus Brewing Company — The lead singer of the 1980s band When In Rome will make an appearance at the Ludlow, Kentucky, brewery as a part of Bircus’ "80’s Summer Concert Series." Known for the song “The Promise,” Farrington will perform that hit in addition to the group’s other dance tunes. Dublin Defense, a local band, will follow Farrington in the concert series on Aug. 7. 7 p.m. July 24. $15-$50. Ludlow Theatre, 322 Elm St., Ludlow, bircus.com.

Pride Night Party and Drag Show at Coney Island — Pride Month may technically be over, but one local group is celebrating all summer long. On Saturday, July 24, local event organization FUNKē Presents is throwing a Pride night party at Coney Island's massive Sunlite Pool. The 21-and-up nighttime pool/dance party, dubbed "Pride Island Wet Party," welcomes the LGBTQ+ community — and their family, friends and allies — to join in an inclusive celebration. There will be a drag show by local performers Brock Leah Spears, P.H. Dee and Sarah Jessica Darker, as well as headliner Kylie Sonique Love, who may or may not be on this season of RuPaul’s Drag Race All Stars, the release teases. 8:30 p.m.-midnight July 24, with the drag show kicking off at 9:30 p.m.Tickets can be purchased in advance for $25 or can be purchased $30 at the door on the night of the event. Coney Island, coneyislandpark.com/events.

Andrew J Brady ICON Music Center Open House — The Andrew J Brady ICON Music Center at The Banks is the new music venue on Cincinnati's riverfront from Music & Event Management, Inc. (MEMI) — and it's ready for its close-up. MEMI is inviting the public into its state-of-the-art venue for an open house. The open house will, of course, include live music from local acts. Concessions will offer everything from Skyline coneys and Papa John's pizza to beer and non-alcoholic beverages. Photo ops and face painting will be available. 10:30 a.m.-2:30 p.m. Sunday, July 25. Free. 25 Race St., Downtown, iconmusiccenter.com.