The art will be Cincinnati-themed and will include iconic architecture, skylines and flying pigs to reflect the Downtown area, culture and community. 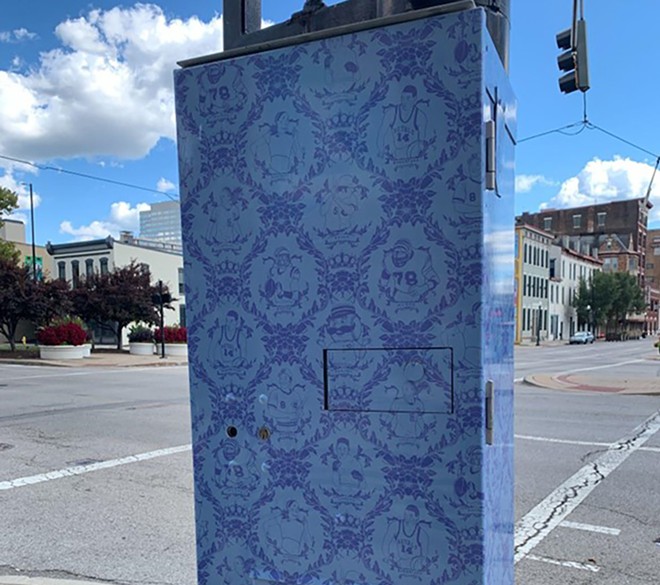 Photo: Provided by 3CDC
Artwork developed by 3CDC and Keep Cincinnati Beautiful will be on display at 21 Downtown traffic boxes early this fall.

3CDC has been working on a project of its own to remove graffiti from city areas, including traffic boxes. To clean the units, it chose to partner with KCB, whose mission is to revitalize Cincinnati and maintain safety and cleanliness throughout the city. KCB has created various art projects to beautify vacant and rundown areas of Cincinnati.

The organizations chose to collaborate, deciding to kill two birds with one stone by installing artwork on often-vandalized Downtown traffic boxes.

“3CDC’s Downtown Ambassadors spend a lot of time removing graffiti from chronically tagged traffic boxes,” Marissa Reed, senior project manager with 3CDC, says in a press release. “We’ve seen this model work well as a graffiti deterrent in other neighborhoods and are excited about the work we’ve done with Keep Cincinnati Beautiful to bring a little pop of art to unexpected places around Downtown.”

According to the release, the two organizations will be altering 21 traffic boxes around the city, which will be visible on Elm, Race, Vine, Walnut and Main streets between Central Parkway and Seventh Street beginning this fall. 3CDC and KCB say they hope to expand the project to include traffic boxes in Over-the-Rhine.

KCB will be creating the artwork affixed to the traffic boxes, which will be Cincinnati-themed and will include iconic architecture, skylines and flying pigs to reflect the Downtown area, culture and community. The art is inspired by classic wallpaper and will be physically wrapped around the traffic boxes, 3CDC says. 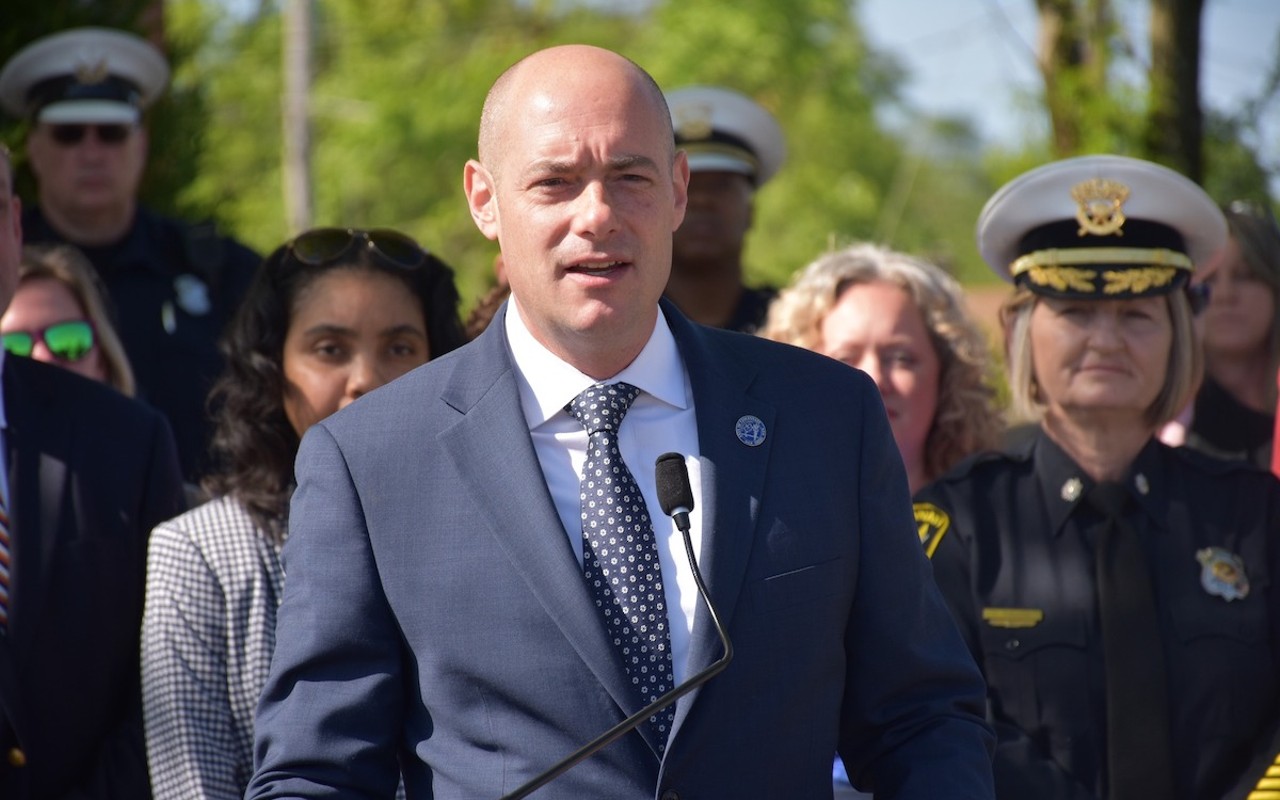 “The Traffic Box collaboration between KCB and 3CDC is yet another example of both organizations working together to bring beauty, art, and community pride to Cincinnati," Jonathan Adee, executive director of Keep Cincinnati Beautiful, says in the release.

Joe Rudemiller, the vice president of marketing and communications for 3CDC, tells CityBeat that the first art installment was completed on Sept. 27 at the corner of Elm and Central Parkway. "The remaining 20 boxes that are part of the first phase will be installed over the next few weeks, with the goal of getting all 21 installed prior to BLINK," Rudemiller says.