8 Fall Films to Watch For 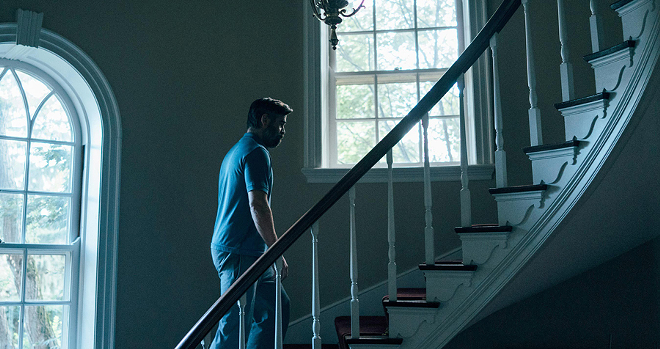 Break out the fuzzy socks, slip on a hoodie and escape the autumn chill with these upcoming fall films that exude thrills, warmth and some that will probably make you cry — including one indie favorite filmed in the heart of Cincinnati. Here’s a few we’re looking forward to (in no particular order).

Mother! — Directed by Darren Aronofsky (Black Swan, Requiem for a Dream), this psychological horror revolves around a mysterious couple (Michelle Pfeiffer and Ed Harris) arriving at the doorstep of Jennifer Lawrence’s and her artist husband Javier Bardem’s isolated country mansion. With comparisons to Rosemary’s Baby, spiraling music plays in the trailer as Lawerence’s character picks at a fleck of blood-stained carpet — flashes of her face contort in terror and confusion as strangers overtake her home. Its seemingly vague plotline makes it feel even more horrifying. By the looks of it, it’s never too early to prepare for Halloween frights. Release date: Sept. 15

Kingsman: The Golden Circle — Eggsy (Taron Egerton) returns to the big screen in the next installment of this spy-flick romp complete with a healthy dose of English-ness. After their headquarters are destroyed, he and fellow Kingsmen join forces with their counterparts across the pond. Plus, Colin Firth will be back (which is all that matters, really). Release date: Sept. 22

Blade Runner 2049 — “Every civilization was made off the back of a disposable workforce and I can only make so many,” Jared Leto’s character coos, setting the dystopian tone for the next installment in the Blade Runner franchise. Directed by Denis Villeneuve (Arrival), fans of the original ’80s sci-fi flick can expect this film to take place 30 years after the events of the original with Ryan Gosling as an LAPD officer seeking Rick Deckard (Harrison Ford). Release date: Oct. 6

Goodbye Christopher Robin — Post-World War I, A.A. Milne enchanted and comforted England with tales of Winnie-the-Pooh and the Hundred Acre Wood he occupied. Goodbye Christopher Robin explores the intricacies of Milne’s relationship with his son, who inspired the imaginative tales that would go on to be a cultural, international phenomenon. Bring tissues. Release date: Oct. 13

The Snowman — After a boy finds his mother’s pink scarf on the shoulders of a snowman, detective Harry Hole (Michael Fassbender) must unravel the mystery of a chilling serial killer who claims his victims with each snowfall. Based on the bestseller by Jo Nesbø, this may be the most terrifying film October has to offer. Release date: Oct. 20.

Suburbicon — Drenched in satire and dark comedy, this Coen Brothers screenplay was plucked from the vault by director George Clooney. In the idyllic suburban ’50s, one man (Matt Damon) must traverse his town’s dark underbelly while continuing to preserve his family’s picturesque nuclear image. Release date: Oct. 27

The Killing of a Sacred Deer — This Cincinnati-filmed psychological thriller has garnered buzz at the Cannes Film Festival for being layered in both absurdity and pure terror. Yorgos Lanthimos (The Lobster) has attempted to craft a tale that drips in the unfathomable. A surgeon (Colin Farrell) and his wife (Nicole Kidman) adopt a teenage boy, but the teen’s actions become more disturbing as time wears on and Farrell must make an unthinkable choice. Release date: Nov. 3

Call Me by Your Name — Adapted from a novel by André Aciman of the same name, this coming-of-age Sundance selection by Luca Guadagnino explores a romance between 17-year-old Elio (Timothee Chalamet), an American-Italian boy who spends his days reading, transcribing and playing Classical music, and an older American scholar, Oliver (Armie Hammer). Set in 1983 in sundrenched, countryside Italy, the environment feels as dream-inducing as the characters within. Release date: Nov. 24

Thor: Ragnarok — Marvel gets fantastically campy with the upcoming Thor release. Held captive by Grandmaster (Jeff Goldblum) on planet Sakaar, Thor must battle in a gladiator-style competition against the Hulk in order to return to Asgard to save it from destruction by Hela (Cate Blanchett in an awesome horned headdress). Release date: Oct. 25

The Disaster Artist — James Franco tackles the making of Tommy Wiseau’s cult film The Room, repeatedly named one of the worst movies literally ever. Based on the book by The Room’s Mark (Oh, hi Mark), Greg Sestero, Franco plays Wiseau while his brother, Dave Franco, plays Sestero. Release date: Dec. 1 ©