This weekend, there's stand-up comedy, a Broadway-meets-Cirque Cincinnati Pops production and the Bengals vs. Titans game.

Now that we've officially passed Blue Monday (aka the third Monday in January, also known as the most depressing day of the year), it's time to look toward the weekend for some fun activities.

This weekend, there's stand-up comedy, a Broadway-meets-Cirque Cincinnati Pops production and the Bengals vs. Titans game.

*Please make sure to visit venue websites to double-check their current COVID vaccination/test and masking policies.

Ma Rainey's Black Bottom at the Cincinnati Shakespeare Company
One of playwright August Wilson's Century Cycle works, Ma Rainey's Black Bottom takes place in Chicago in the 1920s. The titular Ma Rainey is a Blues singer who is recording with a band as tempers flare around art, music and control. As Cincy Shakes describes it, "As egos and generational ideologies clash, heated conflicts erupt between everyone present that wrestle with the complexities of racism and artistic exploitation." A warning: This play does contain adult themes and language. Through Feb. 12. Tickets start at $14. 1195 Elm St., Over-the-Rhine, cincyshakes.com.

Cirque Goes Broadway with the Cincinnati Pops
The Cincinnati Pops are running away to the circus — or at least the cirque. John Morris Russell conducts the Pops in an evening of Broadway tunes including works from Les Miserables, Frozen and Miss Saigon. In addition to sing-along-style hits, the Pops says "contortionists, balancers, tumblers and athletes on aerial silks" will be performing above the stage. 7:30 p.m. Jan. 21 and Jan. 22; 2 p.m. Jan. 23. $25-$225. Music Hall, 1241 Elm St., Over-the-Rhine, cincinnatisymphony.org.

Moerlein Lager House 10th Anniversary Prix-Fixe
Moerlein Lager House is celebrating its 10th anniversary this year. And while they had an official seven-course beer dinner on Thursday, the beer-and-food fun lasts through Fat Tuesday. From Jan. 21-March 1, the brewpub is offering a three-course meal for $39 featuring Broadway pea salad, birria braised short ribs and a cinnamon-and-sugar German pretzel. Order the 10th anniversary Heller Bock to accompany your meal and get a branded commemorative pint glass to take home (while supplies last). Through March 1. $39. 115 Joe Nuxhall Way, The Banks, moerleinlagerhouse.com. 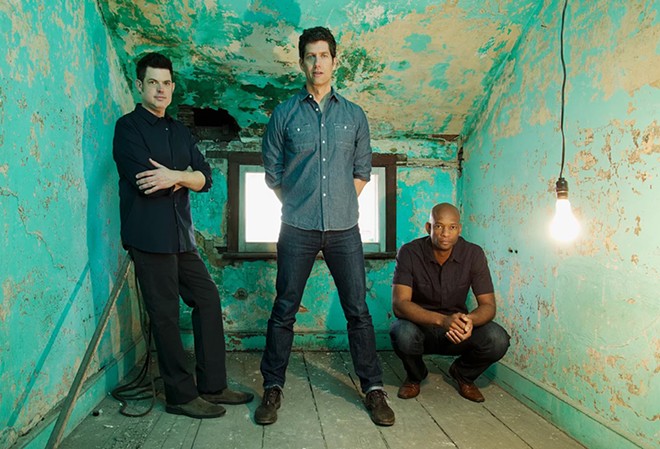 Better Than Ezra and Tonic
Two '90s favorites are heading to the Hard Rock Casino. Better Than Ezra and Tonic will be joining forces for Saturday's show. Maybe most well-known for their hit "Good," Better Than Ezra was formed in New Orleans in 1988 and is listed as one of Billboard's “100 Greatest Alternative Artists of All Time.” Tonic was formed in L.A. in 1993 and rose to fame with singles including "If You Could Only See" as well as “You Wanted More," from the American Pie soundtrack. 8 p.m. Jan. 22. Tickets start at $24. Hard Rock Casino, 1000 Broadway St., Pendleton, hardrockcasinocincinnati.com.

Rule the Taproom Watch Party at MadTree
Basically, every bar in Cincinnati will have the Bengals vs. Titans game on this Saturday, so here's just one example of where to stream it. MadTree says they are adding more TVs to their Oakley taproom, and they'll have pizza, wings and pitchers of beer. Oh, and the sound will be on! 4-8 p.m. Jan. 22. Free admission. 3301 Madison Ave., Oakley, facebook.com.

Bridalrama
For all the couples that got engaged over the holidays and are ready to start planning their big day, Bridalrama is back at the Duke Energy Convention Center with a ton of exhibitors. Get face-to-face with professionals ranging from photographers and DJs to cake-makers, caterers and florists. There will also be gowns and tuxedos on display, plus fashion for bridesmaids. 11 a.m.-4 p.m. Jan. 22 and Jan. 23. $10 at the door; $20 for four. 525 Elm St., Downtown, bridalrama.net. 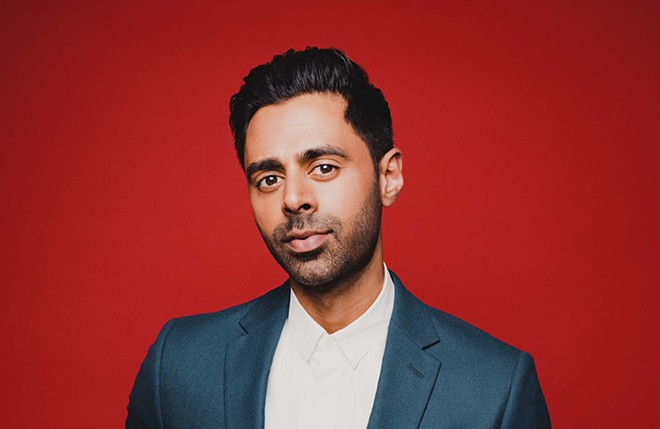 Hasan Minhaj at the Aronoff Center
Comedian Hasan Minhaj is bringing his The King's Jester tour to the Aronoff Center on Sunday. The one-man show features Minhaj "returning to his storytelling roots," per a description on his website. The stand-up is well known for his stint as a Daily Show senior correspondent, and also for his Peabody Award-winning Netflix show Patriot Act with Hasan Minhaj and stand-up special Homecoming King. Note: This show is a phone-free show. 7 p.m. Jan. 23. Tickets start at $45. 650 Walnut St., Downtown cincinnatiarts.org.

Cincinnati Public Library's Winter Checkout Challenge
Don't want to leave the house? You don't have to. The Cincinnati Public Library is hosting a "checkout challenge" through Feb. 25. Head to cincinnatilibrary.org/winter to join and write down everything you rent, borrow, read, etc. from the library's materials. You'll get a free tote bag just for signing up, but you can also win grand prizes like a Kindle Fire HD or a date-night package. You have to do five "challenge" activities, like attending a virtual event, going to a branch you've never visited or checking out a recommended book, to enter the grand prize contest. The challenge runs through Feb. 25. Free. Get details at cincinnatilibrary.org/winter.