In The Promise, Terry George sets his sights on a perilous period of early 20th century history, the last days of the Ottoman Empire, which gave way to the Armenian genocide. 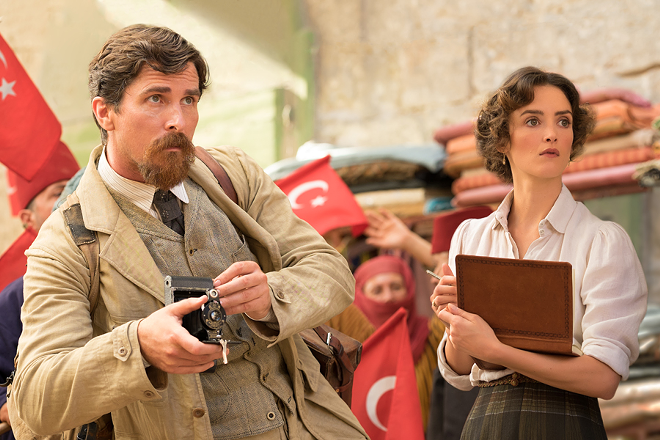 As a storyteller who toggles back and forth between screenwriting (penning In the Name of the Father and The Boxer for Jim Sheridan) and directing (Some Mother’s Son and Hotel Rwanda), Terry George certainly has displayed a passion for human drama of the highest social order.

Based on his past efforts, George seeks inspiration in protagonists fueled by romantic ideals and a fidelity to moral principles.

In The Promise, George sets his sights on a perilous period of early 20th century history, the last days of the Ottoman Empire, which gave way to the Armenian genocide. Rarely covered in film, suddenly thanks to The Promise and The Ottoman Lieutenant, a regional release from early March, audiences are getting a crash course in this forgotten time.

Unfortunately, though, George strays from his political and ideological groundings in such narratives, swayed likely by the desire to engage viewers rather than preach from a bully pulpit. He adheres to the tried and true playbook of the wartime romance, setting up a hero in Mikael (Oscar Isaac), a talented medical student with a bright future, captivated by Ana (Charlotte Le Bon), the lovely and sophisticated daughter of his family patron. Mikael finds himself immediately drawn to Ana, but faces a rival for her affections in Chris (Christian Bale), a celebrated American journalist whose idealistic work calls attention to the rising atrocities in the region.

A filmmaker like the late Anthony Minghella (The English Patient) cast entrancing poetic spells from such elements, beguiling us with the hesitant glances and breathless whispers of love against the backdrop of bullets and bombs. He would have likely taken Isaac and exposed his soul for all the world to cherish.

But that’s not George’s forte. He would have been wise to focus his attention on Bale’s journalist, allowing his dogged account of the sad history of Armenia to raise our ire and serve as a rallying cry for exposing this long-hidden international injustice. Now that would have been a true Promise made, and it would be one worthy of George’s attention and effort. (PG-13) Grade: D+