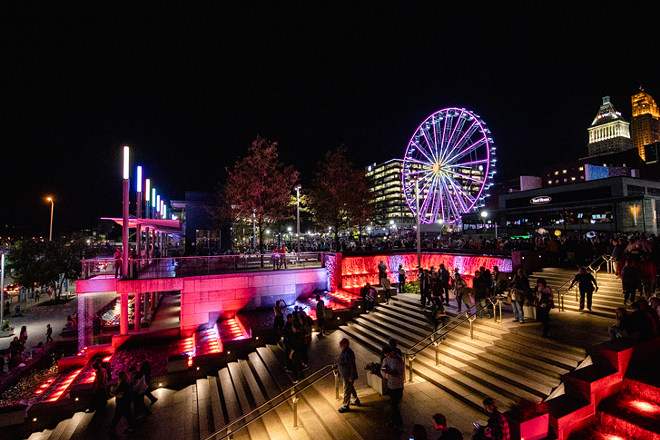 The steps of Cincinnati's Smale Park will erupt with holiday cheer on Tuesday, Dec. 17, when a festive flash mob will appear and sing the classic Christmas song "Silent Night." 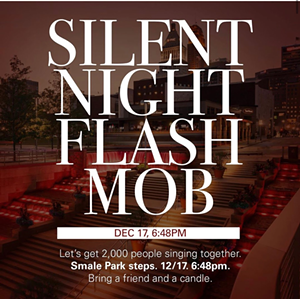 A promotional poster for the event has been circulating on Instagram, directing those throughout the Cincinnati area to bring a friend… and a candle.

If you're unfamiliar, a flash mob is a gathering of a large group of participants, typically organized via the internet, who perform (sing, etc.) and then disperse thereafter. For innocent bystanders, it's a seemingly spontaneous phenomenon and for those participating, a wholesome moment of connectedness.

So if you want to join in, follow the guidelines and look forward to some festive fun. After all, Buddy the Elf said it best: "The best way to spread Christmas Cheer, is singing loud for all to hear."