A Giant Ball Pit Party and Bar is Heading to Cincinnati

Will either be fun or super gross 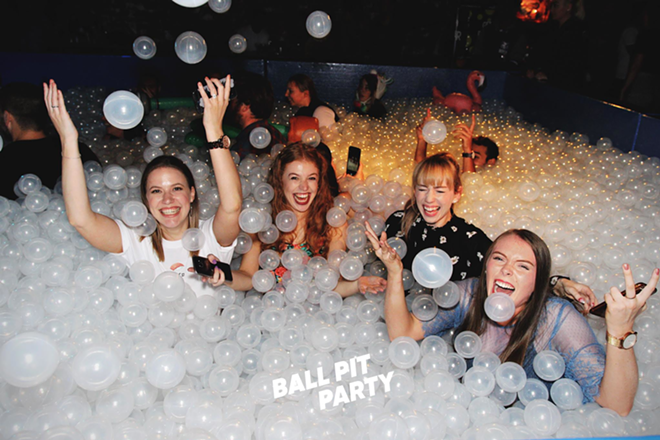 Miss the days when it was acceptable for you to jump into the ball pit at a McDonald's PlayPlace or Chuck E. Cheese (do they still have those?) without looking like child predator? Well, an Australian company — The Festival of Balls — is now making it acceptable for adults to play in these giant containers of plastic round objects with its traveling ball pit and bar.

Slated to come to Cincinnati in September, the Ball Pit Bar will "throw you back to your childhood as you dive into an ocean of 500,000 balls." The press release says the event will be in a basement (unknown which basement), and feature cocktails, "top DJs" and food.

It appears to be the same company that produces the Brick Bar — the unofficially LEGO-themed pop-up bar — which is supposed to be here in July.

Info on signing up for pre-release tickets of an unknown cost is available at ballpitparty.com.