A ‘Hero’ for All Seasons

More than any other actor I can think of, Sam Elliott is the epitome of a hero 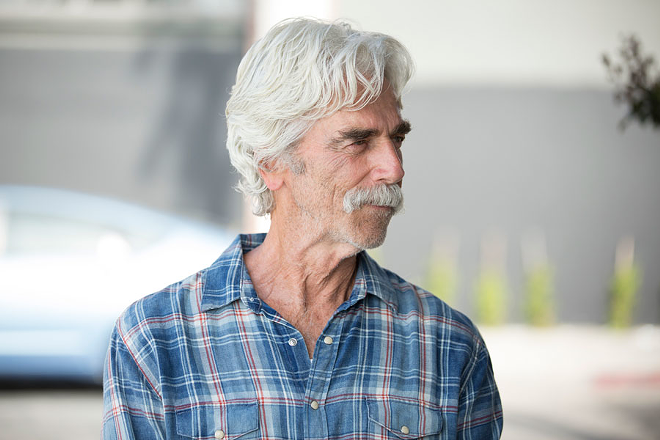 Photo: Courtesy of The Orchard
Sam Elliott as Lee Hayden in The Hero.

More than any other actor I can think of, Sam Elliott is the epitome of a hero, despite the fact that he has never played a superhero, a super spy or the kind of dashing figure we typically expect when we utter the word “hero.” He’s like a hero sprung free from the page of a novel, a Western to be sure, where his rugged looks and deep rumbling voice call to mind a sense of fairness and old-fashioned justice.

He is the embodiment of what we believe a hero should be, but rarely is.

As Lee Hayden, in Brett Haley’s indie gem The Hero, Elliott wistfully walks in the shoes of an actor much like himself, except Lee had the good fortune of playing a great and faithful hero once in his career and then had to live what is beginning to seem like an eternity and be remembered for that role. It is a burden of sorts, but one that Lee endures with the patience and grace we would assume comes with being this kind of man.

Elliott relishes showing Lee’s human failings, his dependence on marijuana, a relationship with Jeremy (Nick Offerman), a former actor and friend who now serves as his pot supplier, and the dismal gulf between Lee and his daughter Lucy (Krysten Ritter). When it is time for Lee to woo a young woman (Laura Prepon) he meets by chance while in the midst of a high with Jeremy, he doesn’t make a cheesy move. Instead, he just plays the wounded hero as only he can.

Life catches up with Lee, and The Hero forces him to come to grips with the inevitability of a life full of missed opportunities. Of course, Haley, whose last feature, I’ll See You in My Dreams, covered similar ground from the perspective of a widowed singer-songwriter (Blythe Danner), refuses to let his protagonists go quietly into the night. Each day grants them a new chance to be the hero of their own stories and they certainly seize the day. (Opens Friday.) (R) Grade: A-