A Most Wonderful ‘Wonderstruck’

As the end of 2017 approaches, it is time to consider that it might come to be defined, movie-wise, as a year of Wonders. 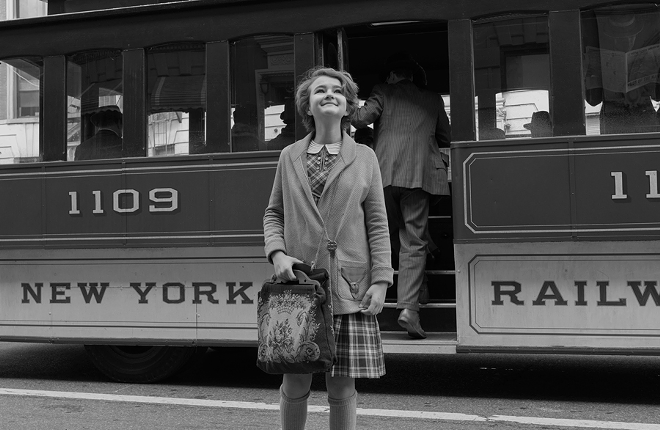 Photo: Myles Aronowitz/Courtesy Amazon Studios and Roadside Attractions
Millicent Simmonds plays Rose, a deaf girl in 1920s New York.
As the end of 2017 approaches, it is time to consider that it might come to be defined, movie-wise, as a year of Wonders. Patty Jenkins gave us a Wonder Woman movie that proved we were more than ready for a female superhero, while writer-director Angela Robinson exposed the real story behind the creation of that beloved character in Professor Marston and the Wonder Women. Coming up, we have Stephen Chbosky’s adaptation of R.J. Palacio’s bestselling novel Wonder and then Woody Allen’s Wonder Wheel, featuring Kate Winslet as a beleaguered wife struggling to find meaning in her underwhelming life on Coney Island in the 1950s.

But right now, the focus belongs to Todd Haynes, whose Wonderstruck just might be the most wonderful of them all, a brilliant and heartfelt merging of the innocence of youth and the crushing weight of adult realities and responsibilities. The movie is based on the 2011 juvenile-fiction novel by Brian Selznick, who also wrote the screenplay. Haynes, known to be a quiet master of intimate period dramas (Far From Heaven and Carol) tackles the challenge of creating two different and quite distinct time frames at once. He did something similar in Velvet Goldmine, which grooved between the early 1970s and the mid-1980s as a journalist (Christian Bale) digs into the careers of Glam Rock star Brian Slade (Jonathan Rhys Meyers) and Curt Wild (Ewan McGregor), the American singer who inspired Slade.

At its core, Wonderstruck captures the coming of age of two youngsters. Rose (Millicent Simmonds) lives in New York City during the late 1920s. Precocious but deaf, she lives out her days in isolation, hidden from the hustle and bustle of the life that’s imagined to be too dangerous for her. Yet Rose slips free, wandering the city in pursuit of adventure and meaningful encounters. Haynes presents the city in black and white footage, conjuring silent newsreels or a melodramatic weeper from that age, tugging gently at our heartstrings.

Across the time divide stands Ben (Oakes Fegley), a young boy living a quiet life in the Midwest in 1977. He’s got a loving mother (Michelle Williams) and an eager and active imagination. Ben sees the seams that bind reality together and constantly searches for more. When his mother dies, Ben discovers a clue about the father he’s never known and embarks on a journey to find him. When Ben makes his way to New York, the setting and time frame truly assert themselves as active players in the story.

As with New York in the 1920s, the Big Apple in the 1970s has a life and character that are unmistakable. Here, the film’s warm colors — transitioning from an autumnal feel in the Midwest sequences to the Disco Era vibe of the urban landscape — captures a familiarity for even those who have never set foot in New York City. There are hints of the wild nature of the concrete jungle, but when Ben meets Jamie (Jaden Michael), a young ally who serves as a guide through the maze of the boroughs, we see that New York has always been a much friendlier place than its reputation allowed us to believe.

To spotlight parallels between Rose and Ben, Ben loses his hearing before arriving in the city and must appeal to the innate kindness of everyone he encounters. The affliction, in Haynes’ fairytale rendering, is little more than an inconvenience for Ben, but it has a revelatory impact on everyone else. We see the power of redemption, in instances large and small, along the way. It even starts to color Rose’s world as well.

There is a gentleness that permeates the film, which keeps Wonderstruck from sliding into sentimentality; all of the young actors handle the responsibility of grounding the narrative admirably. Haynes steers them away from playing too broadly for the camera, heightening the film’s emotional honesty.

Simmonds in particular has the open and expressive face of a silent-era screen actor. She is so perfectly suited for her role that her scenes play as if she walked out of an old serial from back in the day. Fegley and Michael find ways, in scene after scene, to capture an unexpected innocence and sense of hope in a time not usually associated with such notions. That, in and of itself, is a sign of the kind of wonders that, in the hands of a master like Haynes, never cease. (Opening Friday at the Mariemont Theatre.) (PG) Grade: A