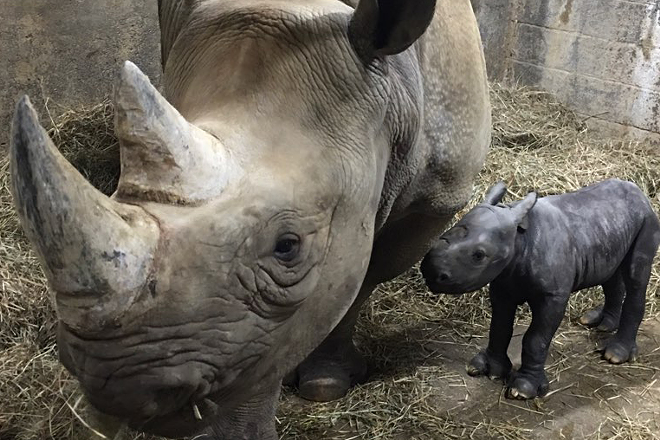 The Cincinnati Zoo & Botanical Garden said hello to their newest addition to the family over the weekend.

Seyia, an expecting eastern black rhinoceros, gave birth to her second calf by father Faru at 6:39 p.m. on Friday evening.

This particular species is critically endangered, according to an email from the zoo, and with a lengthy gestation period of 16 months, Seyia and Faru bearing a second child is quite important.

The zoo shared several images and a video of the baby calf and mother Seyia, and said they will be sharing more updates on their social.

Watch a video of the baby rhino below.