The company, noted for its seasonal Queen City Is Haunted and Newport Is Haunted tours, has added two paranormal investigations of the historic OTR theater on Saturday, Sept. 19 and Friday, Oct. 30 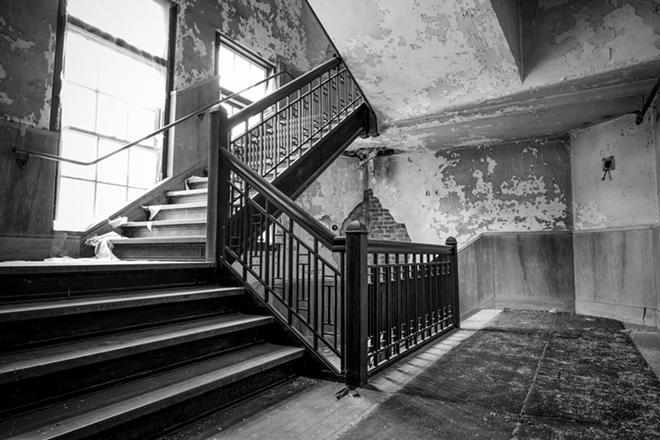 American Legacy Tours — offering historically narrated walking tours of Cincinnati and Northern Kentucky since 2009 — is a favorite among locals and visitors, not only for their dives into bawdy local lore via their Newport Gangster Tour or subterranean beer exploration on their Queen City Underground Tour. But they are also notable for their spooky seasonal tours, Queen City Is Haunted and Newport Is Haunted, jaunts into the most paranormal spots in the city.

They have added a special new haunted tour this year and it's only available on two dates: Saturday, Sept. 19 and Friday, Oct. 30 at 9 p.m.

During those times, they'll be taking a limited number of guests into the historic Emery Theatre in Over-the-Rhine to conduct a haunted investigation.

Tickets are available at americanlegacytours.thundertix.com and cost $65 per person.

In terms of haunted performance venues, nearby Music Hall is reported to be one of the most haunted spots in America, but that doesn't mean the Emery can't be, too. And it's certainly been abandoned long enough to be freaky.

The Emery was constructed in 1911 as the Ohio Mechanics Institute and is named for philanthropist Mary Emery. The school, which was absorbed into the University of Cincinnati in 1969, closed its doors in 1988.

The Emery Theatre hosted the Cincinnati Symphony orchestra from 1912 to 1936. The theater was once considered one of the best in the country, but is "beyond repair," according to university documents.

Mary Emery's will stipulates that the theater must remain open for public performances.

In September 2019, UC announced it signed a $8.55 million contract to sell the building to a development partnership called 100 Central Parkway, LLC, led by local developers Dave Neyer and Chris Frutkin.