Aziz Ansari’s Rom-Com for the Ages

The second season of 'Master of None,' now on Netflix, recreates the success of its first season and then some. 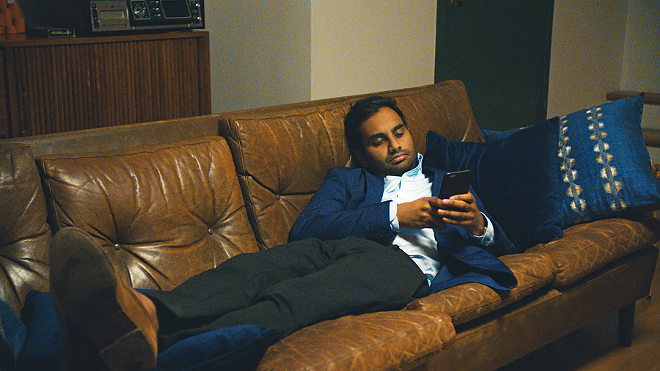 Photo: Courtesy of Netflix
Ansari proves his artistic mastery on "Master of None."
Comedian turned multi-hyphenate Aziz Ansari might have claimed the title Master of None (now on Netflix), but after two seasons of the show he created and stars in, he’s clearly a master of his craft.

Master of None’s debut was a runaway hit in 2015. Audiences gobbled it up in single sittings; Ansari and co-creator/writer Alan Yang won an Emmy for Outstanding Writing for a Comedy Series category. It could have stood as a single-season series, but fans clamored for a second season, and last Friday we got one. But could Ansari recreate its successful first season? For sure — and then some.

Season One found its protagonist Dev (Ansari) pursuing acting while trying to avoid stereotypical and racist roles. Ansari spoke openly about trying to cast a diverse mix of actors and how difficult that turned out to be. This season builds on that melting pot of faces and stories. Diversity means more than just black, white and brown, and we see that in Season Two’s storylines that feature immigrants, people with disabilities, older people entering the dating pool and gay women.

The “New York, I Love You” episode barely features the regular characters, instead following three intersecting stories of an apartment doorman, a deaf shop clerk and a Rwandan cab driver. The second storyline, which follows a deaf couple discussing their sex life, is completely silent. It’s a brilliant example of the importance of visibility and a hilarious episode to boot.

The show experiments with the episodic format in a truly unique way. “The Thief,” the first episode of the season, is shot entirely in black-and-white and mostly in Italian with English subtitles. It’s a love letter to Italy, where Dev traveled to get his Eat, Pray, Love on and learn to make pasta after a breakup. “Thanksgiving” gives us a deeper look at Dev’s friend Denise (Lena Waithe, who co-wrote the episode with Ansari), recapping the many Thanksgivings she and Dev have spent together as Denise and her family come to terms with her sexuality.

Of course, Dev’s love life is central to this season, too. He rides the rollercoaster that is app-dating as he develops a deep relationship with a friend who might become something more. And if you loved Noël Wells’ Rachel, Dev’s love interest in Season One, don’t worry — she’ll be back.

Master of None is many things — a look at immigrant families with Americanized millennial children, a hilarious glimpse into the life of working actors (Dev lands a cooking-show hosting gig that leads to a travel and dining show opportunity, and yes, I totally would watch Clash of the Cupcakes andBest Food Friends). But perhaps most of all, it’s a romantic comedy that proves you can incorporate fresh perspectives, intelligent humor, intentional inclusion and other contemporary elements into the oft-bemoaned category. A good rom-com in 2017 is quirky and relatable, doesn’t shy away from the ugly and focuses on the love we have for our friends — from Denise to “Big Bud” Arnold (portrayed like none other by the charmingly odd Eric Wareheim).

There’s a real joie de vivre felt in Master of None that can only come from Ansari, Yang and the cast having a great time while making it. Life is a fun, wild trip for Dev and, thankfully, we’re along for the ride.

The Bachelorette (Season Premiere, 9 p.m. Monday, ABC) — Rachel Lindsay (who came in third place in the last season of The Bachelor with Nick Viall) makes her mark as the first black Bachelorette. A few questions come to mind. Is this significant? There have been notably few people of color in the franchise’s massive vault — but will her suitors be as diverse? Will they celebrate it respectfully or just make a few “Once you go black…” jokes? (Spoiler alert: one has already been made.) Judge away, but I will be watching to find out.