For 40 years, Saturday Night Live has served as a launching pad for successful comics. But what happens when things don’t work out on America’s most popular live sketch-comedy show? 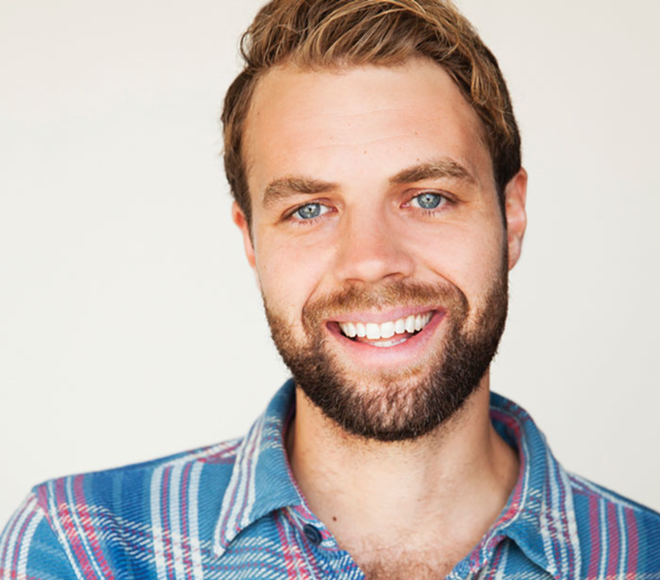 For 40 years, Saturday Night Live has served as a launching pad for successful comics. But what happens when things don’t work out on America’s most popular live sketch-comedy show? Enter Brooks Wheelan, now a Los Angeles-based comedian who was hired and then fired from SNL in less than a year’s time, announcing his departure with the clever tweet, “FIRED FROM NEW YORK IT’S SATURDAY NIGHT!”

The show doesn’t discuss reasons for casting changes, but Wheelan was part of the freshmen class of one of SNL’s largest staff overhauls: The 2013-14 season added eight new cast members — the largest addition since the 1995-96 season — after the departure of veterans Fred Armisen, Bill Hader, Jason Sudeikis and Seth Meyers. Wheelan was let go at the end of the season along with newbies John Milhiser and Noël Wells.

And that’s not the first job from which Wheelan’s been fired — he was a biomedical engineer after college before tackling stand-up fulltime about 10 years ago. Both experiences make it into his self-deprecating act.

Currently on a national stand-up tour, Wheelan spoke with CityBeat via phone from the road in California.

CityBeat: How did you get started in stand-up comedy?

Brooks Wheelan: My oldest brother worked at a comedy club, so that’s how I found out about an open mic. He was the bartender, and I started doing it in college, and then I started working there. I think everyone was just like “Oh, OK, let’s let Brooks dud. We’re fine,” you know? So I don’t know that I was serious about having a mindset of “I’m going to make this my job.”

CB: Speaking of your “job” life, you had a job out of college as a biomedical engineer. You’ve made your firing from that position into a part of your act. Was getting fired the best thing that ever happened to you?

CB: Your personality strikes as one that would clash with that sort of work environment. Would you have been miserable if that were your career?

BW: No. I mean I was never going to be an engineer forever, so I never looked at it that way. But I loved doing it. I had fun working as an engineer. Just like how I had fun when I worked at Papa John’s. Or the movie theater. It was all just dicking around at work with friends and that shit. If I had been doing it forever, I would have been bummed. But I knew it was just for a brief time. But then I got fired.

CB: More infamously, you were also fired from Saturday Night Live. Is there a silver lining to your departure from SNL the same way there was for your job as a biomedical engineer?

BW: Oh, man. If I wasn’t on SNL, I wouldn’t be going on this tour. This is my dream. So, I’m grateful because of SNL, because it gives me the ability to really do this tour right. I was fired, but it worked out.

CB: Did any comics reach out to you when you were fired?

BW: Well, the guy who was nicest to me was actually Conan O’ Brien — he was super cool. He was really nice, really supportive. He let me do stand-up on his show right after I was let go from SNL. He was very kind.

CB: Your act seems to draw from a number of unfortunate personal experiences. How determined are you to drive your comedy to uncomfortable places?

BW: I’m not sure. There’s some stuff that I might not make jokes about right away, if they’re, you know, bumming people out or something. But over time I feel more and more like I can talk about anything.

CB: How much of your act comes from those personal traumas?

BW: Most of it. Yeah, I would say that most of it does. It’s funny when bad things happen to people. Comedy is ... it’s always funny to talk about. And I think what’s important is that I do comedy that isn’t making fun of anyone but myself. Thankfully, I’ve messed up a lot, and I have a lot of material. When you make yourself the butt of the joke it’s more personal and more unique. Like, no one else

can have a “my dad killed an opossum with a sledgehammer” joke.