The company will be staging three classic operas this summer — presented in 90-minute productions and accompanied by the Cincinnati Symphony Orchestra — at Summit Park in Blue Ash.

Cincinnati Opera is back onstage, returning to its roots with outdoor performances this summer.

The series includes three classic operas — Carmen, Tosca and The Barber of Seville — presented in 90-minute productions at Summit Park in Blue Ash, featuring stellar casts, accompaniment by the Cincinnati Symphony Orchestra and a 36-member chorus.

All performances will adhere to Centers for Disease Control and Prevention (CDC) and state guidelines: Seating is in pods of four to six people, masks are required and entrance and egress will be controlled.

Audiences don’t appear to mind, judging from ticket sales. As of press time in late June, 86% of pod seats had been sold.

The outdoor series is a callback to when the opera performed outside at the Cincinnati Zoo & Botanical Garden from 1920 to 1971.

Cast and crew members are excited about performing for live audiences, and this season offers opportunities to hear some of the most exciting singers out there, many of whom will be making company debuts. 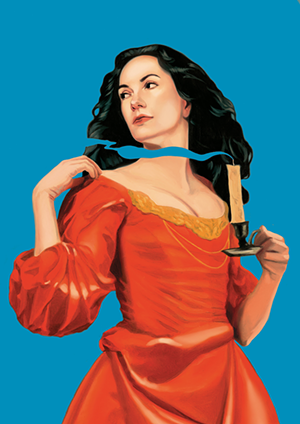 The antic Barber of Seville (July 24 and 29) rounds out the season, with Christopher Kenney as the wily barber Figaro, mezzo Rihab Chaieb as the feisty Rosina and tenor Aaron Blake returns to sing her suitor Count Almaviva.

Planning for this season as the coronavirus pandemic recedes goes beyond the logistics for a large-scale Rock tour, says Cincinnati Opera’s artistic director Evans Mirageas. An opera COVID compliance team headed by Andrea Shell keeps the company informed of the latest guidance from the CDC.

Everything from ticketing, seating arrangements, entering and exiting the site, and protocols for singers onstage continue to be scrutinized on an almost daily basis.

As of now, all singers will perform unmasked unless guidance changes. That includes the 36-member chorus, which will be positioned on both sides of the stage.

“They’ll sing but won’t be part of the stage action,” Mirageas says. “We worked with (the American Guild of Musical Artists) and they’ve been terrific in supporting our efforts to keep our performers safe.”

The orchestra — consisting of 35 musicians — will be behind the performers. There are no sets, but there will be lighting design and costumes. And yes, the singers will be miked.

“When you have voices of the caliber we have, you want them to sound their best,” Mirageas says.

Sound designer Jonathan Burke, who has extensive experience with outdoor venues, oversees the task of blending the voices and orchestra to approximate a concert hall.

Sound enhancement is equally vital for conductors and the orchestra placed behind the singers. Acclaimed conductor Zhang — who recently was named CCM Distinguished Alumna — says she’ll rely on the engineers to help her achieve the score of Tosca’s dramatic dynamic contrasts. 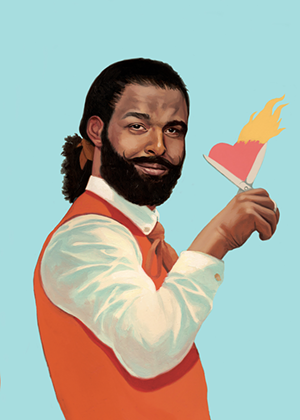 Ensuring that performers are visible to the entire audience seated on Summit Park’s Great Lawn is another challenge. The lawn is flat and the stage’s elevation is slight compared to that of Music Hall, so a canopy is being built above the stage to support lighting and two jumbotrons, which will project the action to patrons sitting further back.

Stage sets are suggested through lighting and props, and stage singers will be in costume and makeup. The pressure is on for the cast to be larger than life in an art form that is already considered outsized.

“It’s a great opportunity to add more tools to our toolbox,” says baritone Kenney. “There may not be sets, but we’ll be able to see the audience reaction so I can see how I’m doing. I love that.”

Although the operas are 90-minute versions with no intermissions, the great arias, ensembles and most of the choral music are still there.

“As long as no musical crimes are committed, it’s a great way to introduce opera to new audiences,” Martinez says. “The arias and duets are all there, and so is the drama.”

“Barber is already a fast-moving opera and this version really picks up the pace,” he says. ‘But you’ll get the full effect and I hope that you’ll want to see the complete version.”

The shorter operas allow for greater exploration of character and motivation, especially in Carmen, says Ben Seadia. And as the protocols change, she’ll adjust her staging of that opera, which includes four members of the Cincinnati Ballet.

Many of the performers tell CityBeat about their unrestrained delight in being in front of live audiences after months of isolation. Everyone participated in some form of online performance and all agree that nothing matches the real thing.

“All of those challenges are nothing compared to the joy of making music,” Martinez says.

For Cincinnati Opera general director and CEO Christopher Milligan, the 2021 season affirms what he told staff after the 2020 season was cancelled: “We will sing again.”

Rain dates are built into the schedule. When it comes to preparing for outdoor theater, Mirageas turns to his Greek heritage and the origins of theater.

“We began outdoors. I’m channeling my ancient Greek ancestors to say ‘We’ve got this,’” he says.