This is the first time that the 1930s bedroom, designed by architect Joseph Urban, will be on public display. 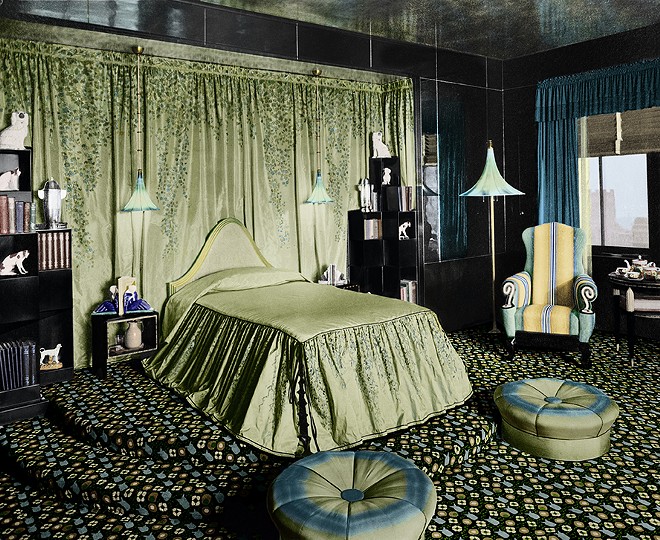 Take a step back in time at the Cincinnati Art Museum by paying a visit to a fully recreated Art Deco bedroom.

In the new exhibitUnlocking an Art Deco Bedroom by Joseph Urban, which opens July 8, guests can explore the room of affluent 17-year-old Elaine Wormser, recreated by architect and scenic designer Joseph Urban and originally located in Chicago's Drake Tower.

"More than 90 years after its completion, the Wormser Bedroom’s furnishings have been fully conserved and displayed to reflect their state as originally installed in Chicago’s Drake Tower and photographed in 1930," says a release from the CAM. "When Elaine Wormser Reis moved to Cincinnati in 1936, she brought nearly all of her bedroom with her — including the custom wall-to-wall carpet."

Wormser donated the room the the CAM in 1973 and it remains the largest collection of "Urban-designed furnishings held by any public institution," per the museum.

This will be the first time that the bedroom is on public display. 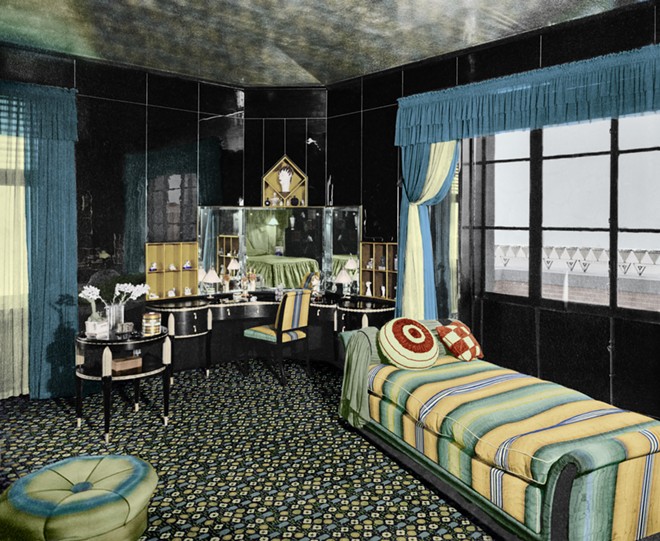 The room is described as "lavish," with black glass walls, a reflective ceiling and "a daring combination of colors and patterns," per the CAM.

The Austrian-born Urban, who also did set design for the Metropolitan Opera, Ziegfeld Follies and Hollywood films, among other projects, brings a sense of drama to the room, which in photos features chartreuse bedding and curtains, elaborately patterned carpeting and coordinating furniture. The CAM says it blends a touch of Vienna with Art Deco.

In addition to the room, the exhibit will include period-specific drawings, paintings, fashion and more, as well as a behind-the-scenes look at the building and preservation of the Wormser bedroom.


“For decades, our understanding of the room was based on black-and-white photographs, which fail to present Urban’s virtuosic combinations of color, pattern, and finish," says Amy Miller Dehan, CAM curator of Decorative arts and Design. "The process of reconstructing the room has been a revelation. This exhibition reveals Urban’s boundless talent and contributions to the development of American Modernism as well as the bold messaging that women like Elaine Wormser projected when choosing the avant-garde style over backward-looking historical fashions.”