More than 90 of Duveneck's works of art across media — oil, drawings, watercolor, sculpture — provide a fresh look at this American master The Cincinnati Art Museum is gearing up to present a huge and fresh look at famed Cincinnati artist and painter Frank Duveneck.

Running Dec. 18-March 28, Frank Duveneck: American Master takes a deep dive into Duveneck’s work, looking at his process as well as the context surrounding the his subjects.

According to the CAM, "More than 90 examples across media (oil paintings, drawings, watercolors, pastels, etchings, monotypes and sculpture) from the holdings of the museum, the leading repository of the Kentucky native’s work, and 35 pieces on loan from collections across the United States, will provide a fresh, in-depth look at this important artist."

The museum says his paintings of "streetwise kids" and casual portraits will be contrasted against his renderings of Venetian harbor views, countryfolk and nudes.

Frank Duveneck (1848–1919), United States, Siesta, circa 1900, pastel on primed canvas, Cincinnati Art Museum; Gift of Theodore M. Foucar, 1919.457
Duveneck was born in Covington in 1848 to Westphalian immigrants, then studied in Munich, Germany and became a teacher.

"His work reflected the impact not only of modern German art, as is widely acknowledged, but also French and Italian work. His paintings’ lack of finish and assertive brushwork parallel Impressionism, and his work as a printmaker positioned him centrally in the period’s etching revival," says the CAM.

After returning to the United States in 1888, Duveneck took up a job at the Art Academy, where he became the director of staff in 1905.

“We are excited to celebrate Frank Duveneck with this exhibition that illuminates one of the unique strengths of the Cincinnati Art Museum’s collection: its deep concentration in the works of one of the towering figures of American art of the late nineteenth and early twentieth centuries. Side by side with our stunning Duveneck masterworks are key paintings on loan from across the country, presenting a fresh approach to the compelling story of one of our regional heroes. Duveneck’s bravura painting shines in this exhibition as never before!” she said in a release. 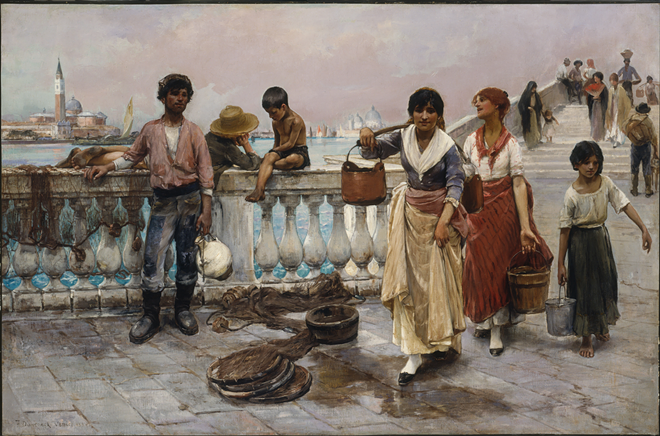 The show will be located in the Western & Southern galleries. The exhibit is free for members, and tickets for non-members will be available at cincinnatiartmuseum.org/visit soon.

If you are unable to see the full special exhibition, Grand Experiment in Italy: Etchings by Duveneck and His Students showcases 18 rare etchings in a free portion of the CAM. That's on view Dec. 5-April 4. New Duveneck work has also been installed in the Cincinnati Wing for More Duveneck Paintings from the Vault — 35 works from the museum's collection.