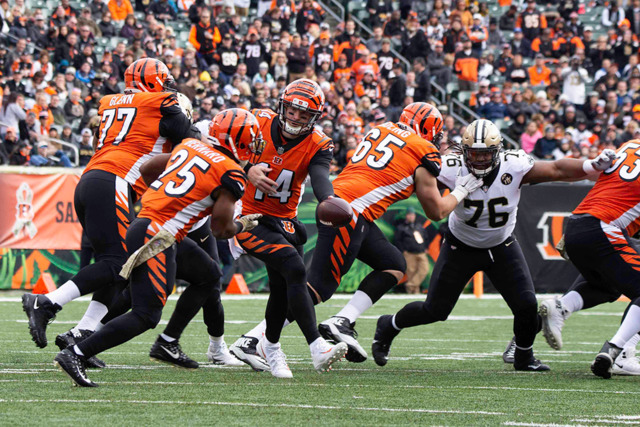 We thought that the Cincinnati Bengals’ #NewStripes campaign simply referred to the team’s tease of new uniforms in January. But an announcement about new season-ticket benefits with the same hashtag seems to show that the Bengals have more going on under their fur.

On Feb. 18, the Bengals debuted season-ticket plans that include upgraded benefits and new membership options. For the 2021 season, the team has added a Canopy Party Pass and has enhanced its Club LUX premium level.

The new Canopy Party Pass offers fans on the 300 level a Canopy Crazies t-shirt, $10 food and beverage credit during every game, and a 10% Pro Shop discount. Packages start at $400.

“Each game brings a fun and energetic experience alongside Who Dey Nation's loudest and proudest fans. Fans can show their Bengals Pride and join the biggest party The Jungle has ever seen,” a statement from the Bengals says.

Club LUX is a premium level that gives a little extra to those who pony up for four or more club memberships. Members will receive a $50 food and beverage credit per seat per game, a complimentary parking pass, an enhanced season-ticket member gift, a 15% Pro Shop discount, pre-game events in club lounges for regular-season games and invitations to exclusive off-season events. Club packages start at $1,550.

The Bengals will still feature reserved memberships, which provide discounts for food, beverages and the Pro Shop.

“We want the best home-field advantage in the NFL and are investing in our fans to create the ultimate gameday experience in The Jungle,” Bengals executive vice president Katie Blackburn says in a statement. “Our New Stripes campaign is about more than changing our uniforms – it's about bringing a new level of excitement to Paul Brown Stadium this fall.”

Bengals representatives are in talks with local health officials to possibly use Paul Brown Stadium as a mass COVID-19 vaccination site after NFL commissioner Roger Goodell offered all club stadiums to the Biden administration's efforts to slow the spread of the virus. The stadium typically can hold around 65,000 people.

Game dates for the Bengals’ 2021 season have not yet been determined, but opponents have been announced. Cincinnati ended its 2020 season 4-11-1.

In early February, game-tracking website BetOnline set the Bengals’ odds for a Super Bowl run at 75 to 1. The Bengals have seen Super Bowl action only twice — in 1982 and 1989, losing both times.

ConstructionDisputes claims that Paul Brown Stadium is one of the most expensive sports sites in the world.