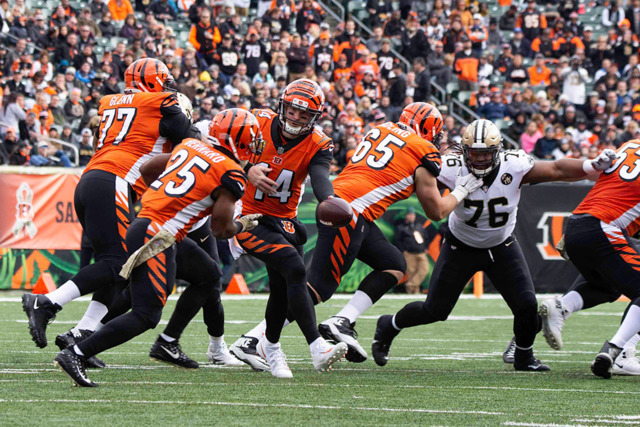 The Cincinnati Bengals' odds for a Super Bowl run next season may not be great, but experts say the NFL franchise has a bright future, thanks to some younger players serving as building blocks.

On May 27, CBS Sports released its annual "Top 25 NFL Players Under 25" list ranking the league's youngest stars, and two Cincinnati players are part of it.

For 2021, CBS Sports writer Cody Benjamin ranks Bengals quarterback Joe Burrow at No. 7 and safety Jessie Bates III at No. 16 among the year's best.

This requires a fair amount of projection. We've got just 10 games to work off, thanks to Burrow's late-rookie-season knee injury, and he was more solid than elite throughout 2020. But the smarts and the moxie are there. If he stays healthy, he's destined to be a winner. Is he a better player than, say, Metcalf or A.J. Brown right now? No. But the upside's too great to ignore, especially at his position. If he stays healthy and plays up to par, he'd easily justify a top-five spot here.

And of Bates, Benjamin says:

The best safety you've never heard of. Often overshadowed by the lapses of inferior running mates in Cincinnati, Bates has quietly been an ascendant and steady hand at the back end of the secondary, logging at least 100 tackles and three picks in each of his first three seasons. The 2020 All-Pro honors confirmed his rise.

The Bengals almost landed a third player on the list — wide receiver Tee Higgins is mentioned in the "just missed" section.

For its list, CBS Sports considers past performance, projected performance and positional value. Read the full "Top 25 NFL Players Under 25" list for 2021 on the CBS Sports website.