The foundation will concentrate on alleviating food insecurity and providing resources for mental health, Burrow says. 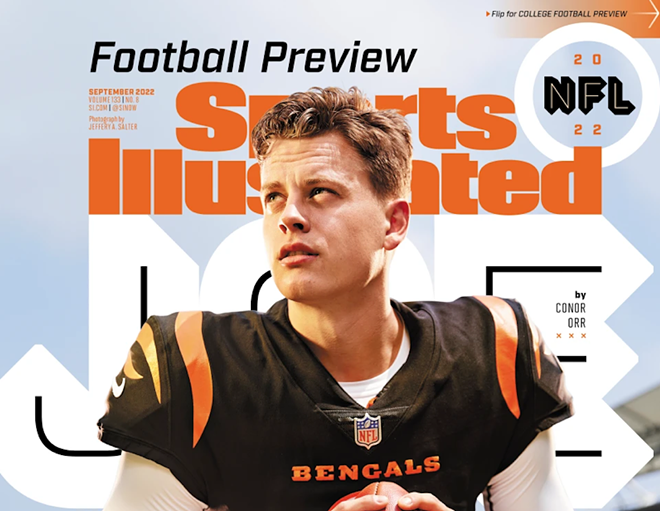 Cincinnati Bengals quarterback Joe Burrow steadily has been growing into his leadership role with the team. Now he's trying to do the same with the community.

Burrow announced the launching of his first namesake foundation on Oct. 4, with his parents Robin Burrow and Jim Burrow joining the effort. According to the Joe Burrow Foundation website, the organization's mission is "to provide resources and support to the underprivileged and underserved."

"I believe that everyone has a responsibility to do good," Burrow says in a press release. "This Foundation allows me and my family to give back."

In the release, Burrow referenced the food support that Athens County – where he attended high school and played standout football – received after he'd mentioned that the Appalachian region is beset by poverty. "I’m up here for all those kids in Athens County who go home without a lot of food on the table," Burrow said when he accepted the Heisman Trophy in 2019 after a star year in Louisiana State University.

The Joe Burrow Foundation, he says now, will build upon that.

"So many of you made generous contributions to support food insecurity in Athens County, Ohio following my 2019 Heisman Trophy speech. We will build on our efforts to tackle food insecurity by also finding ways to offer up support in Greater Cincinnati, other parts of Ohio, Baton Rouge and Louisiana," Burrow said.

Mental health also will be a focus for the foundation, he said.

"My mom, a lifetime educator, experiences firsthand the effect of mental health issues on children and their families. We want to make a difference here as well,” Burrow said.


The foundation will be led by Burrow as president, Jim as vice president and Robin as secretary and treasurer. Jim Burrow had played defensive back for the Green Bay Packers and other teams in the '70s and early '80s before moving to coaching, including at Ohio University in Athens.

Cincinnati Bengals' Sam Hubbard Launches 'Hubbard's Cupboards' Charity Initiative in Mt. Healthy Schools: The defensive end lends a hand both on and off the field.

The Cincinnati Bengals are 2-2 for the season after beating the Miami Dolphins on Sept. 29 in front of the largest crowd that the team had ever seen at home. The next game will be on the road against the Baltimore Ravens on Oct. 9. Kickoff is at 8:20 p.m., and NBC will nationally televise the game.