The award recognizes "excellence on and off the field," the NFL says. 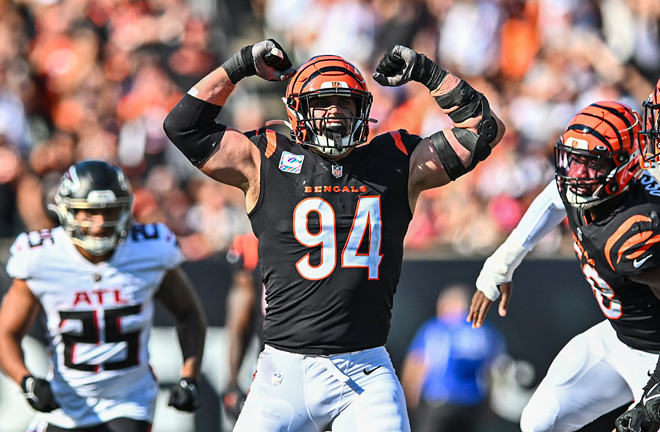 Photo: twitter.com/bengals
Defensive end Sam Hubbard of the Cincinnati Bengals celebrates during a game against the Atlanta Falcons at Paycor Stadium on Oct. 23, 2022.

Lightning does strike twice, it seems.

Sam Hubbard, defensive end for the Cincinnati Bengals, is the team's nominee for the NFL Walter Payton Man of the Year award, which recognizes "excellence on and off the field," according to media materials. Each of the NFL's 32 teams declares its own nominee who has made a "significant positive impact on his community." This is the second consecutive time Hubbard has been nominated.

“As an NFL player, I think your on-field performance is just a small part of what your legacy will be when it’s all said and done,” Hubbard said in a news release. “What you do for others, how you treat the people around you, and the lasting impact you leave on your community are just as important as wins and losses.”

As a nominee, Hubbard receives up to a $40,000 donation for a chosen charity; the ultimate winner will earn their charity a $250,000 donation.

Bengals fans can help Hubbard net even more charity dollars on Twitter by using #WPMOYChallenge followed by Hubbard's last name or his Twitter handle, @sam_hubbard_. If he's the player with the most unique mentions through Jan. 8, his charity will receive an additional $25,000; he'll get $10,000 and $5,000 donation for second and third place, respectively.

Hubbard is a homegrown talent, having attended Archbishop Moeller High School near Montgomery and redshirting at Ohio State University. The Bengals selected Hubbard in the third round of the 2018 draft, and he's been integral to the team since, notching timely sacks (including during the Bengals' Super Bowl LVI journey) and leading in tackles during his three starting seasons. Going into the Dec. 11 game against the Cleveland Browns, Hubbard has 5.5 sacks, 22 assists on tackles and 26 solo tackles for this season. 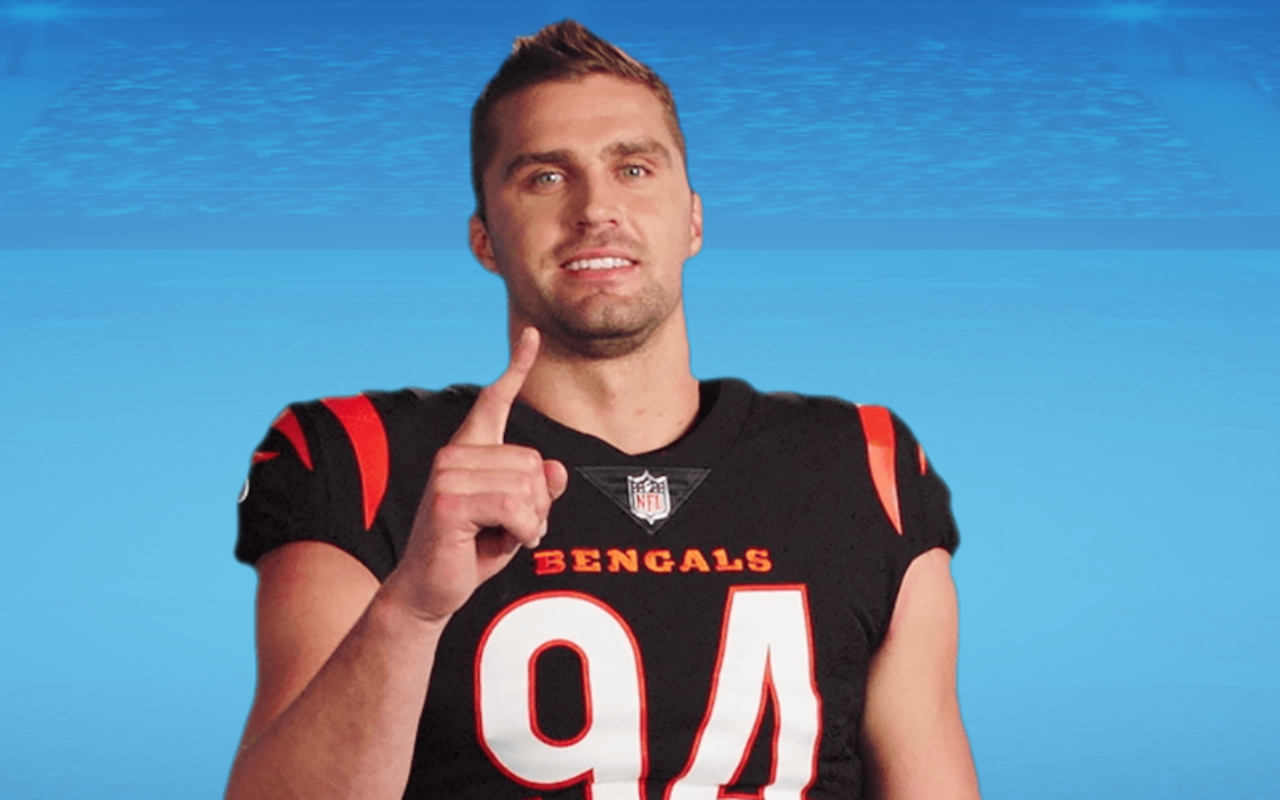 Cincinnati Bengals' Sam Hubbard Launches 'Hubbard's Cupboards' Charity Initiative in Mt. Healthy Schools: The defensive end lends a hand both on and off the field.


His Cincinnati roots likely play a big role in his passion for giving. This fall, Hubbard launched the Hubbard's Cupboards program from the Sam Hubbard Foundation. Hubbard's Cupboards kicked off at four Mt. Healthy schools, which were stocked with school supplies, hygiene products and healthy snacks. The foundation also held a backpack drive for students in Bellevue.

In May, Hubbard's foundation hosted a fowling (a mix of bowling and football) tournament, bringing current and former Bengals players into the fun. The event raised more than $47,000 and helped fund programs such as Hubbard’s Shop with a Pro Night, Sam’s Thanksgiving Food Drive, and The Sam Hubbard Youth Football Camp, according to media materials.

Hubbard will be recognized with the other Man of the Year nominees and the winner announced during the NFL Honors awards show shortly before Super Bowl LVII weekend in February.