With Damar Hamlin out of the woods, a rematch with the Buffalo Bills will add some poignancy to the divisional bout. photo: twitter.com/bengals
Ja'Marr Chase (left) and Joe Burrow celebrate after receiving the NFL's Offensive Rookie of the Year and Comeback of the Year awards on Feb. 10, 2022.

The Cincinnati Bengals are hoping to reclaim last season's playoff magic when the team takes on the Buffalo Bills in the AFC divisional round. Kickoff is at 6:30 p.m. Jan. 22 at the Bills' Highmark Stadium. The game will be broadcast on CBS and Paramount+.

The Bengals are riding a big wave of momentum after beating the Baltimore Ravens in two straight games, winning 27-16 in the regular-season finale on Jan. 8 and 24-17 in the AFC Wild Card game.

Now, a rematch with the Buffalo Bills looms for the AFC divisional round – one that the teams hopefully will finish without incident. The Bengals and Bills last met in Cincy on Jan. 2, when the Bengals were up 7-3 in the first quarter when Bills safety Damar Hamlin collapsed from cardiac arrest. Hamlin was given CPR for nine minutes before being taken away in an ambulance and intubated at University of Cincinnati Medical Center. The NFL first suspended and then postponed that game after a meeting among officials and both teams' coaches. Hamlin continued recovering at UC Medical Center and recently returned to Buffalo. 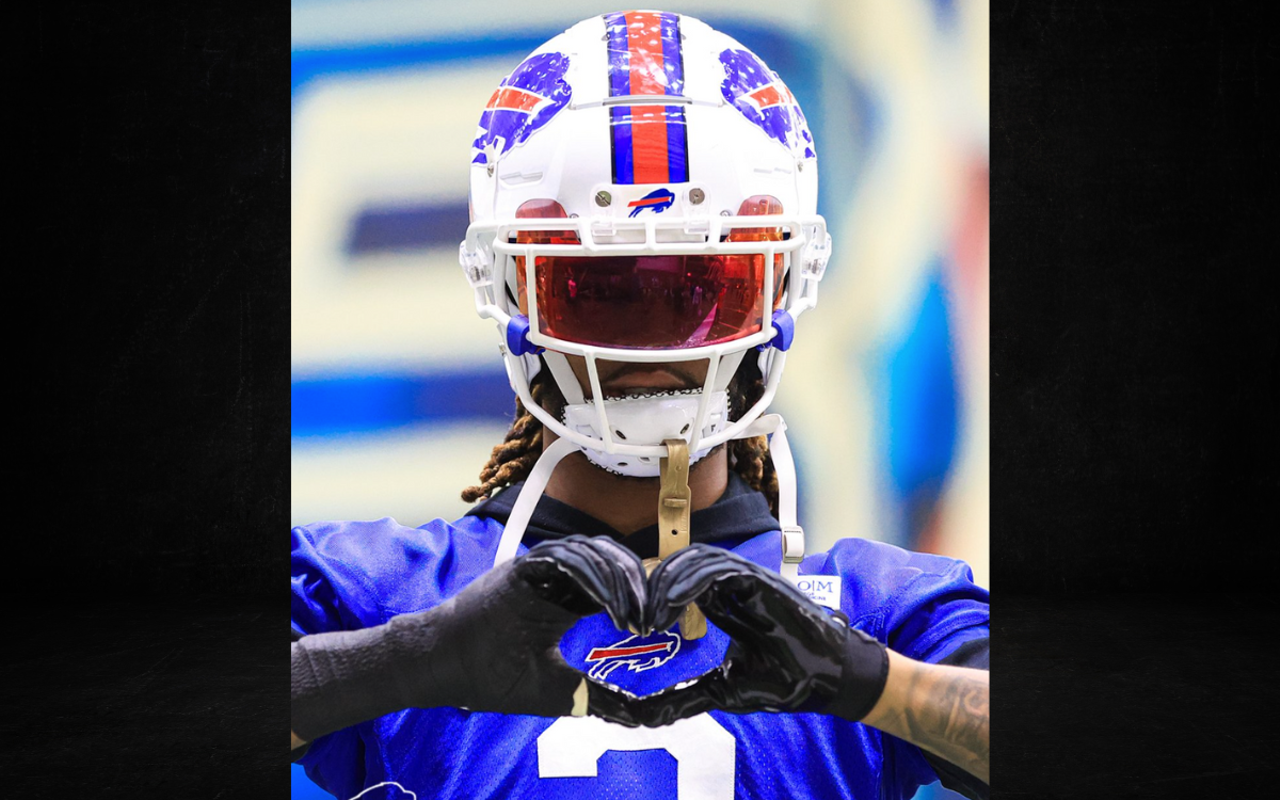 Damar Hamlin FaceTimes Team While Recovering at UC Med Center: 'Love You Boys': According to reports, Hamlin is in good spirits and has spent the day chatting with teammates.


Hamlin's recovery surely will add some poignancy to the divisional bout, and it will only feed the magic that the postseason is bringing for the second year in a row. During the 2022 postseason, Cincinnati repeatedly won through last-minute heroics. In particular, the divisional round win over the Tennessee Titans – the Bengals' first berth to the championship round for the first time since 1988 – culminated with Evan McPherson's magical 52-yard field goal just seconds before the end of the fourth quarter, setting up the Bengals' continued journey to Super Bowl LVI. Now with their first back-to-back AFC North titles, the Bengals and their fans are daring to dream once again about what might come next.

And the big moments are still happening. During the Wild Card, homegrown defensive end Sam Hubbard had an amazing 98-yard score on a fumble return. Bengals linebackers Germaine Pratt and Logan Wilson knocked the ball loose from Ravens quarterback Tyler Huntley in the fourth quarter, with Hubbard scooping it up and making a beeline for the Bengals' end zone. Ravens tight end Mark Andrews sped forward, nearly catching up to the quick Hubbard, but Cincinnati linebacker Markus Bailey knocked him to the left, gingerly hopping over Andrews' prone body between the Bengals' 30- and 20-yard-lines as Hubbard continued powering up the field. Hubbard scored, and the 66,399 fans in Paycor Stadium went into a disbelieving frenzy.

"That play is going to be in Cincinnati Bengals history," head coach Zac Taylor said. "I told that to Sam after the game. You understand the impact of that moment in a divisional game, home playoff game. That play will be remembered forever."

Since then, some viewers have questioned why officials didn't call a penalty on Bailey, saying that he made a block to the back. Game footage shows Bailey swerving in front of Andrews before Andrews began to pass him. That's when Bailey made contact, reaching out with his left hand and pressing against what appears to be the center or center-right of Andrews' back. But his hand also touched the Ravens' player's side, and that made the penalty call too unclear to make, NFL rules analyst Dean Blandino said.

Thank Homegrown Sam Hubbard for Sending Cincinnati Bengals to AFC Divisional Bout: "It was unbelievable," Hubbard marveled after the game.


But as with last season, Hubbard and Bailey haven't been the team's only heroes. Quarterback Joe Burrow, wide receivers Ja'Marr Chase and Tee Higgins, running backs Joe Mixon and Samaje Perine, safety Jessie Bates and more have hoisted this team on their formidable shoulders at various times. Any NFL fan would predict more of the same on Sunday.

According to media materials, the Bengals plan to wear white jerseys, white pants with black stripes and black socks for the game in Buffalo.


The road to Super Bowl LVII