The Collective is a live reality show featuring 15 celebrity designers paired with local models as they work together to put on a high-tech fashion show in Cincinnati. 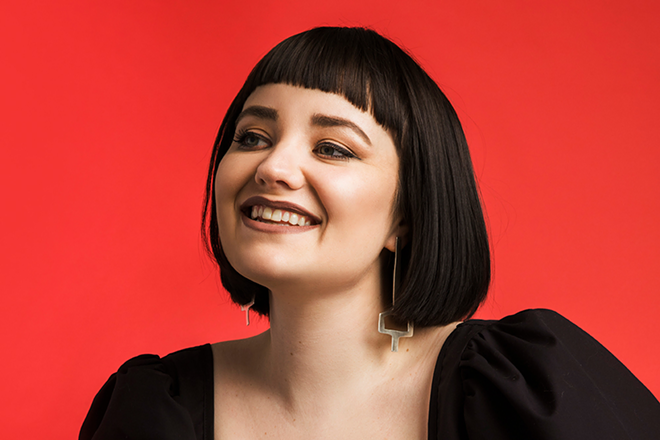 Local fashion designer and 2019 Project Runway contestant Tessa Clark is being featured on a new live reality TV show called The Collective, which debuts this summer in Cincinnati. The Collective — per its description — is a "new show about staging multi-city, high-tech fashion weeks with a select group of celebrity designers from the biggest fashion reality shows."

Unlike Project Runway, The Collective is not meant to be a competition show; rather, it is supposed to showcase fashion, collaboration and creative networks within each city. The show brings together a group of 15 celebrity designers from a variety of fashion competition shows. Designers put their creative brains together to craft an experience that celebrates diversity and creativity, while simultaneously demonstrating their abilities and designs. The same 15 designers will travel from city to city, big or small, bringing fashion with them to each. Each stop will also highlight small businesses and indie fashion labels hit hard by the pandemic.

The first livestream debuts 9 a.m.-noon on July 29 and features the designers meeting their local fit models in Cincinnati. Subsequent streams include alteration sessions at Sew Valley in the West End, a launch party, two fashion shows, a trunk show and a wrap party. Some episodes will also have an in-person event — including the two fashion shows on July 31 and Aug. 1 — and both the streams and actual events require tickets. (Get pricing and tickets at thecollectivefashionshow.com/tickets.)

Clark is viewing The Collective kind of like a home improvement show.

“You actually see the reality of what things are — there’s no winner or loser. It’s just the reality of what’s happening and what goes on behind the scenes of creating a collection and putting on a big fashion show," she says. "It’s going to show all the aspects of it, between the models, the designers, the cities. Of course there will be some drama, but that’s all the normal stress that goes on backstage and within creating a collection."

The idea for the show started in October 2020. The Collective co-producers Amy Bond and her husband Angelo La Pietra — who were on Project Runway seasons 17 and 16, respectively — were in town working with a local modeling agency and began exploring Cincinnati. After stumbling into HOMAGE in Over-the-Rhine, the pair found out about Project Runway alum Clark right next door at high-end womenswear boutique Idlewild.

Clark, who is also the designer behind luxury women's line Grind and Glaze, was going about her typical day managing Idlewild when the producers made their way in.

"(Bond and La Pietra) learned to really love the city; and sort of giving this opportunity to a smaller city and to these models that are in the city, because it is harder for designers and models to get national recognition when they’re based in Midwest,” Clark says.

Bond and her husband saw the chance to combine the creativity of celebrity and local designers to “build collective energy in smaller cities, like Cincinnati.”

The show's co-hosts include Bond; fashion model Laura Kirkpatrick-Cianciolo, who currently lives in Cincinnati and was a contestant on America's Next Top Model; and Ty Hunter, a celebrity stylist with clients like Beyoncé and Billy Porter.

As with everything these days, COVID will make an appearance.

“The initial episode is about the designers emerging out of the isolation of 2020, coming together to showcase their designs and meet fans via live events streamed across the globe” says Bond in the press release.

In addition to episodes streaming live, The Collective is challenging another aspect of traditional reality TV.

“Unless you won a challenge or you won the whole entire competition, the designers (from reality TV shows) don’t get paid anything. Through The Collective, we all will make a percentage of all ticket sales,” says Clark.

To learn more about the designers, events and to buy tickets, visit thecollectivefashionshow.com.

Clark’s brand Grind and Glaze is produced by Sew Valley, a sustainable, small-batch apparel manufacturer located in Cincinnati’s West End. Grind and Glaze is an homage to Clark’s rural roots, growing up with a ceramicist and miller for parents. Clark takes traditional pieces, like the apron, and transforms them into sustainably made clothing items.