Cincinnati Is One of the Nation's Most Walkable Cities for 2021, Study Says

According to data, Cincinnati has a whopping 22.33 acres of park land per 1,000 residents. 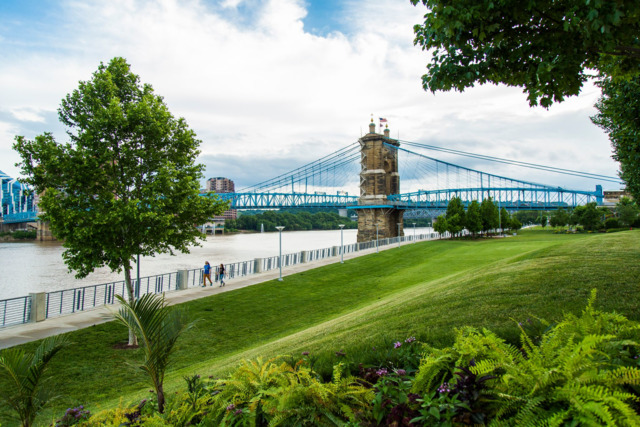 Photo: Hailey Bollinger
Cincinnati is one of the nation's top cities for parks and outdoor recreation, thanks to spaces like Smale Riverfront Park.

Go take a walk, Cincinnati — after all, this apparently is one of the best cities for it.

CommercialCafe, a commercial real estate blog, ranks the Queen City as No. 10 in the United States for walkability and outdoor leisure potential. Cincinnati also is No. 8 for natural and improved walking trails and No. 9 for park spending.

Cincinnatians — and those who carry the Queen City in their hearts while living in other areas — certainly know all about the grand parks, trails, playgrounds and other outdoor spaces that the city offers. Earlier this year, readers of USA Today’s “10 Best” travel information hub ranked Smale Riverfront Park as the No. 5 river walk in the nation.

To determine its rankings, CommercialCafe looked at walkability data from the Center for City Park Excellence Trust for Public Land for U.S. cities with a population of at least 300,000.