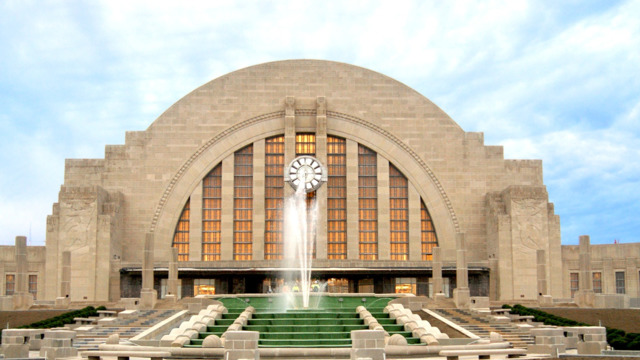 The Cincinnati Museum Center will reopen July 17 with two new permanent exhibits, but it, like many other businesses, has made a few changes to protect employees and guests from the novel coronavirus.

Chief among the museum’s new precautions is its transition of many of its interactive experiences to make them touchless via a phone app called Digimarc Discover. The free download allows users to scan signs at the museum’s exhibits to digitally explore interactives. CMC recommends that users bring headphones though, because some of the interactives include sound.

There’s also the addition of the now ubiquitous mask requirement for employees, social distancing markers and a rigorous cleaning schedule. To better control attendance levels, CMC has also added timed tickets for admission, and asks that guests purchase them online in advance.

“We are doing our part to create a safe, clean environment for our staff and guests and we’re asking everyone to please experience our museum responsibly,” said Elizabeth Pierce, president and CEO of Cincinnati Museum Center. “The community makes our museum and we need our community to help ensure it remains a safe space for everyone.”

CMC will also operate at around 25 percent of its capacity, which is below Ohio’s business capacity limit, to give the museum room to add more time slots if there is enough demand, said Cody Heffner, senior director of marketing and communications.

As for the fun stuff, CMC has added new exhibits: Shaping our City and You Are Here.

“Transportation has both spurred and been spurred by innovation, showcased in the exhibit by vehicles, maps spanning centuries, objects and interactive elements,” a press release said.

The other exhibit, You Are Here, is a celebration of Cincinnati that tells stories of the city’s people, places, traditions and struggles, centering on three themes: living here, working here and playing here. It features a mural studio developed by ArtWorks and a desk where guests can read historic news stories.

CMC also has two featured exhibitions: Maya: The Exhibition and An Unfinished Revolution: Women and the Vote.

Making its U.S. debut, Maya: The Exhibition explores the Maya civilization and showcases over 300 Mayan artifacts.

“‘Maya: The Exhibition’ reveals how the Maya’s influence continues to impact us today, and how their people live on in the millions who carry on their tradition in language and lineage,” said a release.

A commemoration of the 100th anniversary of the 19th Amendment’s ratification, An Unfinished Revolution: Women and the Vote explores women’s courage and resilience in the fight for suffrage. It also showcases struggles of groups today in securing their right to vote.

The museum also celebrates the work of Cincinnati-based artist Charley Harper through an exhibit featuring his art and short stories that discuss his views on the natural world and its environmental issues.

“More than an art gallery, the exhibition challenges us to confront alarming issues threatening the Earth and its inhabitants, including global warming, water pollution and habitat destruction,” a press release said.

The OMNIMAX theater will also reopen with reduced capacity July 17, showing Superpower Dogs, a documentary about dogs around the world that save lives, narrated by Chris Evans, and Apollo 11: First Steps Edition, which shows newly discovered footage from the mission.