Guests can come face-to-face with characters like Buzz Lightyear, Dory, Mike and Sulley, Edna Mode and WALL•E. Exhibit tickets are now on sale. 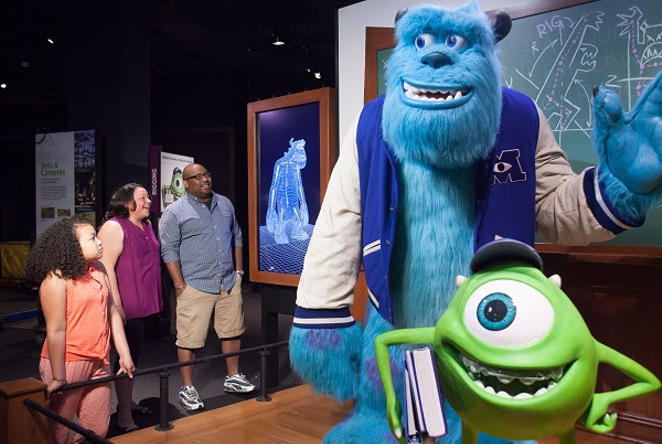 Tickets for the Cincinnati Museum Center’s upcoming exhibition are on sale now.

The Science Behind Pixar, opening Oct. 22, is an interactive exhibit that showcases the uses of STEM (science, technology engineering and mathematics), imagination and curiosity, the museum says in a release. Guests can come face-to-face with Pixar characters like Buzz Lightyear, Dory, Mike and Sulley, Edna Mode and WALL•E.

“The Science Behind Pixar demonstrates how wonderfully the components of STEM intersect to create whimsical worlds and iconic characters who have defined a generation,” says Elizabeth Pierce, president and CEO of the Cincinnati Museum Center (CMC). “With interactive elements that make the complex concepts of digital animation accessible to a variety of age groups, the exhibition will inspire the next generation of imagineers to bring their own visions to life.”

Through eight interactive areas, CMC says The Science Behind Pixar empowers guests to imagine the STEM concepts behind Pixar’s films. With over 50 interactive elements, visitors will get to see the eight steps of the filmmaking process — modeling, rigging, surfaces, sets and cameras, animation, simulation, lighting and rendering.

Guests can hear first-hand from members of the studios’ production teams. They can even experience different roles within film production through screen-based activities and interactive elements. Some of the activities in the exhibition include (as described by the CMC):

Tickets for The Science Behind Pixar are $19.50 for adults and $15.50 for children and seniors. The Cincinnati Museum Center is located at 1301 Western Ave., Queensgate.