Despite not making it to the postseason, several Reds had hot bats in 2021. 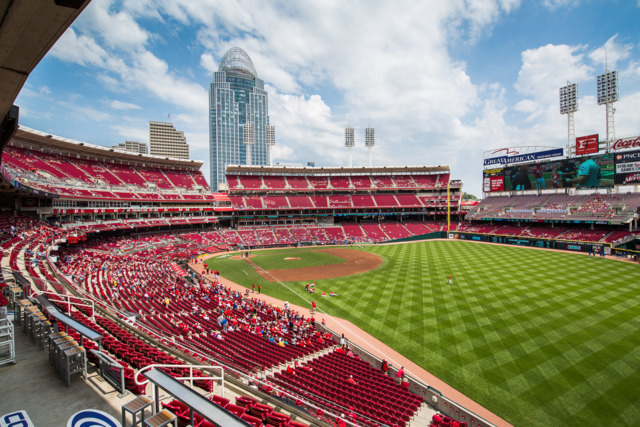 One recent honor wasn't enough for Cincinnati Reds second baseman Jonathan India. Now he could win another, as are three of his teammates.

Four Cincinnati Reds players are finalists for Major League Baseball's Silver Slugger Award. The honor, presented by the Louisville Slugger brand, is given to the player at each position in each league who had the best offensive season. A designated hitter also wins in the American League, while a pitcher takes home a prize in the National League.

For the 2021 regular season, four Reds are in contention for Silver Slugger Awards in the National League. Joey Votto is in the running at first base, competing against Freddie Freeman of the Atlanta Braves, Paul Goldschmidt of the St. Louis Cardinals and Max Muncy of the Los Angeles Dodgers.

At second base, Jonathan India is up, hot off just being named as Baseball America's Rookie of the Year. He's competing against Ozzie Albies of the Atlanta Braves, Jake Cronenworth of the San Diego Padres and Justin Turner of the Los Angeles Dodgers.

Congrats to the Reds' four finalists for Silver Slugger awards at their positions!

Nick Castellanos and Jesse Winker are duking it out in the outfield category. They're up against Juan Soto of the Washington Nationals, Bryce Harper of the Philadelphia Phillies, Bryan Reynolds of the Pittsburgh Pirates, Adam Duvall of the Atlanta Braves and Tyler O’Neill of the St. Louis Cardinals.>

Managers and coaches from each MLB team determine Silver Slugger Award winners (they are not permitted to vote for members of their own teams). The award has been handed out since 1980.

Winners of the 2021 Silver Slugger Award will be announced Thursday, Nov. 11.