Cincinnati Reds Set New Franchise Record for Losses, Are Now Literally the Worst They've Ever Been

Time to add Gapper or that baby-holding dad to the roster?

Photo: Casey Roberts
At this point, Gapper may need to be added to the Cincinnati Reds' 40-man roster.

It's official. The Cincinnati Reds have never been this bad.

Upon wrapping up a losing series with the Colorado Rockies on May 1, Cincinnati's home team owns both Major League Baseball's worst record and the Reds' record for the worst start in franchise history. ESPN says the Reds also are tied for the MLB's second-worst record for the first 22 games of a season.

The team won games only on April 7 and April 10 in Atlanta against the Braves as well as on April 24 when hosting the St. Louis Cardinals at Great American Ball Park. Cincinnati had an 11-game stretch of losses between the Braves and Cardinals wins, and now the Reds are in a six-game funk as they look toward a series with the 15-8 Milwaukee Brewers that will begin May 3. The Reds have been swept in five of their seven series thus far.

"This is a tough, tough spot, and I really have a lot of faith in our staff and our team to turn this around. That's a huge challenge. But I know it's going happen. That's the only focus I have. I haven't thought of anything else," Cincinnati Reds manager David Bell said on May 1 after the team lost 10-1 to the Rockies.

The Reds were brutally shellacked in their latest loss. Starter Reiver Sanmartin pitched just two outs but allowed six hits, six runs, two walks and a home run through 10 batters and 43 throws. Buck Farmer stepped in but didn't fare much better; by the time he was finished pitching at the bottom of the second inning, the Rockies were up 9-0.

Cincinnati's only score was when Brandon Drury – who was playing third in a position shuffle – homered off of Rockies starter Kyle Freeland in the top of the fifth inning. But that run was negated when the Rockies' Randal Grichuk slammed a home run in the eighth.

To make matters worse, Reds second baseman Jonathan India – the National League's reigning Rookie of the Year – was sent to the 10-day injury list with hamstring problems for the second time this year. The team leads the MLB with 13 players on the IL. Watch: Dad Catches Foul Ball While Feeding Baby at Cincinnati Reds Game: Honestly, it was the play of the game — and maybe even the season.


Pressure on Reds owner Bob Castellini and the team's front office continues to mount in what clearly has become yet another "rebuilding season." Fan enthusiasm and trust have been waning since the Reds lost free agents like All-Star outfielder Nick Castellanos and traded away big contributors like Jesse Winker, third baseman Eugenio Suárez and pitcher Sonny Gray. Just before the start of the season, Castellini said that he wanted to concentrate on developing younger players, and the team has indeed cut payroll.

Feeling betrayed and fearing that 2022 would not be a legitimate push for playoff glory, some fans raised more than $4,000 for a billboard urging Castellini to sell the Reds to someone who would invest in winning. The billboard went up in time for the home opener, and fans have continued to sport shirts and hold signs with similar thoughts at games.

That I-75 billboard and fans' growing lack of trust in the team elicited a sharp response from the Reds' chief operating officer Phil Castellini, who told 700 AM WLW radio that Cincinnatians essentially just have to deal with it when the team repeatedly refuses to pay for productive veteran players. 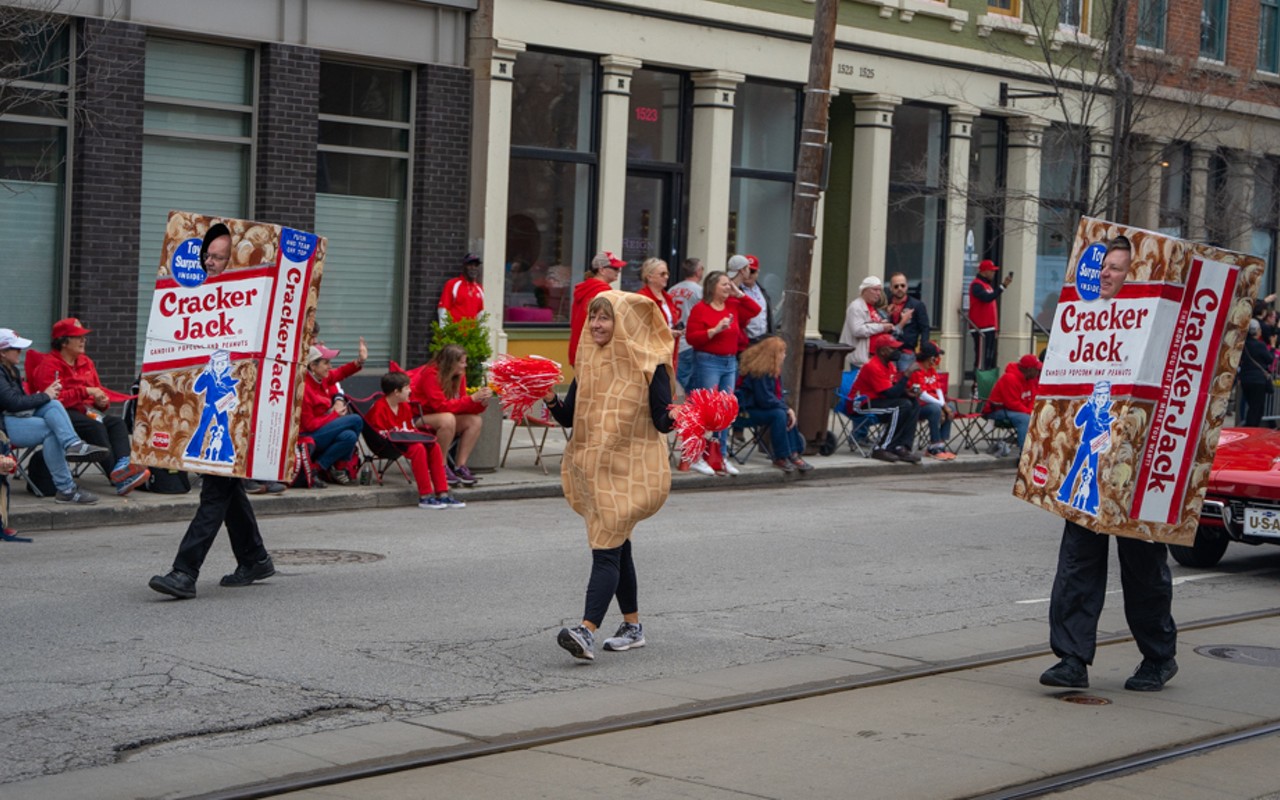 
"Where are you going to go? Let’s start there," Castellini said. "Sell the team to who? If you want to look at what would you do with this team to have it be more profitable, make more money and compete more in the current economic system that this game exists, it would be to pick it up and move it somewhere else. And, so, be careful what you ask for."

Phil Castellini then tried to walk back his comments, telling WLW a few hours later, "I apologize to Reds fans and regret the comments that I made earlier today. We love this city, we love this team and we love our fans. I understand how our fans feel, and I am sorry."

He also reportedly sent a letter to Reds staff members with an apology for his comments.

Castellanos, who eventually landed with the Philadelphia Phillies on a five-year, $100 million deal, has repeatedly talked about the importance of team owners investing in productive players. And after the Reds went 83-79 in 2021, longtime first baseman (and new social media darling) Joey Votto voiced his concern.

Former Cincinnati Reds Outfielder Nick Castellanos Says Wealthy Owners are 'Starving Baseball out of These Cities': Castellanos also says he feels sorry for Cincinnati fans and confirms that the Reds didn't call him during free agency.


"I have higher expectations to be part of other large Major League moments," Votto said in an interview. "That’s without question concerning to me. I’ve been in the same uniform my entire career. We haven’t done enough winning."

The postseason continues to evade the Reds in any meaningful way. During the COVID-shortened 2020 season, the Reds made it to the Wild Card playoffs but lost the first round to the Atlanta Braves without scoring at all; before that, Cincinnati hadn't been to the postseason since 2013. The Reds have had just five winning seasons out of the last 15.

The Cincinnati Reds will head to Milwaukee to face the Brewers on May 3-5.