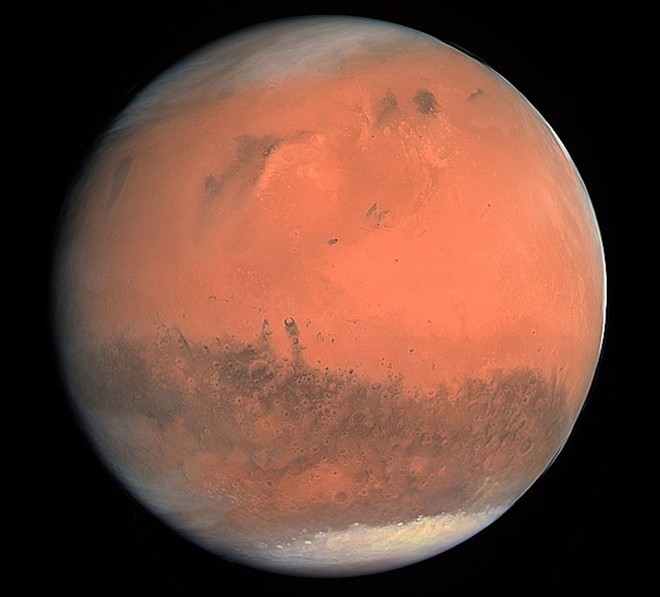 On Wednesday, Dec. 7, Cincinnatians should set a reminder to look up at the night sky. Not only will Greater Cincinnati residents be able to see December's full moon, but they will also get to see a rare lunar event as the moon "occults" Mars.

"Occultation" is when the moon eclipses light from stars or planets as it circles the Earth. On Dec. 7-8, the moon's occultation of Mars will be visible to people in parts of the Americas, Europe and Northern Africa, according to In-The-Sky.org, and that includes here in Cincinnati.

In Cincinnati — as long as the weather cooperates — we should be able to see the occultation for a little over 30 minutes on Dec. 7. The occultation will start at 10:21 p.m. in the eastern sky. Mars' light will then reappear at 10:54 p.m.

Following the lunar event, the moon will become full at 11:08 p.m. In December, the full moon is nicknamed the Cold Moon, "a Mohawk name that conveys the frigid conditions of this time of year, when cold weather truly begins to grip us," according to Almanac.com.

December is also the best month to view Mars as it reaches opposition, which means it's opposite the sun in our sky and is visible from sundown to sunup, says EarthSky. Mars will also be at its brightest during December, and it's the closest the planet will be to Earth for two years.

EarthSky says because the moon will be full and bright during the occultation, binoculars will help you spot Mars easier.