Filmed in May, tonight's episode will feature contestants testing their skills on various obstacles, such as the ring swing, wingnuts and a spinning bridge 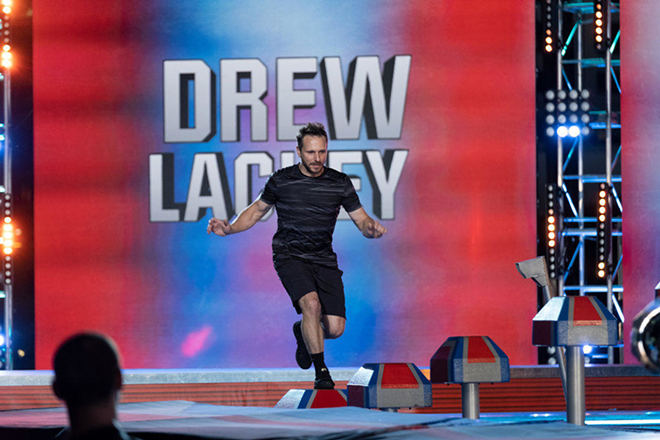 Photo: Dennis Mong
Drew Lachey on "American Ninja Warrior"
Make some popcorn and sprawl out on the couch to watch tonight's episode of American Ninja Warrior, in which competitors test the limits of their athleticism via a notoriously difficult obstacle course. Bonus: tonight is the premiere of the episode that filmed in Cincinnati from May 18-27. Catch it on WLWT/NBC at 8 p.m.

The Queen City is one of six cities chosen to host a qualifying round this season, with the finals to be held in Las Vegas on a four-stage course modeled after Japan's Mount Midoriyama. The winner will take home $1 million. Months ahead of filming, the Ninja production staff worked with local nonprofit Film Cincinnati to scout out a space for the obstacle course, which ultimately was set up along Second Street from Race Street to Walnut Street downtown.

“We could not be more excited to have hosted American Ninja Warrior in downtown Cincinnati and show off the city to the entire country,” says Kristen Schlotman, executive director of Film Cincinnati, in a press release. “The show has such a tremendous following and we were honored to have the ninjas and their fans come to town.”

In previews of tonight's episode, a famed Cincinnati hometowner even makes an appearance: 98 Degrees' Drew Lachey.