Winterfilm kicked off Feb. 1, with filmmakers currently in the midst of finishing their respective projects by March 1. A screening event will follow April 5 at the Woodward Theater 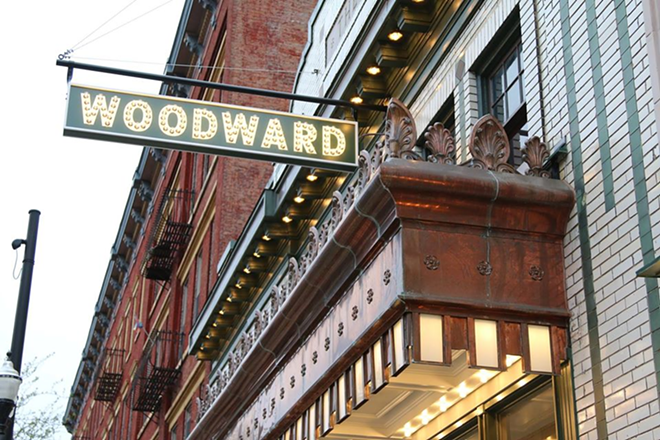 Photo: Hickory Taylor
Winterfilm will culminate in a screening event/awards ceremony at the Woodward Theater on April 5.

Kent Meloy first introduced Winterfilm in 2013 under a simple premise: Participants had one month to brainstorm an idea and bring it to fruition via an original short film.

Years prior to Winterfilm’s inception, Meloy was on the board of the Southern Ohio Film Association, which led him to partake in the 48-Hour Film Project, a fest that is billed as “a wild and sleepless weekend” in which teams compete to write, shoot and edit a movie in 48 hours.

“The last one we did, we got Best Picture and I got Best Director,” Meloy says. “I thought, 'this is really cool,' but at the end of the day it’s not the greatest film... And I started thinking: What if we had more time? And what if (filmmakers) had fewer constraints?”

As the name suggests, the events unfold each February during the winter; 2020’s Winterfilm kicked off Feb. 1, with filmmakers currently in the midst of finishing their respective projects by March 1. (Film turn-in takes place at Japp’s between 8 and 10 p.m. March 1.)  A screening event will follow on April 5 at the Woodward Theater, during which winners will be crowned in various categories.

In their first year, Meloy estimates that about 17 teams participated. And though Meloy says that the number of participants has fluctuated each year, in the recent past they’ve capped the count to between 20 and 22 teams. That’s not the case this year: because of how quickly sign-ups filled, they opened the competition to include 27 teams in total.

Unlike similar competitions, there are no genre constraints or required lines of dialogue. The only rules? Films must be under (or at) 11 minutes; they’re assigned a broad theme and one prop they must implement. This year’s incarnation hones in on “seven” with the prop being an “antique photograph.”

Eric Boso, a Columbus-based filmmaker who has been involved in nearly every Winterfilm — including this year’s — tells me via email that the event’s competitive nature and time constraints force him to be more disciplined and efficient in his work.

“Making a film with a time limit and an assigned theme is kind of like working out with a plastic bag over your head: it may be harder than it has to be now, but it makes doing the thing without any restrictions a hell of a lot easier,” Boso says.

Margaret McGurk, a former Cincinnati Enquirer film critic who has helped with Winterfilm for several years in a number of facets, makes a similar comment. She says that the event provides another outlet for those involved to “exercise their creative muscles in a format that allows a more deliberate approach” to movie-making. 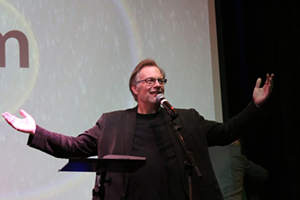 As an out-of-town filmmaker, Boso says that he gets to “disrupt” the Cincinnati scene through his entries. Having worked in the Columbus film community for six years, people know, accept and support him there. But his first entry in Winterfilm was met with indifference.

“Cincinnati allowed me to start from the bottom again; people became more and more receptive to each annual entry, and now I'm happy to say we are regularly honored with nominations and awards,” Boso says. “Feeling connected to a larger network gives a heavier weight to your failures and successes, and I'm extremely grateful for that.”

Like Boso, a handful of filmmakers return year after year to flex their creative muscles, creating works alongside fresh faces. And the excitement around the event has also grown. Meloy notes that they had around 200 attendees at 2019's Winterfilm screenings/awards — nearly double that of the previous year.

“I’m thrilled. It’s so cool and I’m trying to think if I’ve ever had anybody ever walk away from this thing just screaming at me for everything I did wrong,” Meloy says. “It’s becoming a very tight, friendly community of competition.”

What’s next for Winterfilm? Meloy isn’t sure but says that they’re weighing what it might mean to expand the event or introduce the concept to a new city.

“I have to figure out how to maintain the quality because one of the things I’m proud of with this is that we put on a good show,” Meloy says. “With the awards, we get up there with envelopes and (say what the nominees are) and try to make the experience worth the time and effort they put into making movies.”