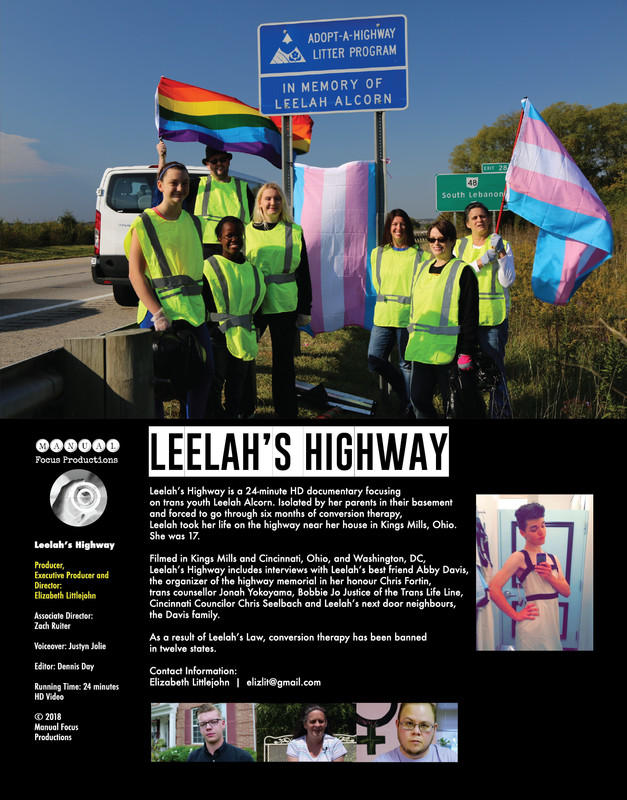 As the first Cindependent Film Festival moves closer to occurring on Aug. 23-25 at the Woodward Theater, MOTR Pub and Mini MicroCinema in Over-the-Rhine, it is starting to get more word out about its programing. Recently, it announced some of the films it will be showcasing that have a local connection, including the debut of the 24-minute documentary Leelah's Highway, about the Kings Mills trans teen Leelah Alcorn, whose death by suicide in 2014 attracted international attention.

The film's poster, in explaining its subject, says "Isolated by her parents in their basement and forced to go through six months of conversion therapy, Leelah took her life on the highway near her house in Kings Mills, Ohio. She was 17." It also says that "as a result of Leelah's Law, conversion therapy has been banned in twelve states."

The festival today also released a trailer that offers brief glimpses of films it will be showing. You can see it here:

The non-profit CIFF is producing the fest to promote Cincinnati as a home for independent filmmaking.

Tickets and more information are available at cindependentfilmfest.org.