The theater company will offer its first musical comedy, plus George Orwell, August Wilson, Shakespeare and a sexy French farce 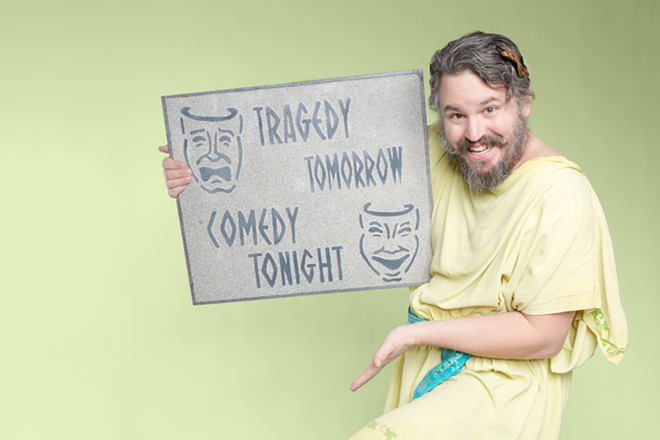 Photo: Mikki Schaffner Photography
Matthew Lewis Johnson as Pseudolus in A Funny Thing Happened on the Way to the Forum.

Cincinnati Shakespeare Company kicks off its 25th anniversary season in September with something it’s never done before: a musical comedy. Never fear, it’s a modern classic, based on comedies by Plautus, a comic playwright from Ancient Rome. It’s A Funny Thing Happened on the Way to the Forum (Sept. 7-29, 2018) by legendary composer and lyricist Stephen Sondheim. It was a Broadway hit and a Tony winner in 1962, the first show for which Sondheim wrote both music and lyrics. (His first Broadway forays were to write lyrics for West Side Story in 1957 and Gypsy in 1959.) Forum’s book by Burt Shevelove and Larry Gelbart is a comic masterpiece, full of shenanigans, hijinks, jokes, puns and general tomfoolery by Pseudolus, a lowly slave scheming to obtain his freedom. Past Cincy Shakes veteran Matt Johnson will return for the central role, and Broadway regular Patrick Ryan Sullivan will be the arrogant soldier Miles Gloriosus. The show will be music directed by local conductor Erin McCamley and choreographed by CCM professor Vince DeGeorge. 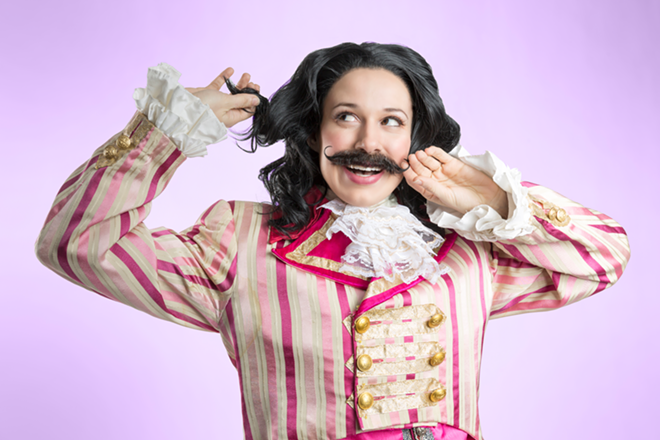 Twelfth Night (Nov. 16-Dec. 8, 2018), a romantic comedy that encompasses a shipwreck, a cross-dressed lady, a lovelorn lord, a fickle countess, a drunken uncle, a flamboyant fop, an uptight servant, a mischievous clown, a protective pirate and an identical twin. It’s one of Shakespeare’s most delightful plays.

The Winter’s Tale (March 1-17, 2019), a seldom-produced story about the irrational jealousy of King Leontes, king of Sicilia, who believes his wife Hermione has been carrying on an affair. He banishes her and their newborn child to the wilderness. After many years Leontes learns the consequences of his actions in this magical tale of wrath and redemption, and of loves lost and found. One of Cincinnati’s best professionals, Bruce Cromer, will play Leontes; Cincy Shakes veteran Kelly Mengelkoch will be Hermione. Christopher Luscombe, an associate artist with London’s Royal Shakespeare Company, will direct.

Macbeth (April 5-May 4, 2019), Shakespeare’s great tragedy about a noble Scottish Lord Macbeth who, encouraged by witches and his ruthless wife, believes he is destined to be king and follows a bloody path to get there. It’s a thrilling play about ambition, morality, tyranny and corruption. It will be staged by Cincy Shakes veteran Miranda McGee with Giles Davies as Macbeth and Mengelkoch as his scheming queen.

As a classic theater, Cincy Shakes also brings to its stage literary adaptations, great modern works and classic plays from world theater. The upcoming season offers one of each: 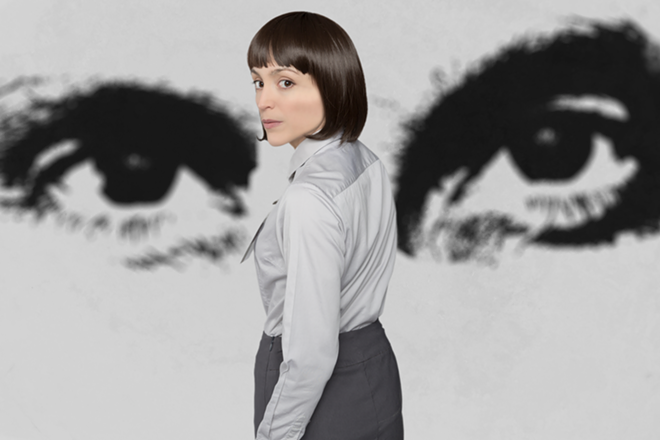 1984 (Oct. 12-Nov. 3, 2018) by George Orwell in a new play by Robert Icke and Duncan Macmillan receiving its regional premiere here. It’s about a dystopian future where persecution masquerades as patriotism and surveillance as security. This rendition had a well-received production recently in London’s West End and a special limited engagement on Broadway. The regional premiere of this taut political and psychological thriller will be an intriguing option for the tumultuous world of 2018.

Fences (Jan. 25-Feb. 16, 2019), the first time Cincy Shakes has ventured into August Wilson’s “Century Cycle,” 10 plays about African-American life during the decades of the 20th century. You might know this one, a Pulitzer Prize winner, thanks to 2016 cinematic rendition featuring Denzel Washington as Troy Maxson, a one-time star of the Negro baseball leagues now working as a Pittsburgh garbage man who was denied his shot at the big leagues. When his son wants his own chance to play ball, Troy’s bitterness and resentment threaten to tear the family. This one will be staged by Christopher V. Edwards, artistic director at the Actor’s Shakespeare Project in Boston, who is directing Cincy Shakes’ upcoming production of Othello.

A Flea in Her Ear (May 17- June 3, 2019) is a 1907 sex farce by French playwright Georges Feydeau in a 2006 version by David Ives, whose Venus in Fur was the toast of Broadway in 2011. It’s about a night a hilarious night in Paris’ most notorious hotel. A cast of colorful cast of characters runs amok through the corridors, leaving chaos — and occasionally clothing — in their wake.

The Complete Works of William Shakespeare (abridged) (July 20- August 11, 2018) is the zany, three-actor roundup of Shakespeare’s entire canon of plays — comedies, histories and tragedies — in less than two hours. Adam Long, Daniel Singer and Jess Winfield’s script, now a classic in its own right, is the perfect way to launch Cincy Shakes’ 25th anniversary season. Also back for seasonal entertainment will be Every Christmas Story Ever Told (And Then Some!) (Dec. 14-30, 2018), the slightly irreverent mash-up of “Beloved Holiday Classics” from Dickens to Dr. Seuss in 90 minutes of high-speed hijinks.