Comedian Pete Lee, Who Once Followed Chris Rock and Tracy Morgan (Voluntarily!), is Coming to Cincinnati

Used to shorter sets, Lee will stretch out for an hour at Liberty Township's Funny Bone. Watch his recent performance on 'The Tonight Show' 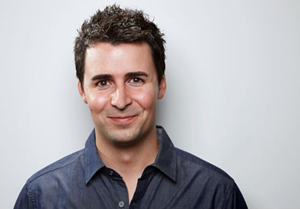 “I’ve spent most of my career on the road,” says comedian Pete Lee. “So, a few years ago, I decided to downshift and stay home in New York City and perform more and audition more.”

That makes his upcoming appearance at the Funny Bone that much more special.

“I just get to let loose. I’m usually doing just 15-minute sets in New York, but in Cincinnati, I’ll get to go for an hour,” he says.

Outside of stand-up, Lee has worked on truTV’s Greatest Ever and NFL Rush and recently became a regular performer at New York’s famous Comedy Cellar, which has been both challenging and thrilling.

“One night I followed Chris Rock and Tracy Morgan," Lee says. "I was the guy that volunteered to go up after that murderer's row. I was like ‘I’ll do it. I’ll try it.’ ”

Here's Lee on The Tonight Show earlier this year: