Jeremy Essig may or may not be recording a CD at Go Bananasthis week. “I don’t know if they know about it,” he says, laughing, “I justsort of decided. I had a spot open up and [Go Bananas] had a week open, so Ipicked it up." 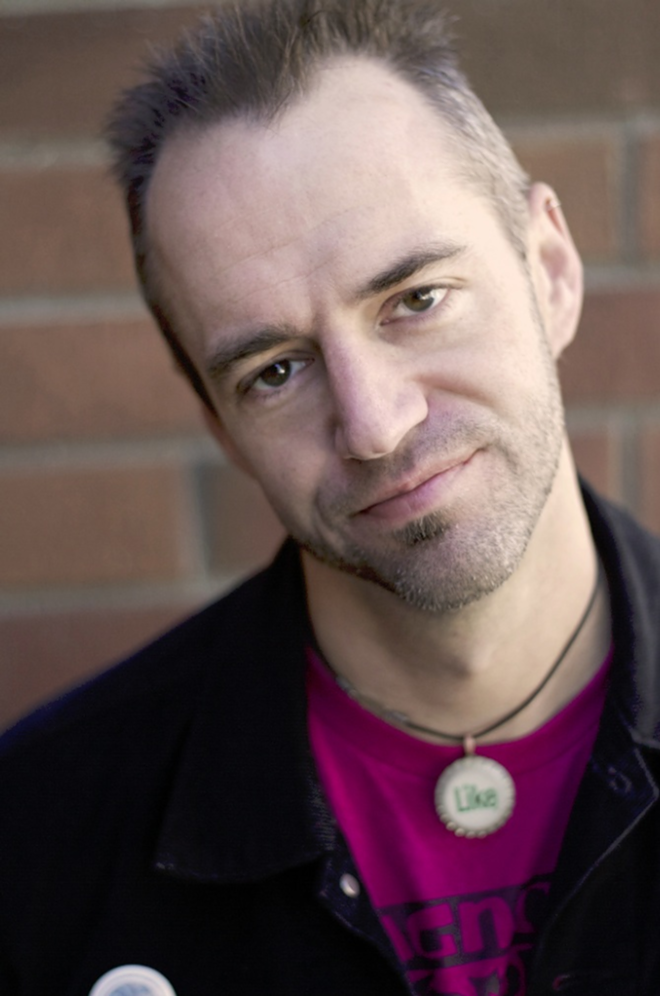 Jeremy Essig may or may not be recording a CD at Go Bananas this week. “I don’t know if they know about it,” he says, laughing, “I just sort of decided. I had a spot open up and [Go Bananas] had a week open, so I picked it up. I was planning on recording whenever I did my week there this year. It just came sooner than I thought.”

Essig adds that if it’s anything like his last CD recording, it may never see a release date. “So it’s a recording,” he says of his Cincinnati shows, “that in a month I’ll probably listen to and say ‘Nah,’ and toss it aside again.”

For his previous effort, Essig concentrated on the sound quality. That’s not unusual when you consider that he was a Rock musician before he did stand-up, playing guitar and bass in the bands Box of Rocks and The Flaming Moes. “I was really trying for a different sound,” he says. “I don’t think people take sonics into consideration a lot with comedy CDs like they would a music CD.”

Essig, an avid reader, had been reading books by record producers paying particular attention to how they recorded sound. “So, I decided I wanted to record in a small room that seats maybe 25 to 30 people.” When the producer sent him the final mix, Essig discovered the laugh track had been doubled. “I told him that wasn’t what I was going for. It doesn’t sound fake, but it is fake. I was there.”

By the time the producer was able to revisit it, too much time had passed. “At that point I was like, ‘I tell all of these jokes better now. I’ve added tags or cut words.’ ” Essig had 50 copies printed and sold them all on his website for his fans that wanted it. “So, I guess I did release it, but I didn’t release it. It was like an Easter egg.”

Always forward-thinking, Essig continues to test the boundaries of stand-up. In the old days it was known as alternative comedy, a term he bristles at now. “I really wish people would stop using that word in regard to anyone because it really is a meaningless term,” he says. “That was a thing that [Brian] Posehn did or Patton [Oswalt] did and is now just a term for guys who have beards.”

Still, Essig is looking for ways to change things up. “What I’m trying to do now is just something different and I don’t even know necessarily what that is,” he says. “I’m trying to expand what stand-up is. I’ve started doing things like bringing my guitar on stage and not playing it, but if any random person from the crowd wants to come up and play guitar during the show they can and I will start singing my jokes.”

Even though he’s a seasoned musician, this bit is still challenging. “It’s at whatever point they want to come up, so I don’t know where it will be in my set,” he says. “I’ve done it a couple times and people have played slow and then this one guy who was in a Punk band played crazy fast. I don’t know what chords or key they are going to play in, so I just have to make up a melody on the spot.”

Essig has been trying to involve the audience in other ways, too. “I don’t want to say I encourage heckling, but I’ve really started enjoying interacting with the audience. And I think there’s a difference between interacting and heckling. If someone from the crowd wants to play, that’s what I want to do.”

He explains the distinction. “If someone is yelling random stuff, that’s heckling and annoying, but if someone [just] wants to interact, let’s do that. Let’s see where that goes.”

Essig has also been thinking of using a variation of William Burroughs’ cut-up technique to create his set. “Maybe have a bowl out as the audience walks in,” he says, “and everyone writes down a word and by the time you finish your act, you’ve made jokes using those words and phrases.” He still has some bugs to work out on that idea. “I’m not sure how that would work timing wise. You’d have to cull it and then sit and work on it a bit.”

Whether it’s inviting people up on stage, talking and reacting to people in the audience or using some other way to involve the audience, Essig wants his shows to be different. His question now before each performance is: “Where can we take this together?”