Catch socially distant screenings of the 1997 made-for-TV "Cinderella," starring Brandy, plus "The Nightmare Before Christmas," "Singin' in the Rain" and 2019's freaky version of "Cats" 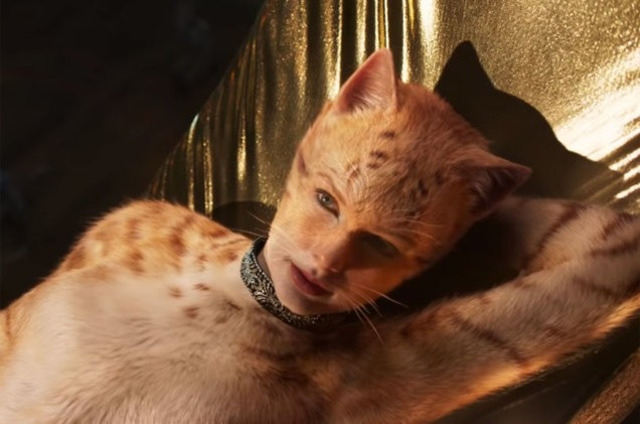 Covington's The Carnegie is using its historic theater to screen classic — or mostly classic — musicals in a socially distant space.

Each moviegoer is asked to wear a mask and practice safe social distancing inside. Hand sanitizing stations will be available.

With a maximum capacity of 50 people, each showing starts at 2 p.m. Tickets are free but you must reserve them ahead of time at thecarnegie.com or by calling the box office at 859-957-1940.

The Nightmare Before Christmas // 2 p.m. Saturday, Oct. 25 — Just in time for Halloween, this Tim Burton stop-motion animation favorite takes you into the world of Jack Skellington, as the Pumpkin King leaves his darkly fantastic Halloween Town to discover the magic of Christmas — after kidnapping Santa Claus. Rated PG.

Cats // 2 p.m. Saturday, Nov. 15 — Yes. It's that Cats. If you want to see human celebrities transformed into anthropomorphic cats (and Dame Judi Dench as a cat wearing a fur coat that seems to be made of other cats... or, as she referred to it in an interview Vogue, "like five foxes fucking" on her back) now's your chance. And The Carnegie will be offering some "games to play along, shout-outs, and snarky commentary that will leave you meowing in the aisles." The film is based on Andrew Lloyd Webber's classic 1980s musical, which is in turn based on T.S. Eliot's Old Possum's Book of Practical Cats. The film is rated PG, but event is suggested for 18 and up.

Singin' in the Rain // 2 p.m. Saturday, Dec. 20 — Directed and choreographed by Gene Kelly and Stanley Donen, this classic musicals stars Kelly, Donald O'Connor and Debbie Reynolds as they navigate Hollywood in the late 1920s. The "talkies" are comimg. Rated G.