In a new "New Yorker" interview, Acton says she could beat conservative Cleveland talk-radio host Mike Trivisonno in a fight — but won't. He has been the source of vast misinformation about COVID since March and has openly mocked Acton. 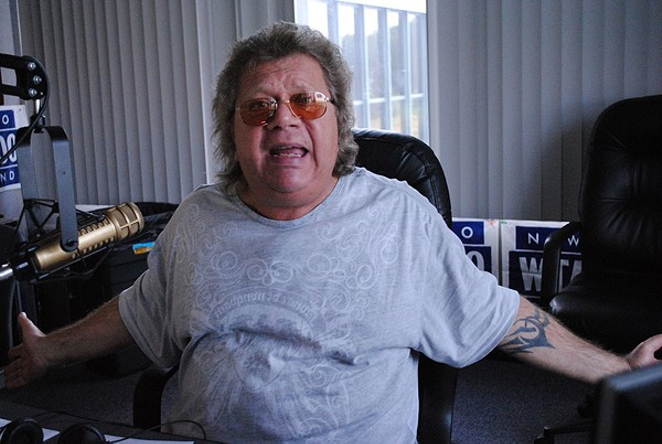 It's been a little more than four months since Dr. Amy Acton resigned as Director of the Ohio Department of Health after her sage and expert advice on masks and other coronavirus precautions led adult men and women to threaten her, protest at her house (occasionally with guns and anti-Semitic signs) and generally make her life a living hell while Gov. Mike DeWine bent to business and political pressure and moved to open the state.

After staying on as an advisor, Acton has since left the position, and stayed quiet. After being in front of the camera almost every day for months, she opted to avoid them all together from the end of the summer through the fall, instead focusing on her work at the Columbus Foundation and a new program called Kind Columbus, which is exactly what it sounds like and the reason she broke her silence and gave an extensive interview to the New Yorker.

In the piece, Acton says that as the election passes and the country continues to deal with the pandemic — both being issues that have created bitter divisiveness among Americans — the country needs kindness.

She told me that leaders need to “lay down the science of how we could lose another two hundred thousand people, just like that.” As a public-health figure, Acton, a registered Democrat, strove to be apolitical. She and DeWine worked well together despite their party affiliations. Acton strongly believes that, should Biden win, he must not leave “a quiet space” between now and the Inauguration. “We cannot wait two and a half months to start leading and messaging” about unity, she said.

She said, “The real battle is that people are suffering. We’re seeing the diseases of despair, like depression. Overdoses are up. There’s not a person I meet, from any walk of life, who’s not struggling right now, to make sense of it all, to tolerate ambiguity. Add the election; add the racial unrest.”

And in that vein, Acton, unsurprisingly, does not bash DeWine or get into the nitty-gritty of her departure or disagreements with the governor's response to the pandemic (though the author does note that Acton resigned after worrying that she might have to sign health department orders that violated her Hippocratic oath).

She does, however, take a moment to talk briefly about Cleveland radio's Mike Trivisonno, the WTAM host who has been the source of vast misinformation about the coronavirus since March (citing, recently, for example, the lie that the CDC claims masks don't work) and who has openly mocked Acton.

The upshot: Acton is pretty sure she could take him in a fight, but wouldn't, of course, because Triv's brand of anger and hysteria is exactly what's wrong with this country.

After leaving the government, Acton heard Mike Trivisonno, a conservative talk-radio host in Ohio, say that if his key adviser quit during a crisis, he’d want to punch him in the face. Acton told me, “I’m from Youngstown, and I’m kind of scrappy, and a part of me wanted to say, ‘All right, mister, you’re so tough—let’s go.’ But what echoed in my mind was the work that I did in Rwanda, post-genocide. The genocide started with these radio talk shows that built up this ‘othering’ of people. It dialled up and dialled up and dialled up. It’s not that one day the President gets taken out and everyone grabs a machete and literally goes after their neighbor; it happened over time.”

This story was originally published by CityBeat sister paper The Cleveland Scene.