Drink Bier, Shoot a Wooden Eagle and Eat Some Schnitzel at the Kolping Society's Schützenfest

This medieval German festival claims to be America's longest-running fest 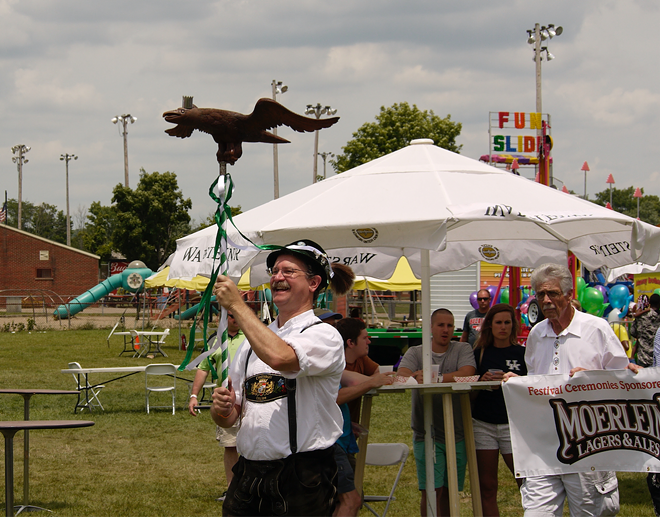 Translated as “The Marksman’s Festival,” Schützenfest began in the 15th century when, according to the legend, a German marksman shot an eagle that attacked a child. The marksman was made honorary king.

When German immigrants settled in Cincinnati, they brought the traditional fest with them, holding the first Schützenfest here in 1866.

Today, the Kolping Society continues the tradition with a weekend-long event that includes a competition for the shooting of a hand-carved eagle, a bier dash and authentic German food.