Enter the Twilight Zone at Books by the Banks

Saturday's Books by the Banks features 150 authors, including "Everything I Need to Know I Learned in the Twilight Zone" writer Mark Dawidziak 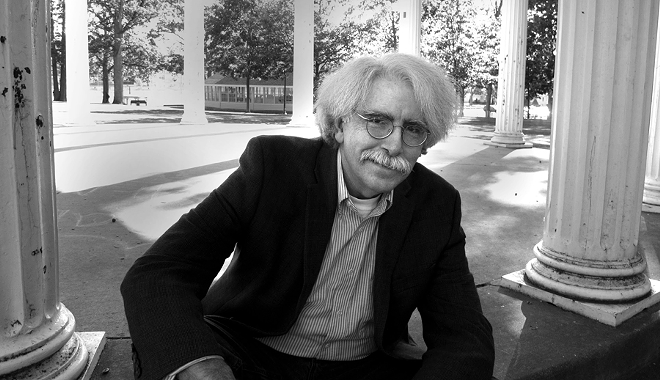 Rod Serling’s The Twilight Zone ran on television for five seasons more than 50 years ago, from 1959 to 1964, but its impact on the culture is immense and lasting.

“It is probably the single most referenced TV show in political columns and speeches,” says Dawidziak, a television critic at The Cleveland Plain Dealer and author of the recently published book, Everything I Need to Know I Learned in the Twilight Zone.

He will be one of some 150 authors appearing at Saturday’s 11th annual Books by the Banks festival at the Duke Energy Convention Center. Participants include such high-profile guests as jazz pianist Fred Hersch, a Cincinnati native who has written Good Things Happen Slowly: A Life In and Out of Jazz, and Gretchen Carlson, the former Fox News commentator whose sexual harassment lawsuit against Roger Ailes made major news. Her book is Be Fierce: Stop Harassment and Take Your Power Back.

“Twilight zone” as a term is part of our everyday language, especially since Donald Trump became president. “How many times in a month does somebody say, ‘This is a real Twilight Zone moment,’ or ‘We’re in the Twilight Zone’? It has entered the vernacular,” Dawidziak says. “So in that sense it’s iconic, and when something is there iconically, it’s there to be rediscovered. It’s always kind of there. That’s a great advantage The Twilight Zone has over a lot of shows that are disappearing from cultural view.”

Everything I Need to Know I Learned in the Twilight Zone is something of a “fifth dimension self-help book,” the author says. Chapters center on lessons gleaned from watching a given episode — 30-minute morality tales told via Serling’s incisive, often lacerating cultural critiques. The Twilight Zone tackles topics ranging from the dangers of racism, bigotry and censorship to the pleasures of owning dogs and the importance of self-discovery, all done through an entertaining television show that stands up as well today as did during its initial run.

“I’ve been a TV critic since 1979, and I have not interviewed a show runner or writer for television who has not said that Rod Serling is his or her hero, that Rod Serling was the person that they most admired,” Dawidziak says. “These are people like David Chase, who did The Sopranos, or Vince Gilligan, who did Breaking Bad, or Matt Weiner, who did Mad Men. That’s three writers right there, who don’t do genre, who don’t do science fiction, and they said, ‘Rod is the one who made me want to be a writer, who showed me what the possibilities were in television.’ ”

Serling — who was The Twilight Zone’s lead writer, producer, narrator and host — grew up in Binghamton, N.Y., but he found his future in Ohio. After a stint as a paratrooper in World War II, Serling followed in the footsteps of his older brother and enrolled at Antioch College in Yellow Springs. He began his professional career in 1950 with a three-year stint in Cincinnati — first as a network continuity writer at WLW radio, then as a staffer at WKRC-TV, where he wrote scripts for a comedy duo. All in all, Serling spent eight formative years in Ohio.

“When he went to Antioch he was thinking about becoming a physical education teacher,” Dawidziak says. “He discovered writing at Yellow Springs. He discovered he could work through the trauma of the war through writing, so Rod Serling becomes a writer on Ohio soil. The Ohio experience cannot be undervalued or underestimated, because that’s where he becomes one of the great American writers, and I think Rod Serling is one of the great American writers.

“A year after the end of The Twilight Zone, Star Trek starts, and Gene Roddenberry tells anybody who will listen that he learned what he did on Star Trek by watching what Rod had done on The Twilight Zone,” Dawidziak says. “If you put it on a spaceship and send it out to the far reaches of the galaxy, you can say whatever you want. You can talk about prejudice and war and ignorance and all of these things, and nobody is going to raise an eyebrow. Put the same thing in a straight drama and everybody’s going to get angry and protest.”