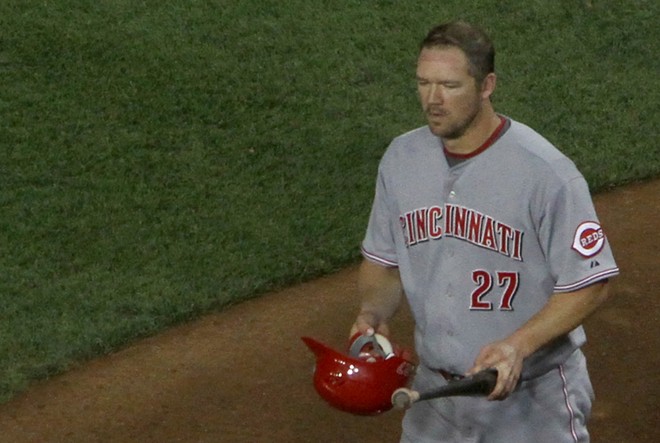 Could a former Cincinnati Reds player become the next inductee to the National Baseball Hall of Fame and Museum?

No, not Pete Rose. Come on.

Former Reds third baseman Scott Rolen is in his sixth year of Cooperstown eligibility, and some baseball insiders are saying 2023 will finally be the year he gets his due. Last year, Rolen received 63.2% of the Baseball Writers’ Association of America vote, and experts are predicting that he'll earn more than that when inductees are announced this month.

"If you look at [Chicago Cubs corner Ron] Santo's statistical similars on Baseball-Reference, Rolen is number two. Fortunately, things are evolving to the point with the voting body that Rolen is getting the respect that Santo should have gotten decades ago," Snyder says. "Santo got 3.9 percent of the vote in his first try. It's maddening just typing it out, even though I was a toddler at the time. He topped out at 43.1 percent and didn't make it until 2012. He would have been 72 years old, had he still been alive."

"Rolen is 47. He won't likely be waiting decades," he added.

"If you appreciate how the game is played, and not just batting stats, Rolen played it like a Hall of Famer. The subtle beauty was in how he made plays on the run at third base or the perfect cut around a base as he went first to third or second to home," Verducci said. 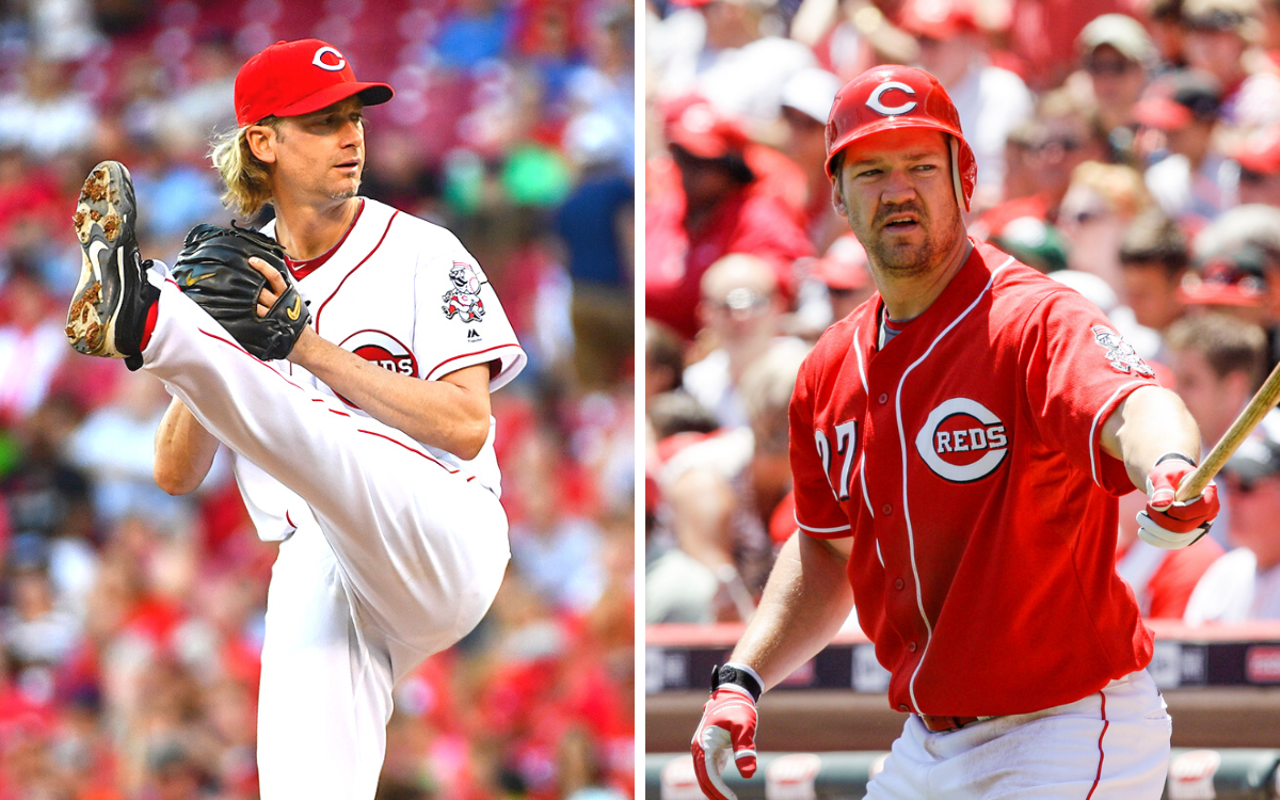 "We've seen candidates make up a bigger gap than that to get elected (Larry Walker from 54.6 percent in 2019 to 76.6 percent in 2020, for example)," Thibodaux told Randhawa. "The thing working against Rolen, though, is that there isn't the same 'last chance on the ballot' urgency as there was with [Colorado Rockies outfielder Larry] Walker and [Montreal Expos outfielder] Tim Raines and [Seattle Mariners designated hitter] Edgar Martinez before him. Rolen has been gaining ground in the early balloting, but it's not overwhelming, and he looks like he might truly be on the bubble this year. It could go either way."

Thibodaux added that other current HOF candidates would need an even bigger jump to make the cut, and he didn't think that was likely.

"Like 2021, this looks like a ballot where it's possible there will be no BBWAA electees," Thibodaux said. "[Colorado Rockies infielder] Todd Helton is off to an incredibly strong start and leads all candidates as of 130 ballots recorded at +22 gained votes (voters who voted for him this year but not last year). He has further to climb than Rolen, though, after finishing last year at 52%."

There are a total of 28 candidates on the 2023 Hall of Fame ballot, with 14 of them being new. Former Reds pitcher and upcoming Reds Hall of Fame honoree Bronson Arroyo also is on the ballot.

The Hall of Fame’s eligibility rules are somewhat complex and have different exceptions or classifications, but essentially, players must be retired from the game for at least five years, must have played in the majors for at least 10 seasons that touch some part of the last 15 years and must not be on the MLB commissioner’s “permanently ineligible” list (which is why Pete Rose is not in the Hall of Fame). Players who meet the criteria generally are eligible for election for 10 years, though there also are avenues for enshrinement through other committees or eras.

For induction, players must receive 75% of that year’s vote from the Baseball Writers’ Association of America (BBWAA). Results will be announced Jan. 24.

According to Thibodaux's Jan. 10 tally of public and private votes, Rolen currently is at 81.2% with 121 ballots.

Before the 2022 opening day for the St. Louis Cardinals, where Rolen was part of one of baseball's winningest eras, the third baseman shared some thoughts about his perpetual place on the Hall of Fame ballot.

"Things look good. That's where it's gone," Rolen said. "It's nothing that I can control or that our family can control, but I've had some luck going in the right direction. We'll see what happens. I have some time left."


CityBeat talked to Rolen when former Reds shortstop and current broadcaster Barry Larkin was inducted at Cooperstown in 2012.


"I remember, obviously, all the things everyone else remembers — his athleticism, his abilities and all that other stuff. When I was a rookie and I came up, my first spring training we were playing the Reds and I hit a double, and I was on second base and he patted me on the arm and said, ‘Good luck, you’re looking good.’ I’m like, ‘It’s Barry Larkin.’ It was just really a nice manner, you always saw him as professional. Everyone can go on about his playing on the field, but I just always remember seeing him as good guy, a good person. He was a professional and obviously made my day just talking to me, however old I was and on another team. It’s Barry Larkin. That’s the biggest thing I remember. You always saw a pleasant demeanor on the field. You felt like everything was OK in the world when Barry Larkin was out there playing shortstop.” 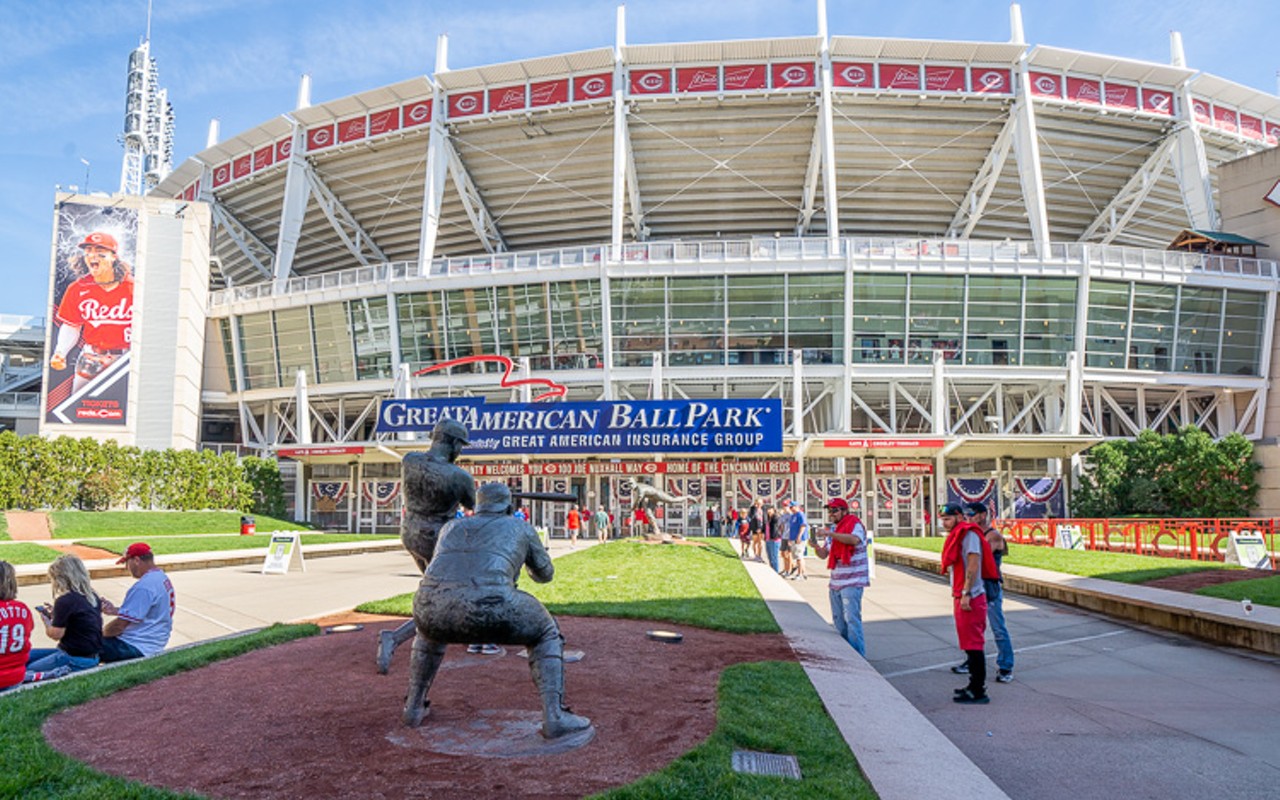 2023 Cincinnati Reds Schedule Includes Concerts, Arroyo Hall of Fame Induction, Giveaways: The Reds have a slate of promotions and special game days in the works for next season.


Known for his hustle and reliability, Rolen is right up there with third basemen already enshrined in the Hall of Fame. Over his career, he tallied a .490 slugging percentage (fourth-best), 517 doubles (fifth), 2023 games (sixth), 316 homers (sixth) and .855 slugging (sixth). Rolen is one of just four third basemen ever to compile at least 2,000 hits, 500 doubles, 300 home runs and 1,200 RBI, and he’s one of just three players at any position to post those stats.