As the old wive's tale goes, being born on Friday the 13th ensures bad luck for the rest of your life. That superstition gets put to the test in "Child of Friday" 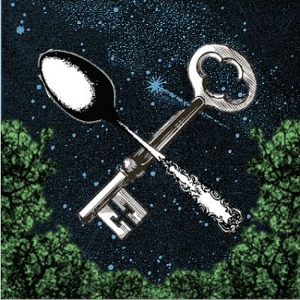 As the old wive's tale goes, being born on Friday the 13th ensures bad luck for the rest of your life. That superstition gets put to the test in Child of Friday.

One of two Fringe Next productions, meaning that the work was written and performed by area high school students, Child of Friday follows the story of Friday Pechman, played by Lizzy Roeding, a child who was born on Friday the 13th and. As a result, she has been neglected by her mother. But, really, she's lucky. Friday has been "adopted" by three high school students: Brandy Rosen (Mehryn Toole), Sawyer Weiss (Kenzie Gabbard), and Jimmy Easter (Grant Sower).

Upon hearing a fairy tale about a girl who finds her missing father, the sheltered Friday finds a letter with the address of her own absent dad and sets out to look for him. As a result, Brandy, Sawyer, and Jimmy all run away from their homes in order to search for her.

What ensues is a journey that leads Friday to a discovery that will change her life's course forever.

Playwright Isabelle Moses has created a script that echoes many social issues facing teens — from excessive parental expectations, overprotection to neglect, and teen rebellion.  Instead of being heavy-handed, she allows these elements to subtly play out in her characters’ lives.

As Brandy, Toole was particularly compelling to watch. Whenever she was on stage, she brought a sense of energy and danger to Brandy, which ultimately made the role more interesting.

Similarly, Sower's Jimmy had several strong moments throughout the play's course. His final speech — which finds him speaking in support of Friday —  was particularly well performed.

In terms of the overall production itself, this play takes time to get going. The beginning scenes would benefit from being trimmed down to let the action build faster.  The play also has a lot of characters, a few of whom could be cut to streamline the action. Scene changes could have also been orchestrated better to minimize long blackouts, which slowed down the play's overall pace.

Ultimately, Child of Friday was a solid first outing from All That Ish Productions.