Head to Garfield Theatre to feast upon a trio of modern horror films: "The Witch," "Hereditary" and "Only Lovers Left Alive." 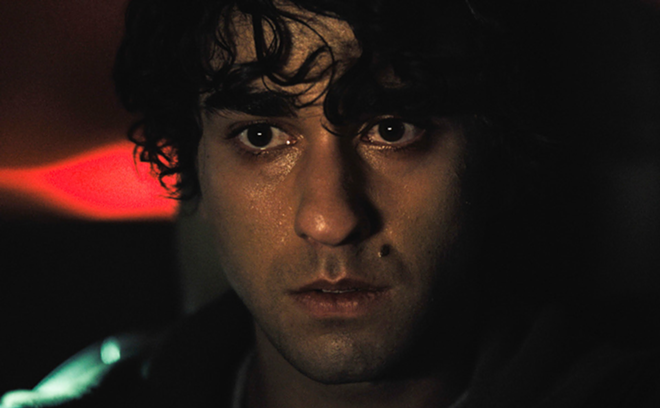 Courtesy of A24
Alex Wolf in "Herditary"

Halloween in adulthood is best celebrated as an excuse to delve into spooky madness via horror flicks. Take the marathon off the couch and into Cincinnati World Cinema’s Garfield Theatre with a trio of not-so-typical picks (that just happen to have very fresh Rotten Tomato rankings) on Oct. 27.

The marathon won’t serve up classic slasher gore-infused flicks, but rather two psychological thrillers and a vampire romance. The latter of which — we promise — isn’t in the realm of Twilight. (If you're looking for more classic fare, scroll through a roundup here.)

Attend one or all of the films (The Witch, Hereditary and Only Lovers Left Alive). $15 at the door and $10 advance tickets. And yes, you can get popcorn. More info: cincyworldcinema.org.

The lowdown: 2015’s much-acclaimed The Witch will kick things off with a showing Saturday (Oct. 27) at 4 p.m. The A24 film is a tightly-strung 92-minute slow burn. Immerse yourself into foggy, Puritan 17th-century New England. Think: Salem Witch Trials. Robert Eggers’ masterpiece is not jump-out scary, rather fragments will adhere to your psyche. Following a farmer's family whose youngest son disappears, it’s their elder daughter, Thomasin, who bears the blame. As the name implies, her other siblings begin to suspect her of witchcraft. Tension mounts into full-blown hysteria. Yes, this will scare you.

Equally disquieting is this year’s Hereditary (and also an A24 film), which follows with a 6 p.m. showing Saturday. The film begins with Annie’s (Toni Collette) estranged mother’s funeral. After — to put it short — things get very weird. The soundtrack is equally horrific. By amplifying small movements, it concocts a disorienting atmosphere, all wrapped around a portrait of what should be a typical nuclear family: A quiet younger sister (Milly Shapiro), a logical father (Gabriel Byrne) and a rebellious older brother (Alex Wolf). All that is frighteningly torn and deeply mired in superstition. The further the film delves into this broken family, the more classic horror tropes are flipped on their head and foreboding, dark family secrets are revealed.

Only Lovers Left Alive (2013) acts as the night’s finale. Two centuries-old vampires reunite, navigating their existence in modern society. Aptly named Adam and Eve (Tom Hiddleston and Tilda Swinton), these vamps are literal old souls with hip, artistic flair; Adam is a musician and Eve acts as his immortal muse. Their appetite exists for blood — they get it from a blood bank — but also for literature and music and aesthetic beauty. Jim Jarmusch’s rich, sensual and seductive film explores vampirism through the act of consumption — the way art can be devoured, and how blood could be akin to other addictions. Also starring John Hurt as Christopher Marlowe and Mia Wasikowska as Ava, Eve's more untamed younger sister.