The pinball-only arcade and bar is "the only place of this kind within probably four hours of the Cincinnati area." 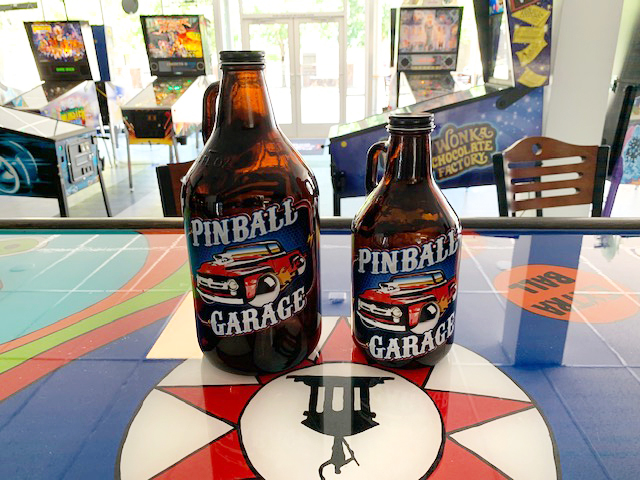 The City of Hamilton isn't playing any games when it comes to their exciting new business additions. However, one of the neighborhood's more recent ventures is sure to offer a good time.

Owner Brad Baker opened his pinball arcade and bar, Pinball Garage, over the summer in downtown Hamilton, with a slew of bars, restaurants, a coffeeshop and brewery within a several block radius.

The arcade inhabits the storefront of a factory building, which Baker uses to produce virtual pinball machines (you can download different pinball games to the machine interface) — his concept that was featured on season 7 of ABC reality television series Shark Tank.

He originally found the space as a location to house his manufacturing operations, but the city came to him with an even bigger idea.

"The City of Hamilton approached us after realizing what we do and asked if we would be willing to put an entertainment venue up front," Baker says in an email interview. "It was an easy decision after they showed us all of the amazing things that have happened and that are going to be happening in Hamilton over the next couple years."

The family-friendly arcade features over 30 vintage and modern pinball machines, with several rare additions including Legends of Valhalla, which, according to Baker, "is the only one you can play on location anywhere in the world!"

Games are played via tokens, which can be purchased with cash through the vending machine, or through credit or debit card in bulk. Baker says the more you buy, the more free tokens you get. For example, $50 in tokens gets you $60 worth, plus a sweet retro fanny pack.

Pinball Garage has a full-service bar featuring 24 draft brews in addition to dozens of bottled and canned beers. If you're hungry, you can order some grub from neighboring eatery All8Up, which offers subs, pizza hoagies, calzones and more, delivered to your table at the arcade.

Additionally, Baker notes that they have plans to welcome a permanent food truck to their parking lot this fall.

As a pinball-only game bar, Tracy Kocher of the Butler County Visitors Bureau says the arcade is "the only place of this kind within probably four hours of the Cincinnati area."

Opening a business during the pandemic is no easy feat, but the project — two years in the making — was adapted to provide an entertaining space for people to safely gather.

"Initially we had 40 machines out but had to reduce that to 30 in order to spread them out enough for social distancing," Baker says.

The game life is a family affair, according to Baker. He and his siblings grew up at their family's bowling alley and supply company, Carl's Bowlers Paddock, where they spent plenty of time playing pinball games. The youth-bred interest is also shared by his brother, Jesse Baker, who is the owner of the area's Arcade Legacy locations.

For more information about The Pinball Garage and to stay up-to-date on events, follow their Facebook page facebook.com/pinballgarage.