Here's What the Cincinnati Reds' Field of Dreams Uniforms Look Like

The Reds' uniforms are inspired by those worn by the club's 1919 World Series team.

Photo: Provided by MLB Photos
The Cincinnati Reds' throwback uniforms for the MLB Field of Dreams game on Aug. 11, 2022, include a white pinstriped cap with a vintage "C."

The Cincinnati Reds will go back in time during Major League Baseball's Field of Dreams game this week – and their uniforms will, as well.

MLB recently unveiled the special uniforms that the Cincinnati Reds and Chicago Cubs will sport during the Aug. 11 Field of Dreams game, which will take place in Dyersville, Iowa, and will serve as an homage to the Kevin Costner film Field of Dreams. In the movie, Costner's character builds a ball field on his land that draws the ghosts of legendary baseball players from the early 20th Century.

The Reds' and Cubs' uniforms for the Field of Dreams game will take on that historical dimension, MLB says in a release. The Reds' uniforms are inspired by the club's 1919 team, which was mentioned, of course, in the same breath as the Chicago Black Sox scandal. Sox player "Shoeless" Joe Jackson (played by the late Ray Liotta in Field of Dreams) and other members of the Chicago White Sox were banned from baseball after allegedly throwing that year's World Series against the Reds in order to make money from gamblers. The Reds won the Series.

The Cubs will sport cream jerseys with navy blue piping around the placket, sleeves and neck, and the team's logo is the vintage cub holding a bat in the center of a red "C." The uniforms are inspired by the Cubs' 1929 season, MLB says. See more uniform photos at the end of this story.

Fans can purchase Reds and Cubs Field of Dreams game gear from MLB or Fanatics.


More about the Field of Dreams game

The Field of Dreams game is a regular-season matchup that counts toward MLB season standings like all other games do, but instead of taking place within Cincinnati's Great American Ball Park or Chicago's Wrigley Field, it will be played at the Iowa filming site of the 1989 movie Field of Dreams.

Though MLB hasn't announced a Field of Dreams game for 2023, the event seems to be becoming a new tradition as well as an event with some prestige and revenue generation. The first Field of Dreams game was to have been played by the Chicago White Sox and St. Louis Cardinals in 2020 but was postponed due to the COVID-19 pandemic. Instead, the Sox played the New York Yankees in Iowa on Aug. 12, 2021, marking the first time that an MLB game had been staged within the state. Costner and the two teams walked out of the nearby cornfield as a tribute to one iconic movie scene. The White Sox won 9-8, and the highly anticipated game drew 5.9 million viewers. 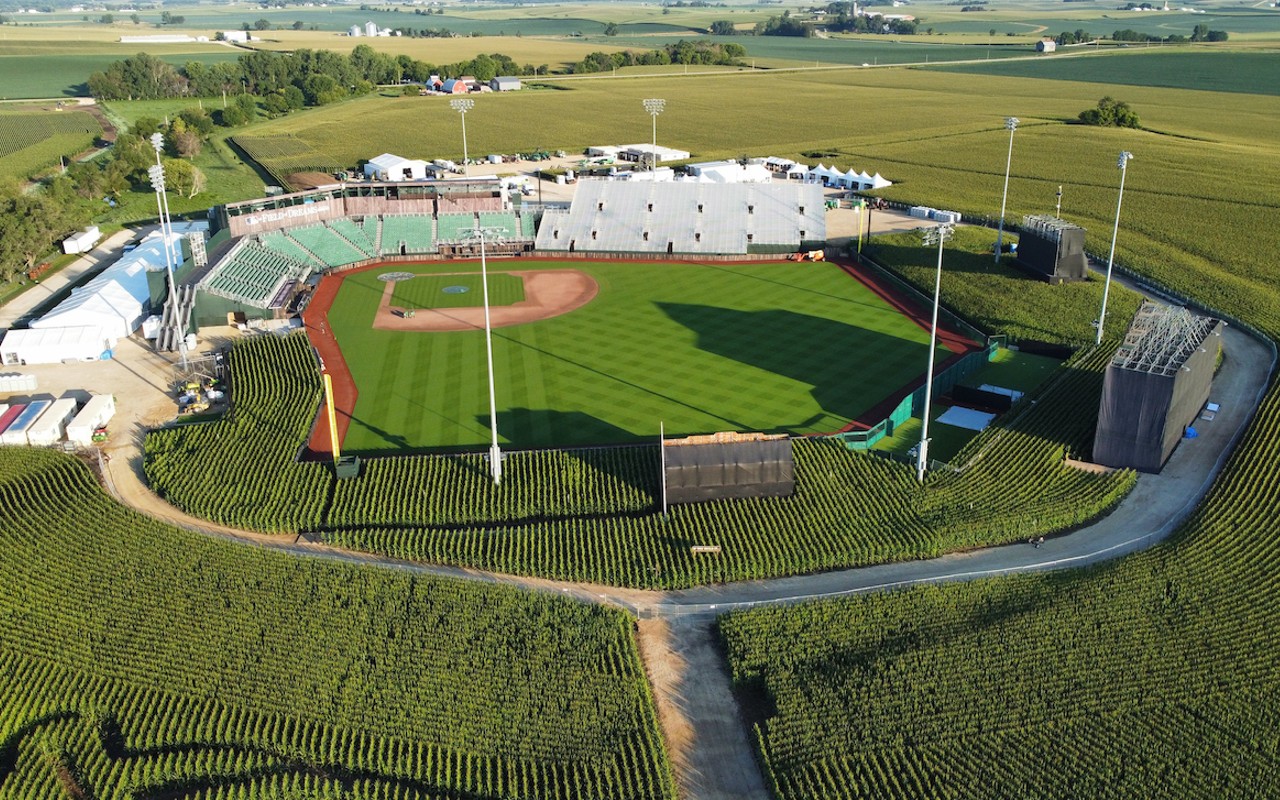 Young Cincinnati Baseball Players to Get National Spotlight Before MLB Field of Dreams Game: This week's players, who are 14 years old and younger, could wind up in the majors later.


Ahead of the game between the Cincinnati Reds and Chicago Cubs on Aug. 11, Major League Baseball will host two events to highlight players who someday could find themselves in the major leagues. First, a minor-league game between the Quad Cities River Bandits (affiliated with the Kansas City Royals) and the Cedar Rapids Kernels (Minnesota Twins) took place Aug. 9. That will be followed Aug. 10 with a youth game that includes players from Cincinnati's RBI (Reviving Baseball in the Inner Cities) program.

During a recent media briefing, Cincinnati Reds shortstop Kyle Farmer said that the Reds are preparing for the MLB Field of Dreams game in the same ways they do for games throughout the rest of the season. The Reds will play the Cubs in Dyersville for the Field of Dreams game on Aug. 11, will have a travel day on Aug. 12 and then will play the remaining games of the series at Great American Ball Park on Aug. 13 and 14. 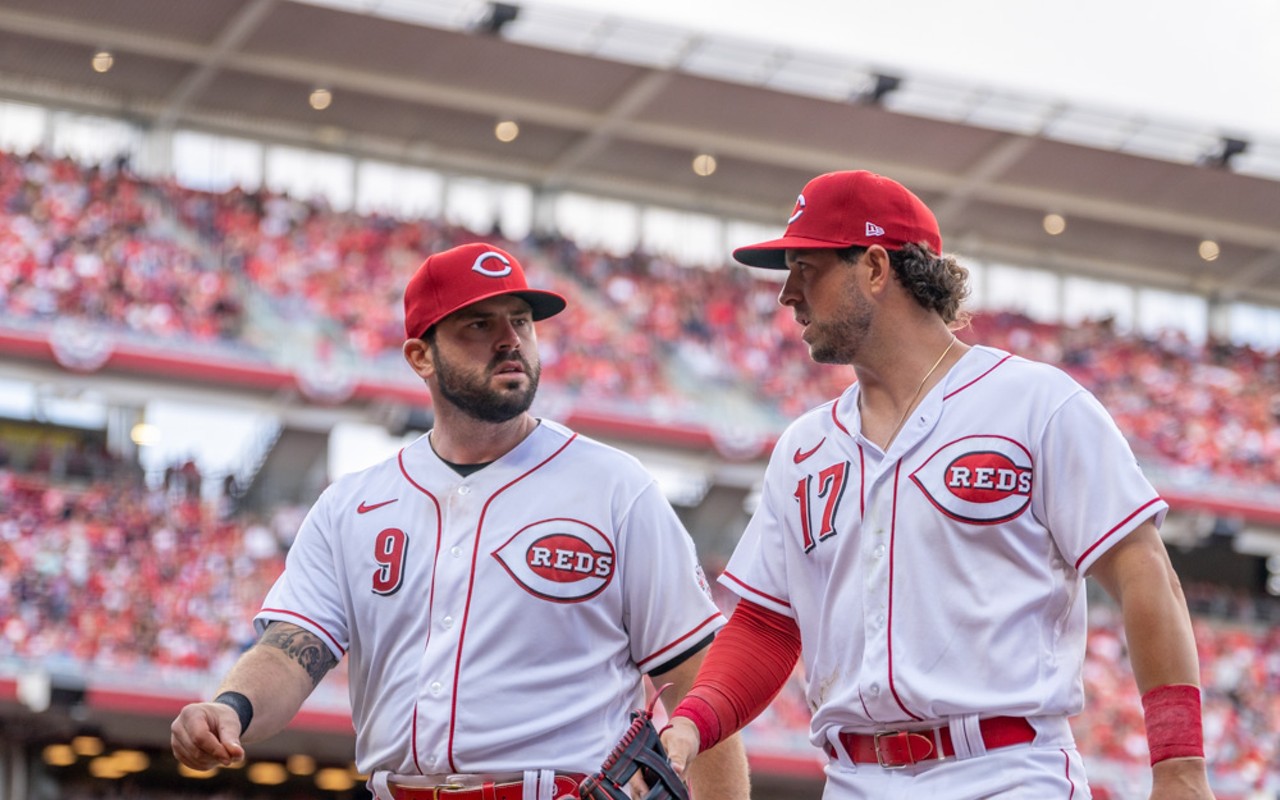 Cincinnati Reds' Shortstop Kyle Farmer Is Ready to Come out of the Corn for MLB Field of Dreams Game: Farmer says the Reds are looking forward to the ultimate tribute to the 1989 Kevin Costner film.


"I think the only difference is that we're traveling on a day that we were going to play rather than the night before, and then we have to, you know, prepare our bodies for that and kind of just have fun with it," he said. "You know, it's not going to feel like a normal baseball game, I guess you could say, but the bases are the same, distance to the mound is the same distance, so we're just going to have fun with it."

The Reds will play to win, Farmer said.

"Every game counts for us. You know, 162 games, every game counts, whether it's selfishly or for the team. We're out there trying to put up numbers and trying to win a ballgame," Farmer said. "Just a different atmosphere. It'll probably make us play even better. Who knows?"

Fans can watch the Cincinnati Reds in the Field of Dreams game at 7 p.m. Aug. 11 on FOX, FOX Deportes and the FOX Sports app. 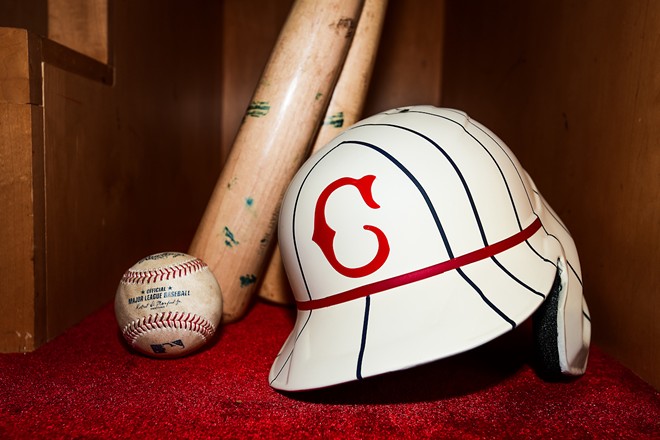 Photo: Provided by the Cincinnati Reds
The Cincinnati Reds' batting helmets for the Field of Dreams game on Aug. 11, 2022, boast a thick red band near the bend and a vintage "C" at the middle front. 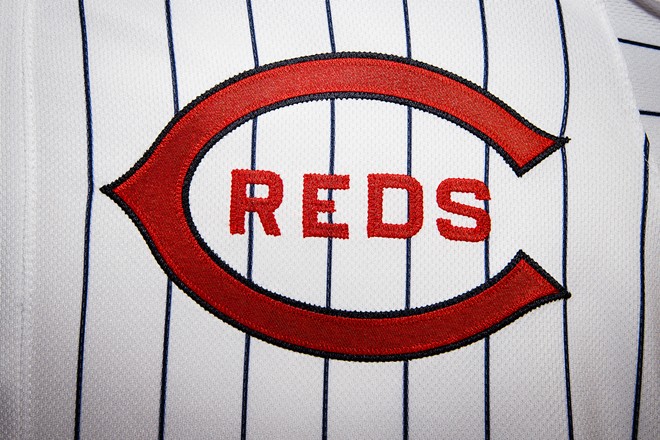