Listening to the new "weird" Radio Artifact, you can hear music but also talk shows about booze, art movies and more 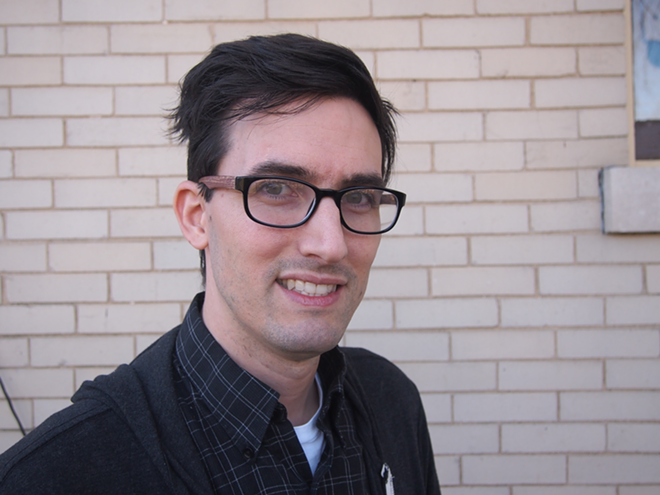 Urban Artifact’s live music presentations reverberate throughout the church-turned-brewery most every night. And, with all the recordings of those shows piling up, brewery owner Scott Hand says there was a way to treat them as a resource: Broadcast them.

“As that library has been building, we say, ‘OK, now what do we do with this?’ ” Scott says. “The first thing that came up was, ‘How about we just find a way to start streaming it?’ The (sound engineers) were super excited to just start this interesting project from scratch, which was essentially the task given to them. Like, hey, ‘We don’t have anything possible in place to start a radio station — let’s do it.’ ”

After a few months of working out the kinks in building the studio and setting up the tech to make the broadcast possible, on Oct. 1 Radio Artifact was born. The station has a keen interest in all things local, so it was natural that in addition to an online streaming option, the station’s broadcast would be available in small-radius frequency on 1660 AM. That’s reachable not only in Northside but at least parts of Clifton, Westwood, Mount Airy, Norwood, Camp Washington and College Hill.

While the shallow-reaching AM signal started out as a budget restriction, Hand agrees that it led to Radio Artifact establishing a distinct identity — particularly in Northside, where a good chunk of the shows’ producers live.

“Once we realized that was a thing that was within budget and within our technical feasibility, it fit perfectly with what we’re trying to do,” Hand says. “We were super happy that Urban Artifact got in first and is Northside’s brewery, and so this radio station is sort of Northside’s radio station.”

As the wheels were turning in dreaming up Radio Artifact, the guys branched out from the concept of broadcasting recorded shows and transformed it into a full-fledged radio station with an eclectic array of programming — part of the “weird” aspect of Radio Artifact. Jeremy Moore, booking coordinator and one of the creative minds behind the project, attributes this to Northside’s unconventional inhabitants.

Moore held a whopping 73 interviews with aspiring radio show hosts to fill the time slots, which now have a total of 34 shows, including a slew of music and podcast-type programming. Some of the more talk-oriented shows are The Charlie Tonic Hour, an all-things-booze podcast; Strange Talk, catering to skeptics and believers alike; and CinCinema Snobs, an hour of talk during Thursday rush hour for the cinephiles with an appetite for the more indie, critically acclaimed flicks.

For CinCinema Snobs co-host Mark Borison, the indie aspect that Radio Artifact plays up so heavily carries into the content of his show.

“We love movies off the proverbial beaten path,” Borison says. “While we definitely will see some big budget blockbuster-type films, our goal is to educate the audience on what we love about film — the way stories can be told through that medium is so infinitely interesting to us, and I think we’re constantly hoping we can elevate everyone’s love of media through our passion.”

Borison and co-host Holland Rains also try to keep it local, featuring as many regional filmmakers as possible. The next big segment on the show is an interview with a Hamilton-based producer of James Franco’s latest film, The Disaster Artist.

Fortunately, if you find yourself outside of the seven-neighborhood radius of the AM frequency, next on the docket for Radio Artifact is additional home 91.7 HD 2 — a wide-reaching FM signal available to anyone with an HD radio hookup, which Hand hopes will reach listeners in their cars. The HD FM signal started up at the beginning of November. It’s a sign, Hand says, that listenership is rising.

Find more information about Radio Artifact and programming at radioartifact.com.