Based on Issa Rae's popular web series "Awkward Black Girl," "Insecure" feels genuine because of its diverse cast and characters with realistic lifestyles. 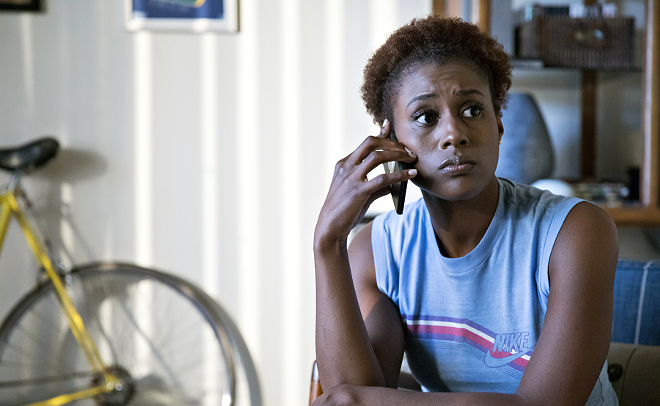 Issa Rae may call her breakout series Insecure (Season Finale, 11 p.m. Sunday, HBO), but the creator/star can take confidence in the fact that she is behind one of the freshest comedies on TV today. Based on her popular web series Awkward Black Girl, Insecure uses the familiar plot of exploring a young woman’s life, friends, relationships and career to interpret the contemporary black experience. The stories feel genuine not only because the diverse cast matches the real world around us, but also because the characters have very realistic lifestyles.

We catch up with best friends Issa (Rae) and Molly (Yvonne Orji) not straight out of college, but early enough into adulthood where they’re still working out the kinks. Nobody lives in a chic Brooklyn loft despite being unemployed — carefree NYC Girls they are not. The women have actual jobs, reflected in their home spaces, clothing and experiences. Issa works for a nonprofit, the humorously named We Got Y’all, helping students in lower-income schools. She has an undeniably and naturally cool style about her, but she’s ballin’ on a budget, throwing house parties and drinking cooking wine just like the rest of us broke late-20-somethings.

As a lawyer, Molly does have a badass apartment and beautiful wardrobe. In many ways, she has it together. But that doesn’t mean she’s devoid of work hang-ups, like when she accidentally opens the paycheck of a white male co-worker who, it turns out, undeservedly makes more than her. And when it comes to romantic relationships, both friends have their share of drama.

Last season saw Issa stuck in a stable but stale relationship, contemplating whether to stick it out with Lawrence (Jay Ellis) or revisit a former flame, Daniel (Y’lan Noel). She tried to swing both, but ended up alone. This time around, single Issa begrudgingly dives into the dating pool, still unsure of what she even wants. She and Molly both push away the men they pursue — Molly wants a relationship but sleeps with her friend’s husband; Issa seems to seek something more casual, but lands on guys who want to settle down. That uncertainty is something of a crux for this generation and in Insecure, relationships and especially sex scenes are relatable and realistic — perhaps to an unprecedented extreme.

Insecure masters the perfect balance of witty, laugh-out-loud humor, a splash of romance, great BFF moments between Issa and Molly and a dose of heartbreak. Rae’s voice is one-of-a-kind and so very funny — captured best when Issa is rapping about her innermost thoughts. When we catch her fantasizing or practicing interactions in front of a bathroom mirror, it’s a cross between an interior monologue, a personal pep rally and a freestyle rap session. Those moments are always a highlight. Reluctantly comparing Insecure to Girls, Hannah Horvath’s cohorts represented some of your worst features or those of the girls you might begrudgingly call your friends. But Issa is your oldest friend; she’s maybe even you.

The show, which has seen two seasons in less than one year, joins a small but growing pool of smart, compelling comedies dominated by people of color, series like Black-ish, Atlanta and Master of None. It’s refreshing to see a show dominated by people of color having very normal, relatable lives while still addressing the realities of blackness. Issa and friends are not the picture-perfect Johnsons we see in Black-ish, yet they live a more comfortable lifestyle than the up-and-comers in Atlanta’s Rap scene.

The Emmy Awards coming up on Sept. 17 offer a chance to highlight some of those contemporary, diverse stories. In fact, all aforementioned series are nominated — except Insecure. It’s certainly a snub — the show offers just as much hilarious, heartfelt cultural commentary, with as solid a cast of performers, writers (Rae included) and directors (the talented Melina Matsoukas) as the others.

But maybe Insecure doesn’t need Television Academy approval — the show is lauded by critics, celeb fans and viewers alike, and it’s already been renewed for Season Three. While Insecure Issa may still be figuring it out, the real Rae is destined for greatness.