Locals have done some excellent sleuthing on the piggy who appears to be wearing lederhosen. 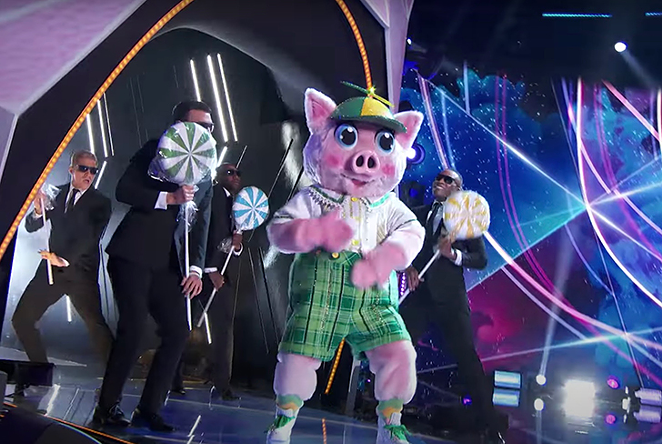 Although The Masked Singer Season 5 has not yet premiered, Cincinnatians already have their guesses as to who is in the Piglet costume, and they have some pretty convincing evidence.

The new season kicks off at 8 p.m. Wednesday, March 10 on Fox. New contestants like the Porcupine, Russian dolls, and Chameleon — just to name a few — will be competing against each other on the popular show.

But the Piglet is what has Cincinnatians turning into full-out internet sleuths.

Many are in agreement that former 98 Degrees member Nick Lachey is hiding under the elaborate pink costume.

In a YouTube video of Piglet singing, fans were convinced he was Lachey based on his voice. Lachey is originally from Cincinnati, or “Porkopolis,” as some Reddit users have pointed out. One YouTube user, Daya KK, even pieced together a video with clips of Lachey music videos and the Piglet video to compare.

Cincinnati is also known for the Flying Pig Marathon and German heritage — and the Piglet seems to be wearing a German-inspired costume.

One commenter on a Reddit thread says, “This has to be Nick Lachey. If it’s not I will eat my shirt."

Another user comments, “I see you Nick Lachey.”

Will Cincinnatians be right in their guess during this season of the Masked Singer? We’ll just have to wait and see.

Watch a first look at the season preview below.