Despite MLB canceling the Minor League's seasons this year, the Y’alls and neighboring Frontier League team the Lexington Legends will spit into two and play each other this summer 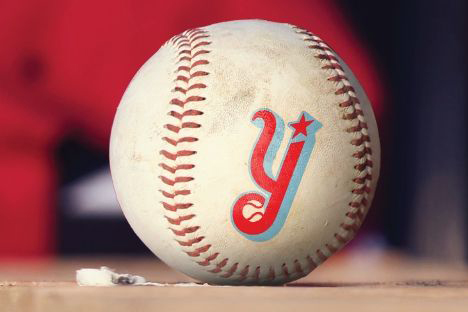 Baseball fans rejoiced when the MLB Players Association and the MLB front office finally came to an agreement last week on a 60-game season. The agreement ended weeks of worry from fans that baseball wouldn’t be happening in 2020. And although it is highly unlikely stadiums will be able to fill up with fans for most of the season due to COVID concerns, baseball is back, and we’ll take what we can get.

Unfortunately, with the announcement of the MLB’s return came the decision to cancel baseball’s Minor League season. Independent leagues have also been affected by budget cuts, furloughs and cancellations. The Frontier League, home of local favorite the Florence Y’alls, also recently announced the cancellation of baseball operations for the 2020 season due to the coronavirus.

However, this doesn’t mean the end of local independent baseball, as the Frontier League is allowing teams with less restrictions in their respective states to set up and continue their own baseball operations. In the spirit of keeping baseball alive, the Y’alls and neighboring Frontier League team the Lexington Legends have announced the Battle of the Bourbon Trail.

The Battle of the Bourbon Trail will see the Y’alls and the Legends form two teams each, four teams in total, to compete over a seven-week period starting July 31.

“We are thrilled for this new partnership and venture,” said Legends President and CEO Andy Shea in a release. “We know that Baseball at Whitaker Bank Ballpark has been greatly missed and partnering with David DelBello and the Florence Y’alls will bring that energy back to the ballpark.”

Tryouts for the Battle of Bourbon Trail are open to all who want to participate. The seven-week competition will likely see former and current Minor Leaguers, and former MLB players participating. The tryouts will take place at UC Health Stadium on July 20, and at Whitaker Ballpark on July 22. More details on tryouts can be found at florenceyalls.com.

Visit florenceyalls.com for information on tickets and scheduling for the upcoming competition.